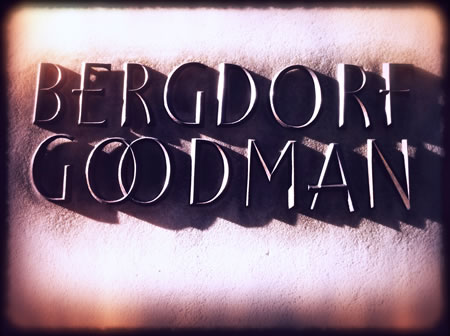 Bergdorf Goodman designing the street — where legendary windows own the sidewalks.

I reached to former CEO, Dawn Mello — the retail legend, a friend in NYC. And my other “Dawn” pal. Dawn is a rare breed — a kind of perfected myth of retail experience — many designers count their introductions into the fashion scene moving protected into full display under the guiding wing of Dawn Mello. Now, as a consultant, she’s still as spry as ever. And just as sharp in her knowledge of what’s happening in the retail marketplace, actively counseling brands on how to change, how to succeed.

I was talking to her about another legend — the streetscape ownership that Bergdorf Goodman commands in their presence during the Christmas season holidays.

Working as a design team in the past — even Bloomingdale’s, several years back — for different department stores, starting in the late 70s, our focus was on creating a thematic and audience-relevant positioning that aligned to merchandising strategies. It was our efforts working with the Nordstrom team, early 80s, that began to create a plan to develop a methodology for building powerfully integrated campaigns. Neiman Marcus, Bullocks, Wanamaker, Macy’s, Dayton, Target and other groups we count as clients in brand expansions in building campaign strategies, visualizations and integrated implementation.

After years of working in that space — the question might be: “how to?”

BUILDING CAMPAIGNS
The process for building a campaign approach worked out in the following sequence of events:

• Study and analyze trends in the market — what are the emerging standards in promotion? If there are movements — how could they align to brand and positioning or promotional story?
• Organize consumer trends — what’s a relevant positioning? There is the psychic space of the consumer — what fears, challenges, happy states might they be experiencing to synchronize brand and promotion?
• Align strategy and store intentionality — what makes sense to brand, to consumer relationships and the aforementioned insights? There will be a story for the brand — the department story and store; and there will be a story for the thematic approach. Question — what’s the story, who’s telling it, what is the voice and importantly — who will care?
• Coalesce the team — align departments, towards an assured and self contained goal, team-built and coordinated. And, this juncture — team alignment — being synced as the character of underlying strategy will build the momentum of the tactics to unfolding.
• Create a brand campaign session workshop — to build the team insights and aligned direction. Sparking the intuitive powers of the knowers — those that know the street, the brand, the story and the founding strategy will ignite relevant ideas and inspirations. With relevance, brand and story resonance can be the underlayment.
• Team session presentations — let the departments co-present the layering of ideas. With everyone having a chance to contribute, mutual building emerges; teams are aligned and feeling attached to the proposition.
• Define the strategic direction — and plan the build-out regimen, for the windows, the signing and environmental expressions; sync with the advertising and packaging alignments to orchestrate the campaign, shooting schedules, bag packaging.

Those, the old days, when lavish packaging and showplace displays were commonly expected: de rigueur — campaigns like these are less seen, the present era; and surely the issue of cost in integration is uniquely challenging; but it can happen, be simplified and compressed.

Talking to Dawn Mello — the method plays out, even to this day at Bergdorf Goodman’s. Posing the question, and answered — in her words: “we began working on Christmas windows as early as the previous June. The team (called “visual presentation” — meaning display department) would individually present ideas for the theme. Once the decision was made (by the dept chief), the plans went into work.

Some of the props were rented, others created “in house”…the idea was always to include fashion items into the mix which was a later development.

The Christmas windows have always been a source of pride and excitement at Bergdorf Goodman. Employees (not connected to the department) donate their time the night of the installment and many hours of work are involved.

I believe that you can use the present tense when referring to the subject. I am told that nothing much has changed and the windows are now more interesting than ever due to all the exciting props that are now available for rent.”

As Dawn notes, the concept of thematic display development begins well in advance. Dawn’s leadership approach focuses on a listening condition — letting people do their jobs well — in all the years of leading brands, from Bergdorf Goodman to her days managing the strategy and evolution of the Gucci brand, working with one of her inspired collaborators, Tom Ford, hers is one of strategic leadership. Creativity flows. Inspiration happens. Results occur. Relationships are built. Community ripples outwardly, in listening as experiencers.

Interestingly, the character of the concept of the windows at Bergdorf Goodman — a legendary, storied store and a powerful anchored positioning in NYC real estate — just north of Louis Vuitton and south of Apple store, at 5th Avenue and Central Park South, the clarion call of powerful displays is a yearly spectacle.

Thematic promotional display strategy is invariably ranged on the plains of the remarkable — amazing, even astonishing, presentations build the power of the retail design presence in a manner that is unforgettable. Bergdorf Goodman’s Christmas displays not only register to the mark of being mythic unto themselves, but they build in layered stories that empower relationships with the street side customers. Not everyone could hope to shop at Bergdorf Goodman’s — but seeing the windows on another world become a kind of aspiring inspiration. It’s compelling that the concept of the story, and the store, is employee built — even with people working on their own time to manifest complicated visioning of such masterful and manifold grace and wonderment.

The deeper psychic mythology of the symbolisms of Christmas time — whether the mystical birth of Christ, the ho-ho of Santa Claus’ magical ride of gift-giving, or the druidic celebrations of the passage of the dark of midwinter’s night, and the cosmic trees that hold up the stars in the bowl of heaven — will be part of the underpinnings of marvel and spectacle that can build the power of the unforgettability of emboldened brands.

To that sense, the magic of what has been accomplished, the windows, herewith below: 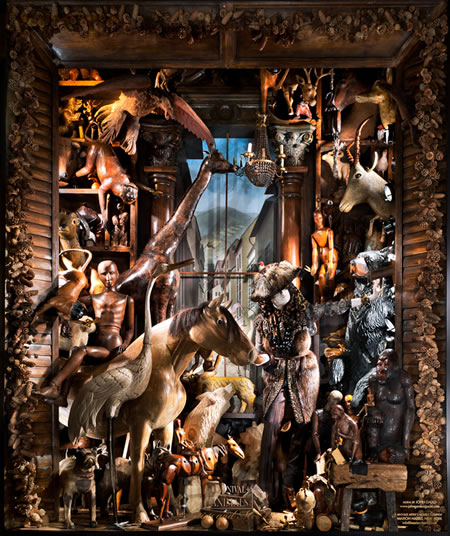 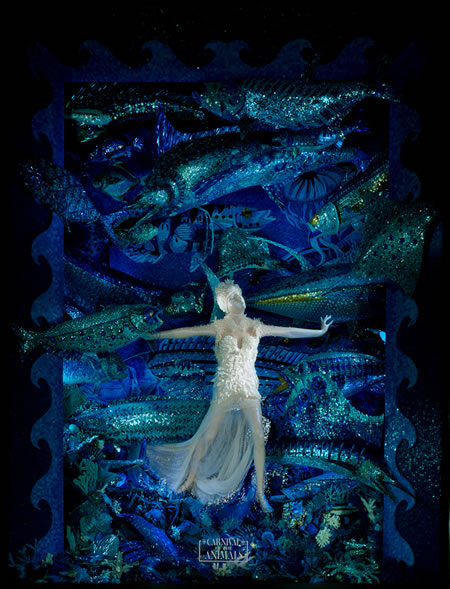 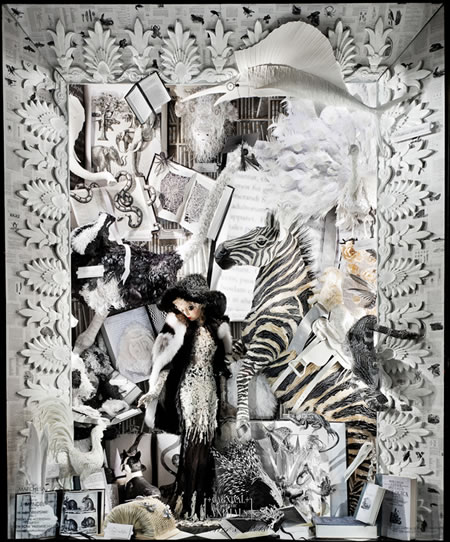 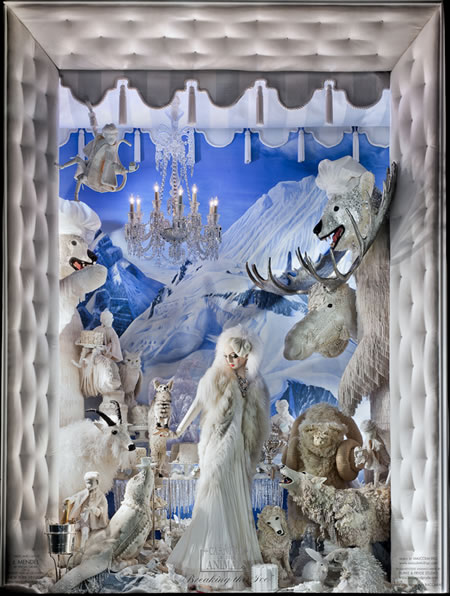 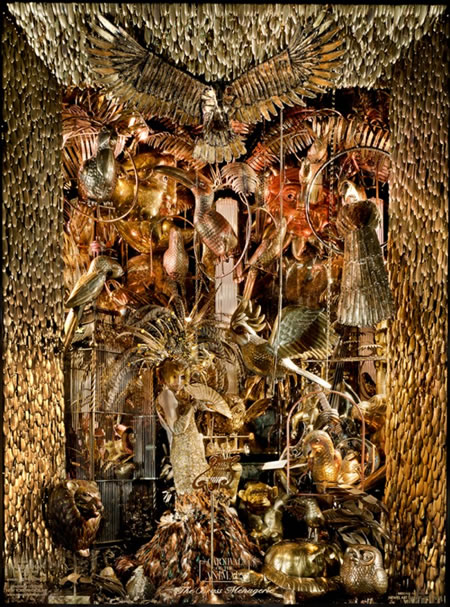 Dawn references the character of collaboration — the team development of theme and construct — and she also references the idea of advancement, to working well in front of the season. To our efforts that integration — the beginning of the strategy of 2012 holiday promotions — the opening meetings and build-planning for the event would be happening…
Right now!

Happiest holidays, in all your celebrations!

Customized, illustrative typographic design for motion picture titling design. First off, to clarify, we didn't work on Ghost Protocol, out today -- but seeing the opening campaign, as well as the film launch in Dubai (and working there reminded me of earlier efforts -- creating at the start, to define brand style for Mission: Impossible.…

Brands and the Quest for Meaning

Will meaningful brands empower the strategy of business direction: 2012? In these days, exploring the soul of brand in the human enterprise, we find the quest for meaning to be a recurrent theme. We are compelled -- in the trade of Girvin -- to explore the hearts, minds, emotions and passions of business enterprise. To…
We use cookies on our website to give you the best experience on our website. By clicking “Accept”, you consent to the use of ALL the cookies.
Do not sell my personal information.
Cookie SettingsAccept
Manage consent