The concept of the alignment of the principles of human branding and political figures isn’t new, but it might be suggested that the strategic launch of Barack Obama was more about advanced brand strategy, hybrid integrated media and links to community relationship building than any other presidential campaign in recent history. We’ve explored the sentiments of the concept of the human brand extensively — the link between story, human experience and personal positioning in relationship to an enterprise. We believe in the power and the passion of the person, in exploring the dimensionality of enterprise, and the emotional resonance of how brands work in story and community cycles of connection. 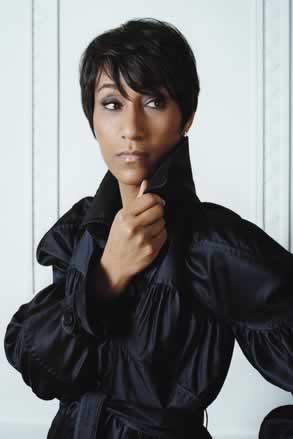 Given some of the recent challenges of Desirée Rogers, who we’d tried to link to, in support of introducing Trish May’s Athena as the official White House bottled water (instead of Nestlé), it was interesting to observe the resurgence of some commentaries on Obama’s brand. The notion of thinking of Obama as a brand, was significant in her strategy, but may, as well, proved to be her undoing. While in her opening expositions in the White House, she represented the exemplar of Obama coolness — stylish, black, sleekly sexy — and to her take, she would be ” the guardian of the “Obama brand” – and do so from center stage.

It might be proffered that the collapse of Ms. Rogers’ positioning, and the fallout of extreme bitterness in her forced departure from the White House, symbolizes the challenges that the Obama brand has faced in the notion of trying to reboot Washington, D.C. and the complex wagering that goes with the role of being the chief arbiter of navigation for the United States. It’s an entrenched world.

Ms. Rogers is a long-running friend of the Obamas, from Chicago. She’d linked to First Couple because her ex-husband went to Princeton with Michelle Obama’s brother. She excelled in networking with the electrified (and electrifying) connections of power, from sitting with Anna Wintour on the front row of the runways in FashionWeek in NYC, to posing for a magazine interview wearing a $3,495 Jil Sander silk pleated dress and $ 110,000 Old Mine diamond earrings.

That’s strutting, mightily. And she was surely “scene.” Pricey and conspicuous — to the degree that she and Michelle argued over her exposure, particularly in relationship to what it represented for the Obama brand — a cross between the significance of a global role, a shining new societal beacon for the D.C. crowd (and Chicago) to a advocate of “new hope” for the beleaguered American, middle and lower class masses. Her messaging was confusing — holding the stanchion of the brand standard for the Obama clan, yet seemingly directing her own “brand” of party.

It was during the Wall Street Journal interview, she remarked that “we have the best brand on Earth: the Obama brand”, adding: “Our possibilities are endless.” The “crown jewel” of the brand, the former marketing executive, opined, was the White House – which she compared to Unilever’s Dove symbol – and the key to success understanding “what your customers want and need”. But it was perhaps that personal blending of brand — Roger’s own — and that of the Obama’s that lead to the entanglements that forced her out.

It might be said that her crash to earth in the management of the brand Obama happened in November of 2009, when three gatecrashers managed to get into Obama’s first state dinner. She fell hard. Rogers was not supervising the gate, but inside the event, holding party — resplendently dressed in a gown designed by Comme des Garcons. She didn’t know how to manage parties, but play them: since she had remarked in an interview nine days into her job that for the consideration of priorities she “put party planning at kind of E” on her list of actions.

The Obama — and White House — reaction was swift. Summoned by Congress to account for the security lapse, the White House – which had come into office promising a new era of transparency – forbade her to attend, citing a constitutional “separation of powers” issue. Then, perhaps, in typical D.C. fashion, the mongering began. Followed by an expectation of resignation, fellow Obama cronies like Valerie Jarrett – who lives in the same Georgetown apartment block – cut her off from any type of connection. She was “poison,” brand-poisoned, perhaps. And then news of her resignation was leaked before she could line up another job. According to Tony Harnden, a Washington correspondent from Sydney, “all along, White House aides now confide, Rogers was a show horse rather than a work horse, someone who boosted herself at the expense of the First Couple and viewed the Obamas as a business.” 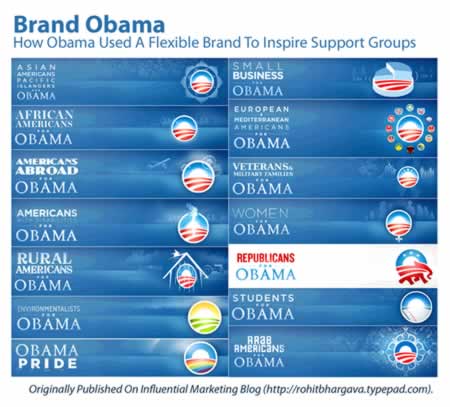 The idea of thinking about Desireé’s remarks about “the brand called Obama” are not new, it’s merely how, in the end, she managed the brand in relation to her brand. And the allegory of her sitting next to Anna Wintour is a curious alignment of a similarity in storytelling and brand — for one, it might be said that instinctual drift that, issue by issue, pushes her staff (and her ubiquitous creative director Grace Coddington). Important to be thinking about that idea of what you’re standing for – what story is at the top of the sphere of priorities.

The key to the human brand positioning really relates to the embracement of story — by the teller — in the construct of building the brand. We all know, well, the power of Obama’s telling. And many of us observe some of the challenges that he’s facing now. While Ms. Rogers knew she was in trouble when David Axelrod summoned her to his office last spring to scold her, it’s likely she anticipated it would be the beginning of the end. The nature of the brand Obama, and what transpired in the management of that brand is: what’s the story, who’s telling it, and who cares? The blaring image she was projecting was jarringly difficult for many in a time of recession, especially her resplendence, dress, luxury and jewels, while millions were losing their jobs. Mr. Axelrod was as bothered by the words and her discussion of “the Obama brand” and her role in promoting it, pushing her personal sense of mission, according to insiders on the scene.

“The president is a person, not a product,” he was said to tell her. “We shouldn’t be referring to him as a brand.” The point might be the legacy — it’s where he started, and now, with the emerging challenges of trying to build the first empowered legacy of action in the Obama healthcare initiative, he’s finding that perhaps that brand is slightly tarnished by the dimming of that glimmer of hope, that bounded the hearts of millions, in the third quarter of 2008.

Brand is fire; it’s the passion that drives the story. We’ve been telling that sense of empowered captivation for years — and the spinning of enflamed and visionary commitment continues to drive the dimensions of this human link and business — still going forward.

The Character of the Alphabet and the Maze of Knowing, the Real and Uncertain. What's real, anyway? And -- to the question of "any way, which?" what is the right "reading"? There's a mystery in the alphabet -- one, ages old and powerful -- and one that relates to the notion of messaging and the…

Apple and the i: iPad and the brand concept of prefix brand nomenclature conceptions What's behind the i? As an Apple evangelist -- a missionary, perhaps -- (a student) for me it's been about the exploration of brand legacy. I go back with Apple, and I stay there, some might say, in the early years…
We use cookies on our website to give you the best experience on our website. By clicking “Accept”, you consent to the use of ALL the cookies.
Do not sell my personal information.
Cookie SettingsAccept
Manage consent