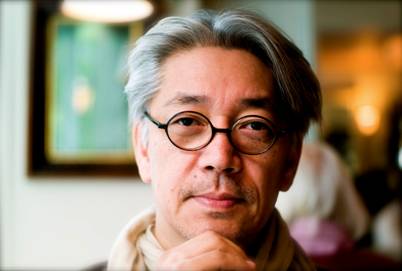 Linking up with friend Josh LaBelle, creative director, musical maestro at Seattle Theatre Group (I used to be a board member there), I had the chance to reconnect — after decades of watching, and listening — with the pianist and performer Ryuichi Sakamoto — at the Moore Theater. The idea of syncing Sakamoto and the premise of the human brand links to his linear sequence as a performance asset — which is not only about the idea of his activities as a genius of creative unfolding — but about the asset that he represents as an explorer; it’s about finding a thread, and testing the wavering resonance of it — the vibe of direction.

The compelling thing for me relates to the notion — the red thread — of history and evolution — experiment and imagination. When I’d first linked to his work, it was in Tokyo — YMO or the Yellow Magic Orchestra. That was a heady and delirious time — the 80s, and the beginnings of my movement and working developments there in Japan. All of the work there was for the Japanese market, it wasn’t that I was an American, doing American design for Japanese kaisha. It was more about design for the Japanese market (and south east Asia and China). Doing that, means that you know the market and can translate that legacy. We did. We do. 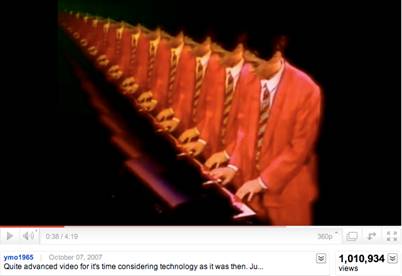 And from there — from super Japanese technopop and a monster cult following — to his work wrapping around the piano and cinematic work. Some earlier notes on that front, that time.

Maturing, is one thing. Exploration and experiment is another. That voyage is something to study, the creative explication, soul-finding. The thing that is compelling about the nature of Sakamoto’s compositions is the asian tinting of nearly Satie-like framings of melody, with a breath of Debussy, that impinge on the delicacy of his pianistic notations. 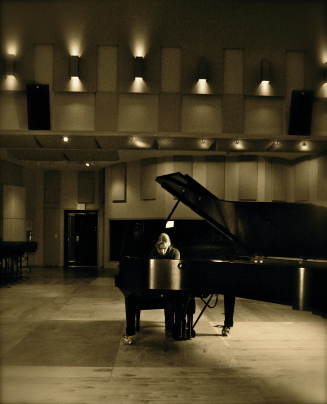 Sakamoto in performance, from his press materials

There are lines of song that seem extraordinary fragile — even tenuous and exploratory — that then carry the atonal, asian scaled flavor that move (me, at least) into another recollection of dreams and imaginings in Japan, and other asian memories. The real power of Sakamoto, my take, is the legacy of thoughtful and engaged experiment – the thing that I truly admire, in the heritage of watching him work and move over time; it’s decades of meditation. 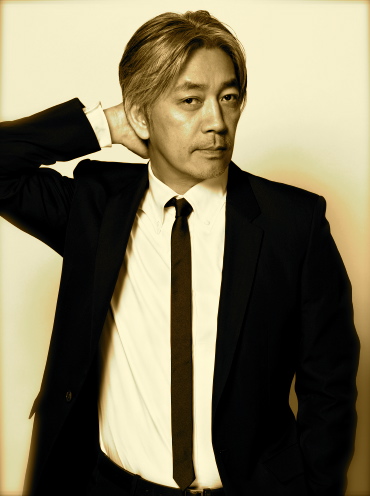 If the haunting drift of “The Sheltering Sky” or gestures in the closing sounds of “Babel“, the soulful “Merry Christmas, Mr. Lawrence” are recollections of impact, then you should walk into Sakamoto’s world — something fabulously rich for examination and contemplation. Deep mind, his — these wanderings. 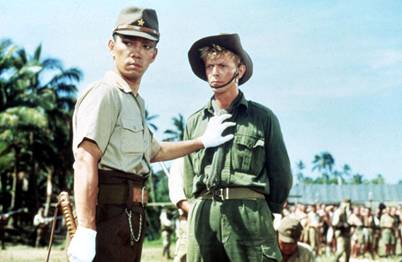 Sakamoto and Bowie in the film “Merry Christmas, Mr. Lawrence.”

There’s an attractive overview, speaking of his current tour and what he’s exploring. Wall Street Journal. 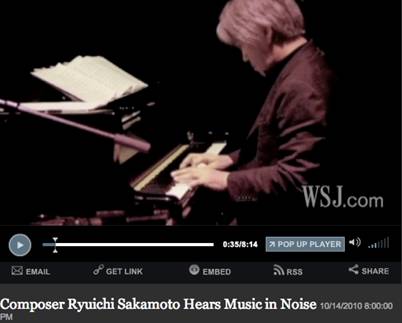 Some live content, performance and observations. Interestingly enough, the current tour recalls something — his greatest hits — that he’s avoided, especially given that he’s not toured in 10 years. Now, one part of the concert touches on rethinking these compositions, while the other examines the attributes of “noise, silence, interpretation.” 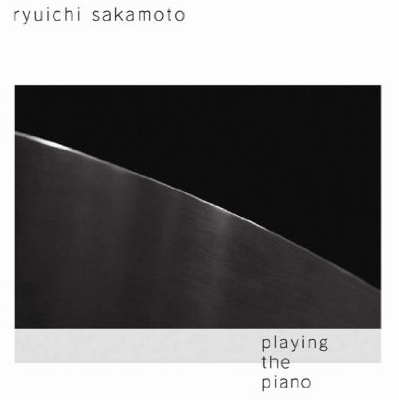 In contemplating others, that explore that space of intellectualizing and examining the power of the piano — John Cage, another recent reflection (http://www.nytimes.com/keyword/john-cage) — walking around the concepts of silence and noise, the gathered sounds of meaning and absence — it’s all a beautiful thing. As Sakamoto came onstage, in the complete dark — hints of diaphanous wraps and whiffs of smoke, an incense perhaps — I thought of the pregnant moment in Cage’s work — where the performance was just that: the quietude of nothing playing whatsoever.

Grateful for having shared — those worlds.

The Care and Nurturing of Brands | An Early Steve Jobs Discussion

EXPLORING HONOR, TRIBUTE, CARE IN THE MAKING OF BRANDS. Rethinking difference in the re-making of Apple principles. "Marketing is about values. This is a very complicated world, it's a very noisy world. And we're not going to have a chance for people to remember a lot about us. And so we have to be really…

What's being said, the framing of design, in the containment of fragrance. Ancient containments | Museo Santa Maria Novella, Firenze (Girvin) Pierre Dinand, story and Girvin: collaborations, explorations and ideals: perfume bottled, scent packaged, story told. Designing the containments of bottles of perfumes is a legacy that extends thousands of years -- from the smudging…
We use cookies on our website to give you the best experience on our website. By clicking “Accept”, you consent to the use of ALL the cookies.
Do not sell my personal information.
Cookie SettingsAccept
Manage consent