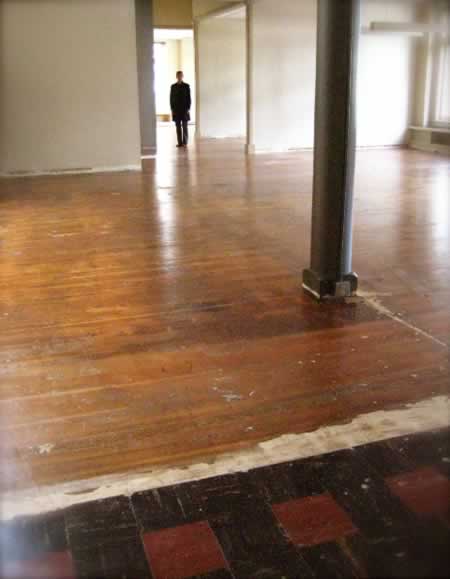 Girvin is moving, after a couple of decades in the same place<. We'd created GIRVIN | Seattle, at the corner of 2nd and Pine, near the Pike Place Market as a statement, literally “owning” a floor. Coming from working in a series of lofts on the waterfront, I’d long been interested in the idea of creating a place that we commanded completely. And, in our thinking, it was about practicing what we preach, about telling a story that comprehensively expressed an ideology. Over time, that vision, in the 90s, lead to two floors and employing nearly 90 talents. But running a firm of that size is different than the small team that we began with, starting with a party of one, in the late 70s. And in competing with the global giants of design and corporate messaging and identity, and being for a decade, consistently, the number one graphic design firm in Seattle, and one of the largest on the West Coast, I realized personally, that it wasn’t the size, but it was the commitment to creative — and my personal concepts of attention that were far more important. That is, in the management of a firm of that scale, literally, where was Tim Girvin? Some entrancing clients queried, “is Mr. Girvin still alive?” A good question, in the 90s. Was he?

In fact, during that time, I was far more compelled to be the incessant pitch man, than I was the actual creator of work. Rather than being the firestarter, I was constantly putting out fires, addressing client needs and capitalizing resources to match the hunger of the firm, and the nature of our relationships. Frankly, I wasn’t having any fun. I was not the principle of Girvin, but rather merely the principal, running the operations. During the close of the 90s, with Black April well in play — the collapse of the overvalued internet stocks, and the progressive rippling out of collapse on dissolution, many of our clients died. 9/11 was another sequential expression of diminution. And in many instances, we were in the wrong business at just the right time. While the modeling of being the one-stop shop was emerging as the right thing, so too the trends — then — for an increasing micro-specialization. So the studio teams, like industrial design, motion graphics, entertainment design, copywriting, brand ideation and innovation, internet development, packaging and environmental graphics and built environments as well as other specialities — once, the purview of a conjoined practice, found themselves struggling to meet their budgets in trying to be a part of an integrated team in action. Clients, literally, didn’t necessarily expect that “everything” would be coordinated by one group.

We changed, we downsized, we evolved. But in the mixture of things, we found ourselves — and I found myself — returning in the early 21st century, returning to a practiced positioning as a strategist and designer focused on the heart with which I began. Finding and illustrating soul, in the context of business practice.

So, literally, we found a firm that was interested in taking over our space — completely — even retaining some of the sculptures and designs that expressed the character of our brand, while we moved to a newer, smaller environment. And for me, while we are doing this work, of moving and reorganizing, from one place to another, it’s been a matter of commitment in seeking again, finding anew, the flower of creativity upon which once, my heart first opened. I was trying to get back to my roots — which is surely about the power of the story, the sense of spirit and force, but as well about retaining the exemplar of beauty in making creative place for our teams as well as our client relationships and the community that gathers around Girvin. 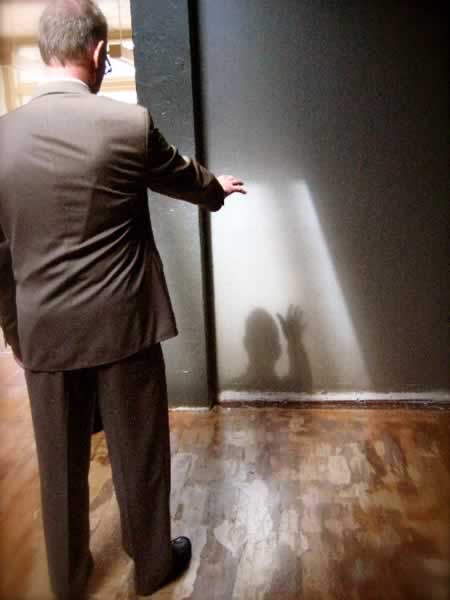 Simple, reigns. Our new place will be about the work, and working together — serving our community of friends. And rather than being spread out over thousands of square feet, with numerous “conference” rooms, our teams will be within ear shot of each other. Still, too, the spirit of the new creative is more about fluency than it has been in the past, and especially the 80s and 90s, of discrete specialization. Younger designers are more resilient to the complexity of communications, crossing media with greater liquidity than in the past. So, these days, the idea of information architecture, packaging and containment, environmental graphics and wayfinding, place-making, printed materials and other tools of felt and touched communications are elements that might be handled by one person, rather than spread out over five people.

In looking at place, and the creation of environment, as well, I find myself (literally) looking attentively at things, in place. What is the “archaeology” of brand experience and how might that be exemplified in the touch of holistic presence. And, in this symbolic blog entry, I look to the floor, the foundation. So rather than burning out, sanding to newness, the earlier layers of occupancy, I look to the art of what’s been expressed, and what could be retained, to tell the story of who’s been there, now that we are (not quite yet) moving into this new world of creativity in situ.

I’ll close with these — the idea of looking into things, and savoring the wabi-sabi of the truth of what is extant, what is in place, and what beauty can be found — and celebrated — in the experience of the present. 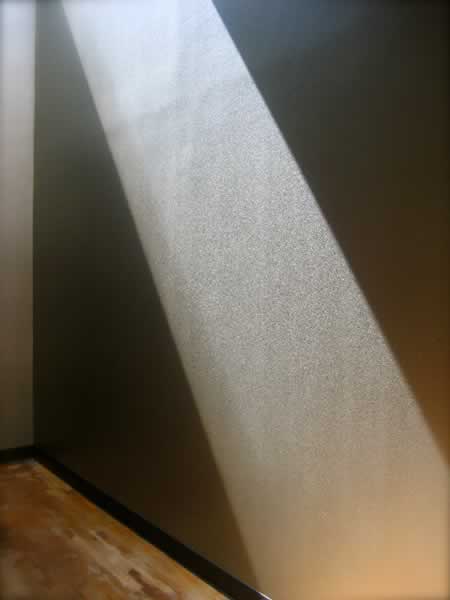 The floors, (a glancing sun beam) and the art, therein: 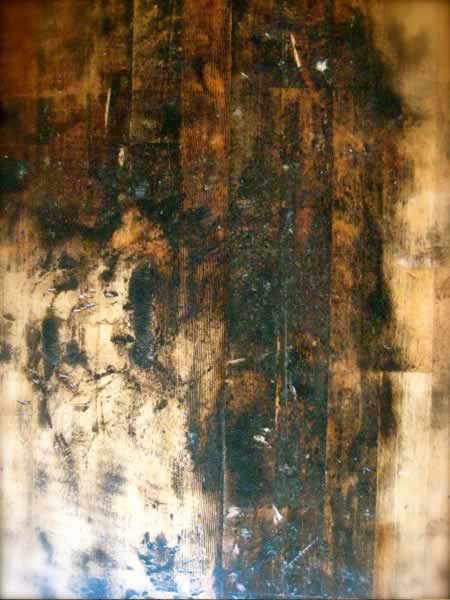 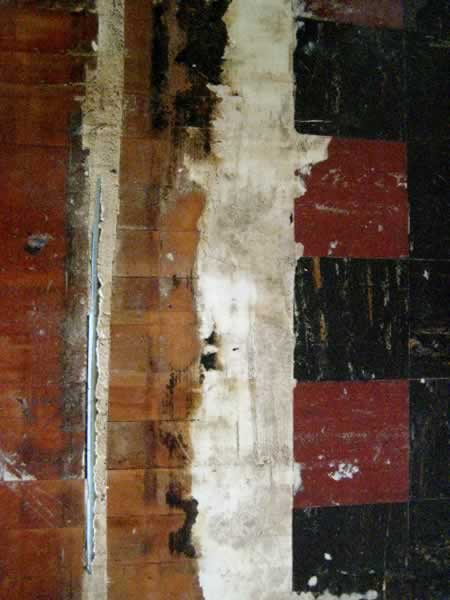 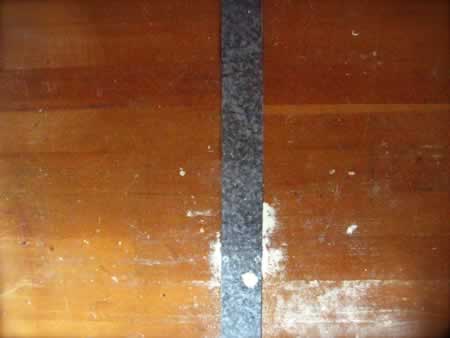 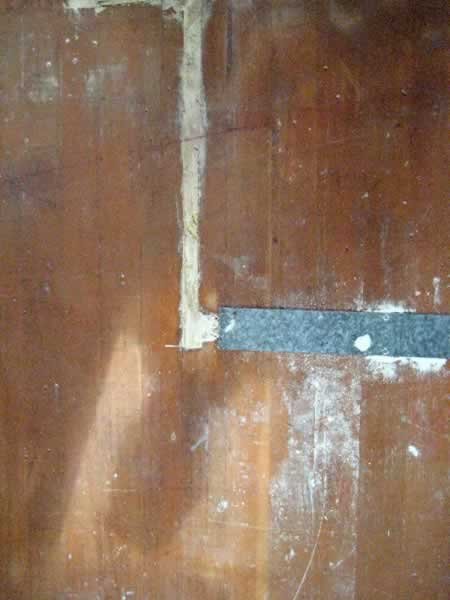 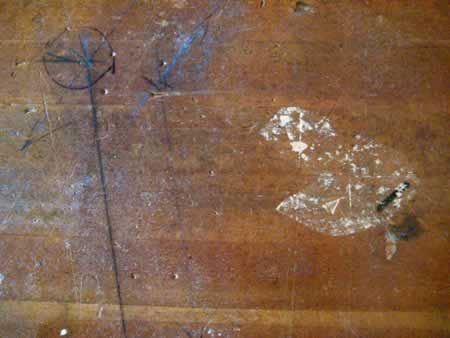 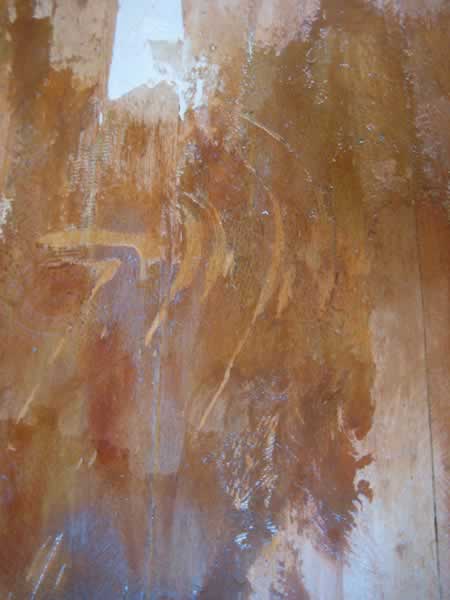 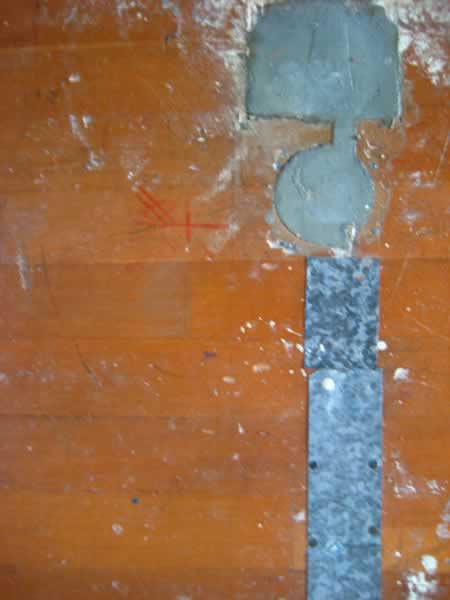 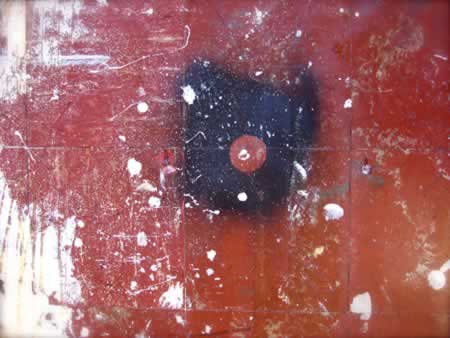 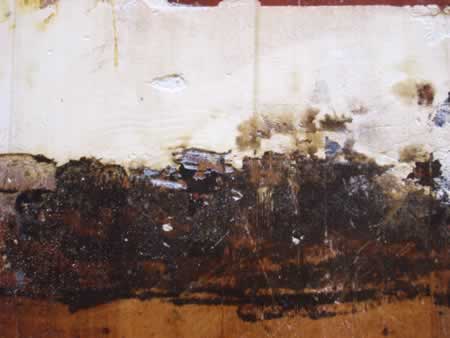 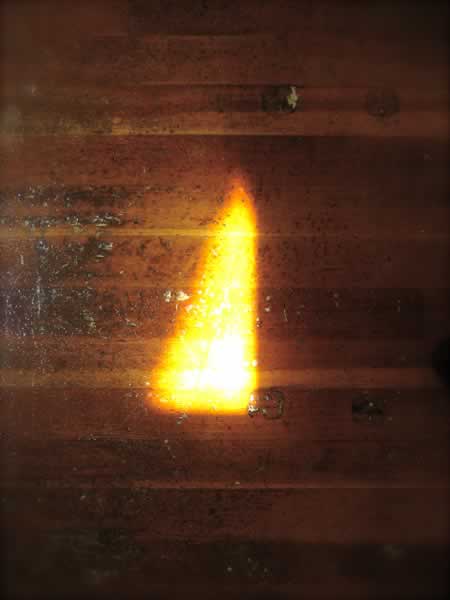 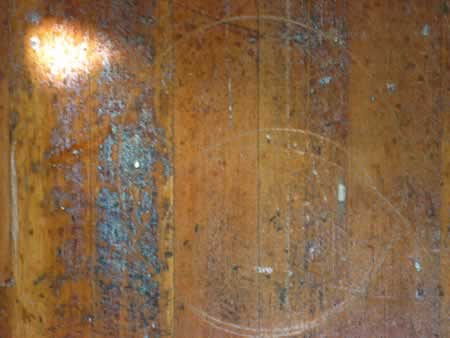 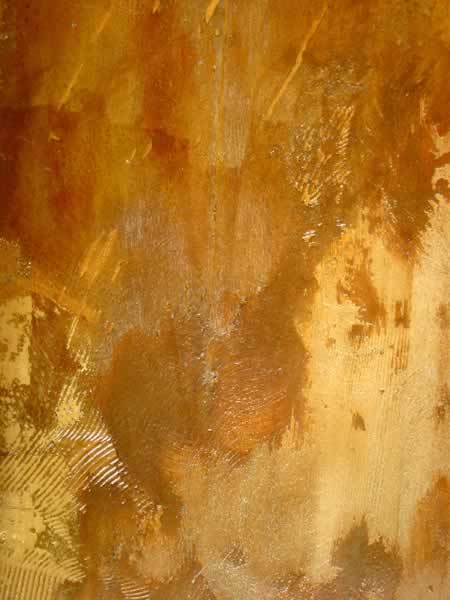 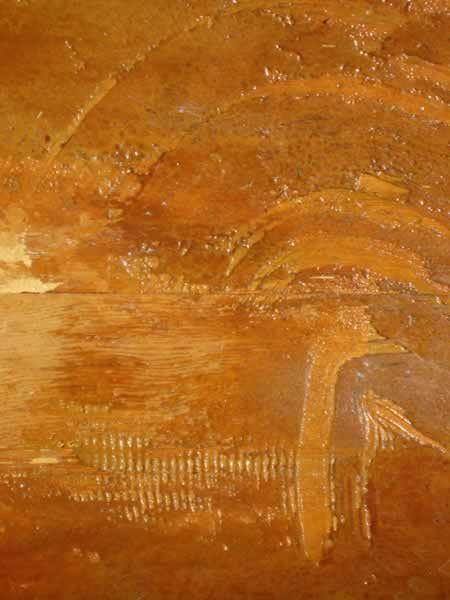 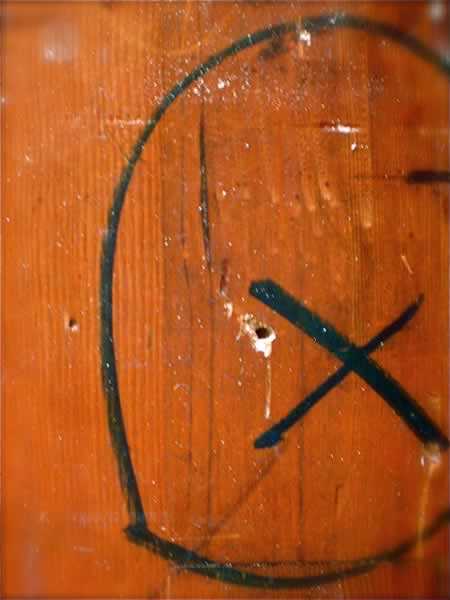 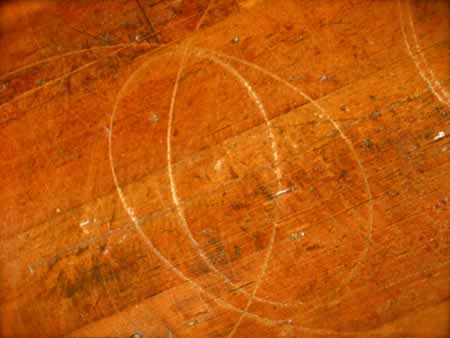 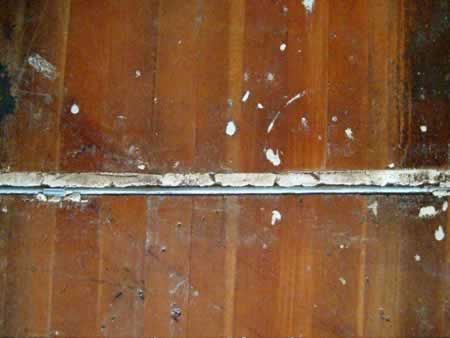 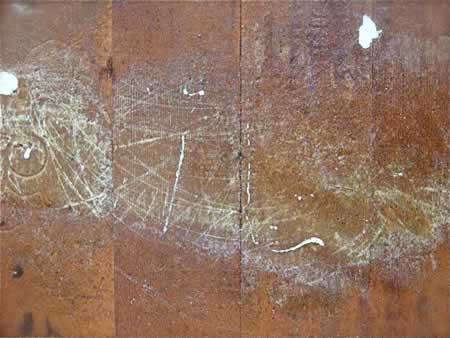 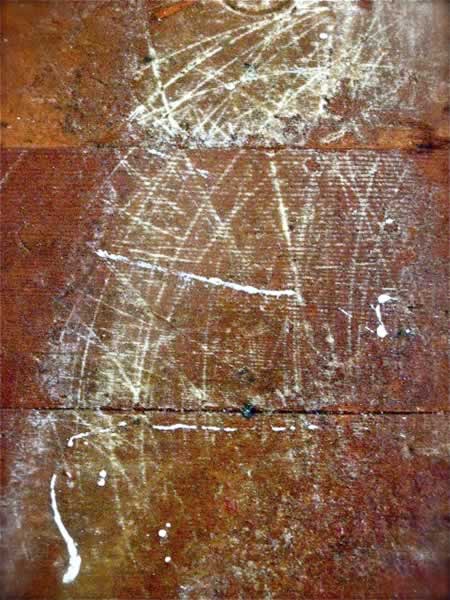 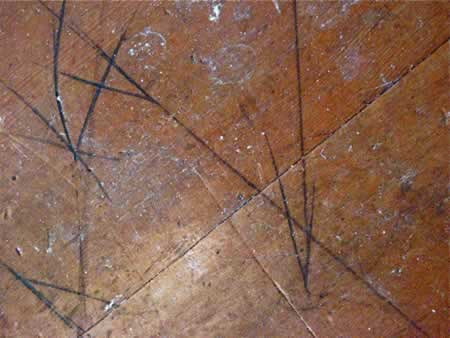 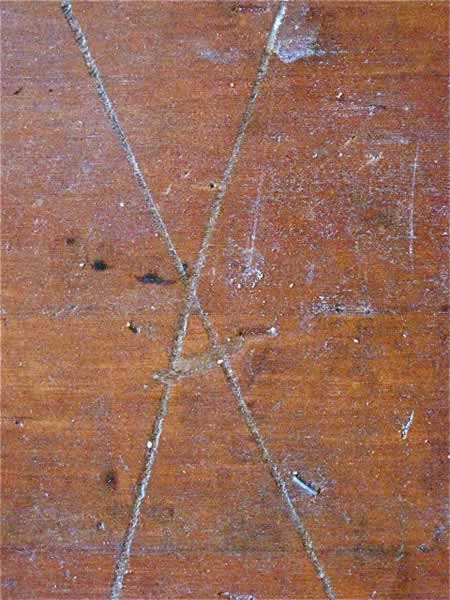 Here’s to something new, that is, inherently, old — that reaches to refreshment and new statement, but in fact, evinces the presence of that which existed before. And in all the brand work that we do, it’s about that — reaching into the heart of experience, finding what is warming, what glows there, and telling that story in a newly vitalized manner: a practice that has worked on brands that are hundreds of years old, to more than a century in existence, to brands that are 50 years, 25 years, 10 years, 5 years — and those, in beginning, that start: today.

Branding and the humanitarian agenda

Human brands | the spirit of brand development in the context of cause related marketing There is something to the travails of the human condition in communicating the benefits of solutions that many organizations attempt to express, in terms of the uplift that they offer. There is a challenge in balancing the sense of implied…

Twitterstory as the last line of defense, offensively. Twitter is a storytelling tool. Every person tells a micro-story in the 140 characters of text that are tied to the messaging output from many tiers of devices. To the brand, the personal brand, the legacy of the story reaches out -- and sometimes offers insights into…
We use cookies on our website to give you the best experience on our website. By clicking “Accept”, you consent to the use of ALL the cookies.
Do not sell my personal information.
Cookie SettingsAccept
Manage consent