The Care and Nurturing of Brands | An Early Steve Jobs Discussion 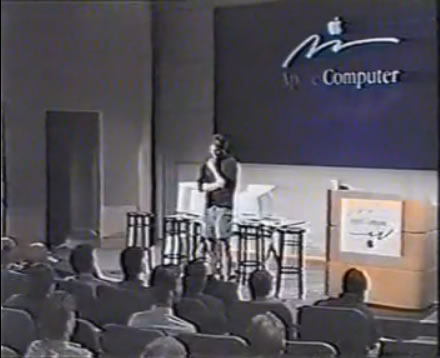 EXPLORING HONOR, TRIBUTE, CARE IN THE MAKING OF BRANDS.

Rethinking difference in the re-making of Apple principles.

“Marketing is about values. This is a very complicated world, it’s a very noisy world. And we’re not going to have a chance for people to remember a lot about us. And so we have to be really clear about what we want them to know about us. Even a great brand needs investment and caring if it’s going to retain its relevance and vitality.” Steve Jobs

Storybrand. The idea of a story and the equation to brand is an expression of persistent exploration for me (and Girvin.) I think it’s coming on 20 years since I first started talking about the link between the two. But it could be that — in the beginning at least — that alignment might’ve come from a personal “defect” in terms of how I learn. My first big presentation on brand and storytelling for a formal crowd was presenting at the “new thinking” forum at P&G, the headquarters, building 1 auditorium, downtown Cincinnati. Scary — trying to frame an idea, but it was meaningful for me, and A.G. Lafley and Gilbert Cloyd were there. That was a start.

Synaesthetic seeing. I believe that the reasoning why has to do with my own mind, how I think, organize, recall and what I believe in. That is — given my educational “challenges” — I tend to learn in differing ways than conventional “students.” For one, it’s about seeing things. I tend to think about messages and visuals as being transparent and floating sleeves of content — dimensionally, they drift and slide, words co-mingle with imagery, and they move, sound and shift back and forth on each other.

I can well recall, listening to storytellers during my grade school years, putting my head down on the desk and visualizing what was being said. I didn’t need to look at the teacher and see her turning the pages, instead I took it inside — I could see the story in my mind. As well, that idea of visualization usually is linked to other sensations, all at once — sight, scent, hearing, the imagination of touch, balance and recollection, intuition and re-cognition. They fold together.

Brand expanse. Thinking about brand in this more emotional construct, involving the sense of feeling in place, that storytelling proposition becomes spherical — it rounds out; it’s whole. And when it comes to that, the notion of feeling, it isn’t just about the idea of designing a place where everything is “just right, on brand” it’s about what the feeling is.

Honor. Steve in the video link noted, talks about ideas that reach to this more emotive space in capturing imagination and storytelling — to marketing a positioning story. 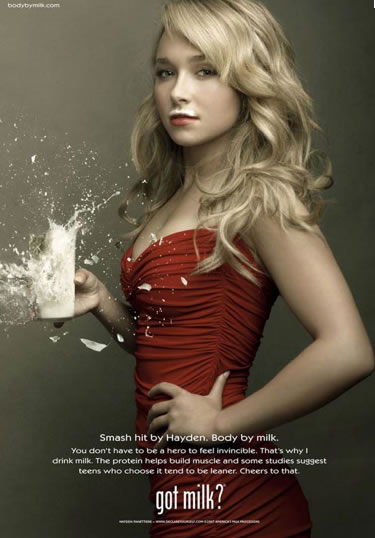 He references the idea of the “Got Milk” campaign positioning as one (founded on a [as he puts it] lie — “milk is good for you”) but two, as framing the brand offering as a defined “absence” — the question is, “do you have it?” 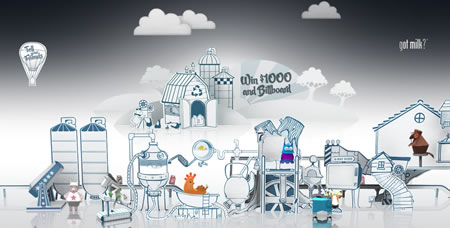 In a way, that’s positioning the brand — one story, sequenced on another — that’s evidenced in the earlier boost of the campaign, as well as in the site — a rural amalgam of strumming swing and percolating reaches to different brand attributes. These are values — these are the ground of framing an offering in the spirit of higher intention. Got belief? 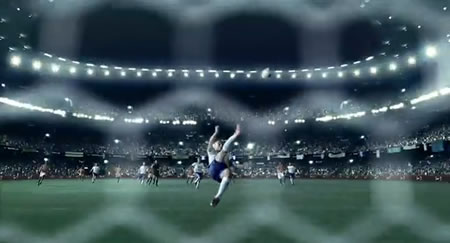 Steve also references the honor principles of Nike. The fundamental service of human potential — if you are a human, you are an athlete; one might define this similarly as a reach (since some of us might scoff at the positioning of being an athlete — “sure, I work out, but…”) As he intones, the principle of Nike is really about honoring the athlete (in us all — be it, do it.) And in the last campaign rage, Write the future, which we’d blogged earlier, that personal reflection links us all back to the unfolding story of personal victory and what change that might represent. We can hold that — even distantly.

Heart values. He references the idea of “what’s the question — who is Apple, and where do we sit in this world?” And, as he infers — even back then, manifesting the classic pause of the Steve Jobs presentational point of emphatic silence — Apple, as expressed in the principles of their core values, that “people with passion can change the world that we live in.” And that the Apple community is clustered around the premise of passionate people that — each of them, each of us — have contributed to a sense of passionate engagement. “And that the people that are crazy enough to believe that they can change the world are the ones that actually do it.”

Brand soul. So to that proposition, getting back to that sense of heartful value is finding anew (back then) the core, central value — these are unchangeable these are the same things that founded the company, and these are the empowering gestures that support the people that “have changed the world.” (And if they did use a computer, it would’ve been a Mac.) It is about honor – and to this exploration, about the “care” of them, that attitude and how that relates to the brand, that founded the “Think Different” proposition. It is “what we are about, and it touches the soul of this company.” 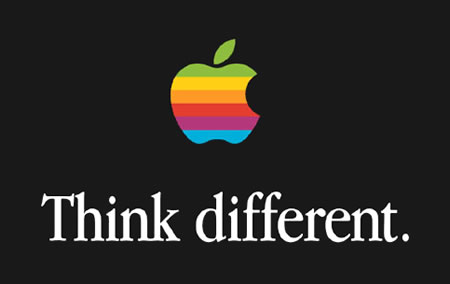 The text:
“Here’s to the crazy ones,
the misfits, the rebels, troublemakers,
round pegs in square holes,
the ones who see things differently.
They’re not following rules,
they have no respect for the status quo.
You can quote them,
disagree with them,
glorify or vilify them.
But the only thing you can’t do is ignore them.
Because they change things.
They push the human race forward.
And while some will see them
as the crazy ones, we see genius.
Because the people who are crazy enough
to think that they can change the world,
are the ones who do.”

The idea examining that sense of brand care — the caring for the brand, as well as the care of the contents that unfold — and the care of the community that’s surrounding it, that builds warm, bright, energized and provocative brands.

It’s about the soul of the brand. And it’s a good question.

Giving a talk before a group of alumni from my alma mater, someone asked — “what about the soul of BP?” In the end, in any story — it’s always about the truth that is told. Truth once, holds for a very long time. 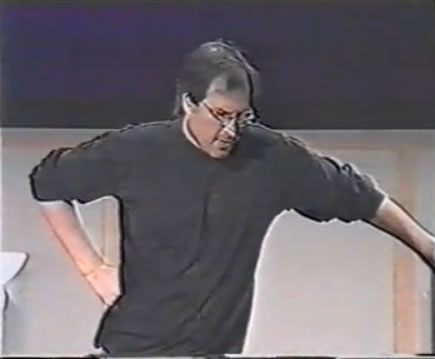 Women are the world...

Women are the world; art, archetype, anonymity and the TED prize 2011. Portrait of JR. Courtesy © Christopher Shay If you don't have time, just watch this. I'm sure you're on the list, the TED list, and you get their mailings. If not, you should. I've been there, TED at Monterey and Aspen, but it's been a bit.…

Piano, noise, and translation: genius + the human brand > a sound making tool Linking up with friend Josh LaBelle, creative director, musical maestro at Seattle Theatre Group (I used to be a board member there), I had the chance to reconnect -- after decades of watching, and listening -- with the pianist and performer…
We use cookies on our website to give you the best experience on our website. By clicking “Accept”, you consent to the use of ALL the cookies.
Do not sell my personal information.
Cookie SettingsAccept
Manage consent