THE BIRTH OF LIGHT 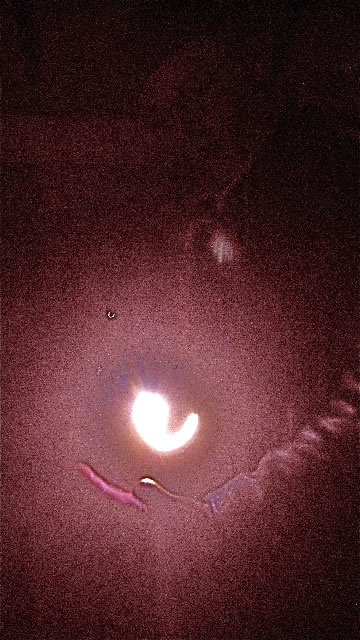 THE QUEST AND THE LEGENDS OF THE LIGHT FINDER

I was holding light, an illumination that reminded me of a salamander of the luminous, curling like an embryo — light lizard. This, on a full-mooned night, the radiance spilling down and lighting the stones like glistening diamonds, clattering the beach — those waves flickering the light stones. Dawn Clark took this picture — light drawing, in the stern of a night boat, running back to the other shores of silence.

I think about the legend of the Light Finder.

There are interesting alignments, to the ideation of light and dark — and the birthing of discovering. Light, and birth. And the finding of light finding — a collection, here: http://bit.ly/er1enO.

I think about the story of the Raven, as light finder. He didn’t like the dark, in the old legends — the legend of the light finder, the brand of light, found in the magic box (http://bit.ly/aubIkY) — that is retold here:

There was a time many years ago when the earth was covered in darkness. An inky pitch blanketed the world making it very difficult for anyone to hunt or fish or gather berries for food. An old man lived along the banks of a stream with his daughter. She might’ve been very beautiful, or very homely — who knows? All dark — this appearance didn’t matter to the old man — because it was dark and who could tell.

The reason why the world was dark was because the old man had a box that contained a box that held many other boxes. It was a box, in a box, in a box. In the very last box was all the light in the universe. This was the light treasure — as the finder, he selfishly kept it closed, shared with no one, held to himself.

The mischievious Raven existed at that time because he always had. He was there in the beginning, and he is here now. But Raven didn’t like dark — he was none too happy about the state of the world for he blundered in the dark — hopping about, and bumping into everything.

Raven gets into everything, and his interfering nature peaked one day when he stumbled by the old man’s hut and overheard him muttering about his boxes in boxes in boxes. He instantly decided to steal the light but first had to find a way to get inside the hut.

Each day the young daughter would go to the stream to fetch water so the Raven transformed himself into a tiny hemlock needle and floated into the girl’s bucket. Working a bit of his “trickster” magic, he made the girl thirsty and as she took a drink he slipped down her throat. Once down in her warm insides he changed again; this time into a small human being and took a very long nap.

The girl did not know what was happening to her and didn’t tell her father. One day the Raven emerged as a little boy child. If anyone could have seen him in the dark, they would have noticed that he was a peculiar looking child with a long beaklike nose, a few feathers here and there, and the unmistakably shining eyes of the Raven.

Both father and daughter were delighted with their new child and played with him for hours on end. As the child explored his new surroundings he soon determined that the light must be kept in the big box in the corner.

When he first tried to open the box, his grandfather scolded him profusely. Then, Raven boy, the light finder — started crying and squawking. Louder than the likes of which the old man had never seen. As grandfathers have done since the beginning of time he relented. He gave the child the biggest box to play with. This brought peace to the hut for a brief time. But then, the Raven boy started it up again — and again, again — till finally, he was coming to the smallest box. The box of light.

Finally, after prodding and coaxing — the old man at last agreed to let the child play with the light for only a moment. He tossed the ball of light, over to the little boy, who then transformed into the Raven and snatching the light in his beak, flew through the smokehole and up into the sky.

The world was instantly changed forever. Color came. Sight emerged. Mountains sprang into the bright sky. Reflections of light danced on the rivers and oceans. Far away, another legend came out to see — Eagle was awakened and launched skyward. His target — the light, and the Raven — now clearly in sight.

Raven was so caught up in all the excitement of the newly revealed world that he nearly didn’t see the Eagle bearing down on him. Swerving sharply to escape the outstretched talons, he dropped nearly half of the ball of light which fell to the earth. Shattering into one large and many small pieces on the rocky ground the bits of light bounced back up into the heavens where they remain to this day as the moon and the stars.

The Eagle pursued Raven beyond the rim of the world and exhausted by the long chase, Raven let go of what light still remained. It stayed up there – the light, floating gracefully above the the clouds, the sun now came to be — it started up over the mountains to the east.

The first rays of the morning sun brought light through the smokehole of the old man’s house. He was weeping in sorrow over his great loss of the boxes of light — but, looking up, saw his daughter for the first time. She was very beautiful and smiling, he began to feel a little better. 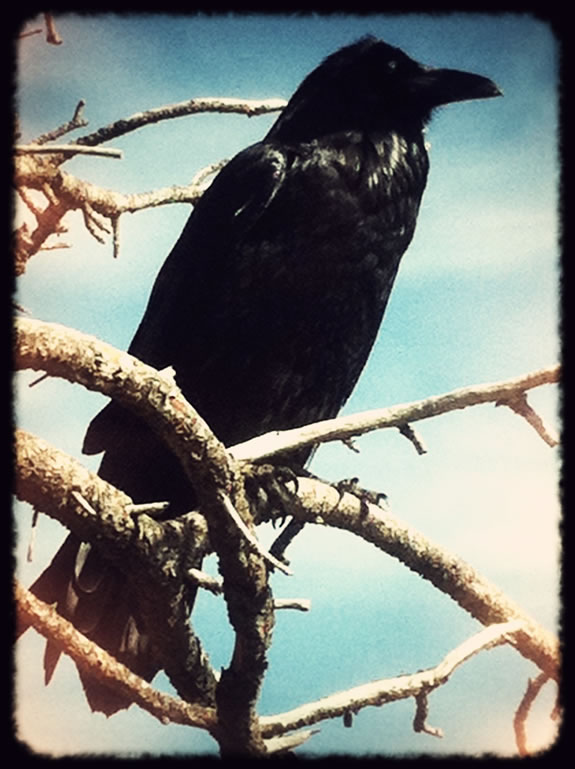 I’m thinking that we all feel better, when we see something beautiful.

For me, that beauty lies in the looking for light — and the luminous, found.

That discovering can be like finding the salamander in the fire

I’m looking for paths. The turning — Every thing turns and spins in its order. What? That? I’ve been out, looking at the stars, pondering the turning — and now, the great waves, that roar and roll, persistently. Listening to the water — the turning and churning, waves like a river, riffling. It’s turning, that…

WHICH WAY, GO YOU? THE TURNING PATH THE PATH THAT TURNS, AND TURNS AGAIN. EVERY TIME, BACK TO A PLACE. SNOW IS FALLING. A DEEPER COLD EMERGES. And, in the blinding snow, the sun is so bright that the trees are lit from beneath, it’s a brilliant day. Light filled. Out in the middle of…
We use cookies on our website to give you the best experience on our website. By clicking “Accept”, you consent to the use of ALL the cookies.
Do not sell my personal information.
Cookie SettingsAccept
Manage consent