The Ring of Steel: Steve Jobs | and the Leadership Circle at Apple 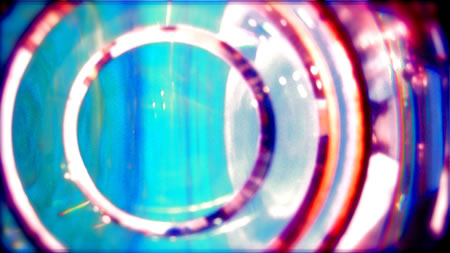 The rippling of leadership strategy and structure: brilliance, radiance and the rays of innovation.
The metaphor of the amulet, the charisma and the vibe of Apple — prophecies of evolution.

There are those that might suggest that with the recent pronouncements of Steve Job’s third medical leave (in a decade) that there’s a challenge in the leadership enclave at Apple. I wouldn’t agree. If, to the contrary, the earlier absence might’ve been faltering, with COO Timothy Cook’s ineffective management, then one might have reason to counter that proposition. But that didn’t happen.

I believe that the real issue will be about the soul of the brand, and the dream of its inspiration and aspiration to those that have a relationship to the brand. Apple is much bigger than Steve Jobs — the relationship to the global community is an aspiration to creativity and engagement in the ideals beyond the common. Apple, in the enchantment of its power, is about magic. And if there’s any point where the notion of Steve Job’s movement might be a problem, it would be there — magic + imagination + and the dream of the Apple relationship.

There are a couple of positioning notations I’d like to offer — one, having worked with, and observed Mr. Jobs in play, in the past. And two, in studying the evolutions of leadership at Apple, and other companies — technology and otherwise — over time.

There’s a foundational concrete to the nature of leadership. It’s about the exposure of being in front. Being out there, profound risk circulates. Some leaders, to my experience, hide in the grouping of rings of supporting and articulate mouths that voice positioning that rattles a proposition that “sounds” like leader-speak. That’s happened at Apple, the 80s — something to the nature of “a ‘Pepsi’ challenge” and IBM consumer sales modeling. There was a chevron of leadership, but it was different than the structuring of the Jobs’ framing of innovation and passionate engagement. One, about the implementation of selling extant product modeling (another “Generation”) — then the other, the newer proposition: innovation so enchanting that the scenario of embracement has gone to a new level of community. That’s the magic space. The world has changed. And Apple changed it. To Guy Kawasaki’s “The Macintosh Way” positioning, it was about the nature of world-changing strategies of brand, enthrallment and relationship — marketing that could be world transitioning, building new visioning. And ways of being in that shifting world — telling stories that spread the word, world, wide.

A word popped: charisma. There are two layers to the connection: one — leadership; the other, a talisman. One might suggest that Steve Jobs is the element of the persona of a magnetic lead — literally, a charge to the bolt of electric transport for a person in the throes of a relationship to Apple. And the talisman — the amulet of Apple, that might be the device itself.

1 : a personal magic of leadership arousing special popular loyalty or enthusiasm for a public figure (as a political leader)

2 : a special magnetic charm or appeal

The sensitivity of the charismatic can extend — as an allegory — since there’s more to the layering of the poetry of thinking through the meaning of the state of the brand, and the human brand that drives it. Dig deeper?

Another tier of investigation offers, “gift of leadership, power of authority,” c.1930, from the German, used in this sense by Max Weber (1864-1920) in “Wirtschaft u. Gesellschaft” (1922), from the Greek kharisma “favor, divine gift,” from kharizesthai “to show favor to,” from kharis “grace, beauty, kindness” (Charis was the name of one of the three attendants of Aphrodite) related to khairein “to rejoice at,” from PIE base *gher-“to desire, like” (see hortatory). To the sense of “personal charm” is more recent — recorded by 1959. Earlier, the word had been used in English with a sense of “grace, talent from God” (1875), which comes directly from the Latinized Greek; and in the form charism (pl. charismata) it is attested in English from 1640s.

But the layering here, that reaches to one component of the Steve Jobs that’s critical in the evolution of the brand — the tastemaker. To the notion of the packaging of innovation — and the crazy and enchanted passion — it takes a certain kind of focused craziness to push to the edge, the farther envelope, to build on the spirit of the brand experience. Apple’s experience is holistic — it’s about technology, that’s wrapped in lush materials and presented in the coolness way, coupled with the retail savvy to create retail channels of technological wonderment. Apple sets the stage for everything cool — and Steve has been the person with the attentive eye to look at the details and ask for more.

We’ve talked about that a great deal. It’s not just gathered dribble from the web, it’s something that’s been seen, scene sensed, in direct connection that has allowed me to learn some of the greatest lessons of my experience. The ring that girds the genius bar that’s set by Steve Jobs is polished steel and hardened glass, with some warm wood notes in the setting — that’s the team that is there to run the ship during the leave. But the real point will be the drivers of inspiration — the quest for the “really cool” — that boyish enthusiasm and Apple persona that will be necessary. David Yoffe, Harvard Business School professor — a scholar of the era, the technology and the geography of Silicon, notes: ““The company could not thrive if Steve didn’t have an extremely talented team around him. But you can’t replace Steve on some levels.”

According to Miguel Helft and Claire Cain Miller’s observations, “Mr. Yoffie and others said Mr. Jobs’s creativity, obsession with a product’s design and function, and management style, as well as the force of his personality, were unusual, not only in Silicon Valley, but also in American business. They said that it would take several people with different skills to fill Mr. Jobs’s shoes.

Their studies continue, noting that “The person who can keep the trains running on time is a scarce commodity, but not as rare as someone who can do breakthrough innovation,” according to professor Michael Useem, from the Wharton School of the University of Pennsylvania and the director of its Center for Leadership and Change Management.

The added issue is voice — what is the tenor of the message and the power with which it is spoken? “When Steve talks, people listen,” Mr. Yoffie said. “It would be hard for anyone in the industry to have a comparable level of influence.”

Charisma — the talismanic force of presence, catalyzed in attention, mobilized in leadership, and the ring of integration that boosts the capacity of the system to flourish.

A Decade of Evolution: technology, evolution, distribution -- the music genome project I can recall, in the very beginning, the idea of Tim Westergren's notes on the concept of Pandora. Back then, an email to Tim would be returned, and that the story of forums, town hall meetings and other distributions of the authentic character…

The Bridging of Creativity -- Strategy, Design, Fashion, Fragrance and Experience: the Scent of Ice: Andrea Maack

www.AndreaMaack.com The smells of stone, fire, snow and the sea -- the perfume of Iceland: I walk the fragranced way. Every corridor, is a sequencing of scent. Every road, an avenue of smell. Each pathway, the censed notation. I do dream about the crossing guard of the sensations of the environments of the forest, the…
We use cookies on our website to give you the best experience on our website. By clicking “Accept”, you consent to the use of ALL the cookies.
Do not sell my personal information.
Cookie SettingsAccept
Manage consent