DESIGNING A WORLD BY HAND: STEP BY STEP, BUILDING A REALM BY BRANDSTORIES 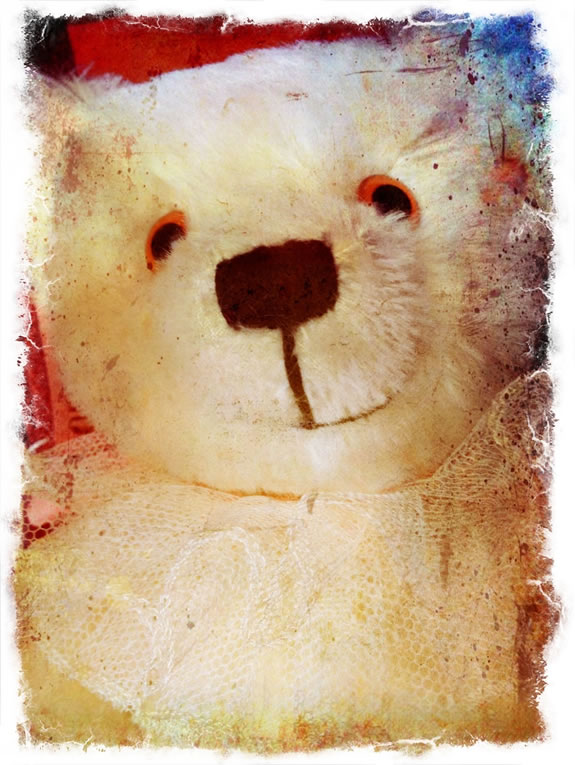 BRANDS ARE, IN ACTUALITY, WORLDS.

THEY ARE WORLD VIEWS, THEY ARE PLACES AND ENVIRONMENTS,
DIGITAL REALMS;

THEY ARE SPARKS OF IMAGININGS; AND THEY ARE THE QUANTIFIED AND ACTUALIZED DREAMS OF FOUNDERS AND FOUNDRESSES.

THEY ARE THE RISK AND COMMITMENT OF SWEAT:
\LOVE, TEARS, GUTS AND PERSEVERANCE. 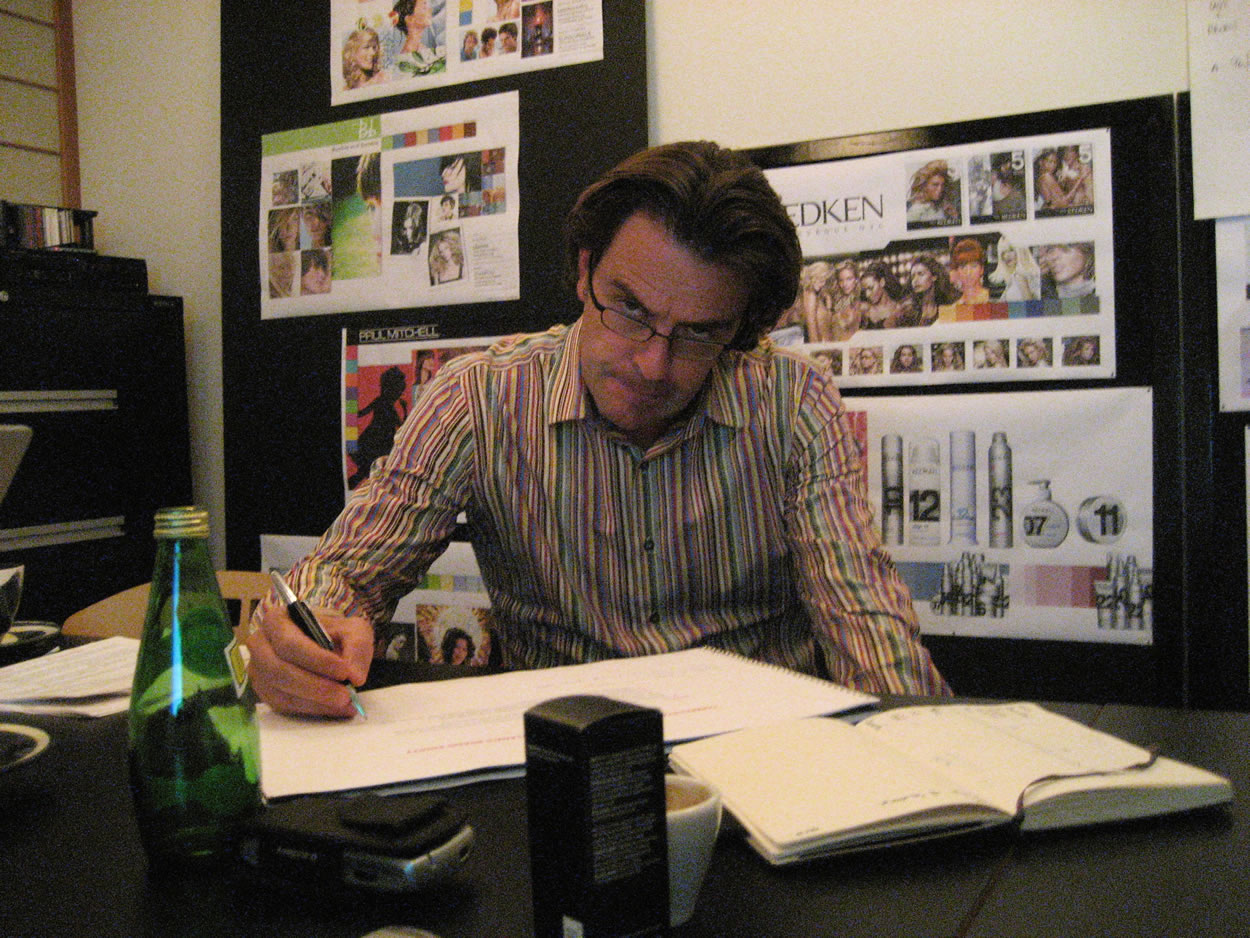 They are teams, crowds, factories, stores, trucks and shippers, retailers and sales teams.

It’s difficult to look at a brand—massively large or start-up small—without thinking about the world that it’s trying to build. And, to that, how that can happen? How could a brand build its world?

In a manner, it lies in the meditation of place-making and experientiality: a brand has to have a place, be something, stand for something—have principles, ideals and a soul towards commitment and action. If it has no place, then it has no relevance, resonance or relationship—it’s merely adrift unanchored.

In your personal history of brands—the most powerful tellings—the most unforgettable brand narrative, it might be that you can align your memory of grand and amazing brands with a place.

Think about it, your most powerful memory of a brand experience—it could be a branded environment?
Where is it, what place does it own? 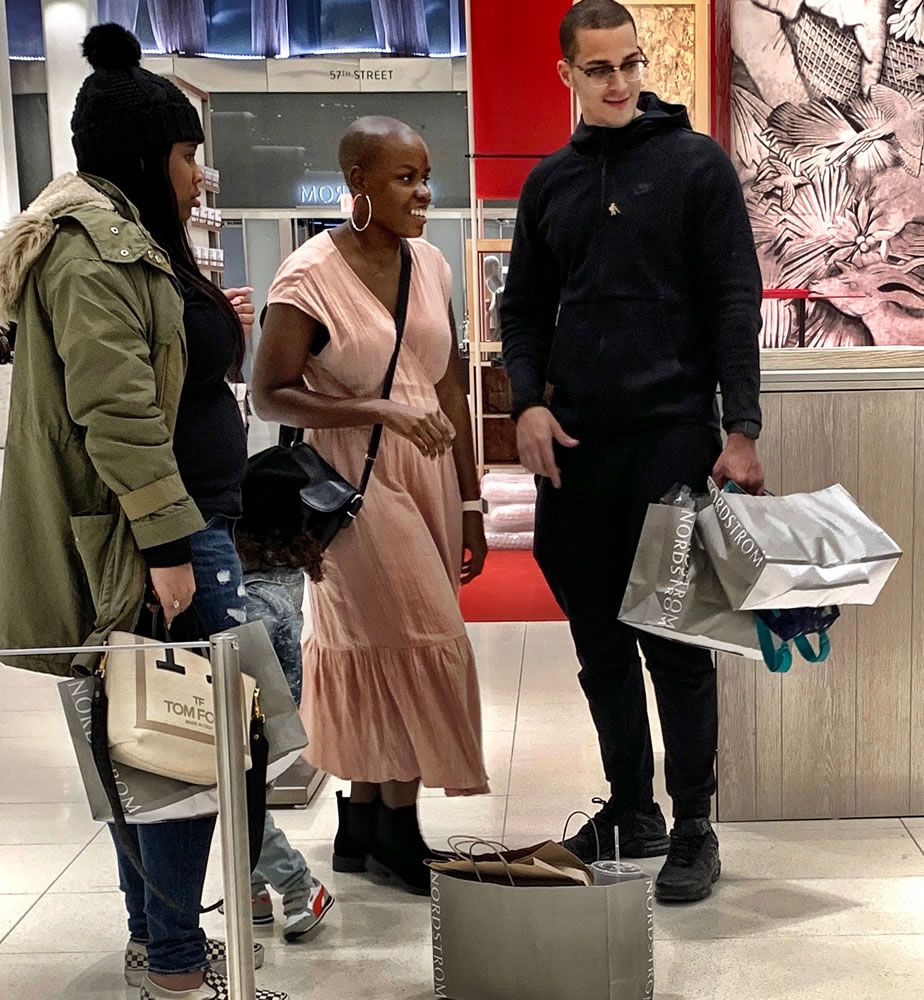 Or it could be the place that you first sensed the brand—“it was that field where I had that picnic, and the first time I tasted this amazing cracker.” “It was that lovely winery, and those sweet people, down that long road.”
“It was on that island.”
“It was in that old house that I stayed in, there was…” 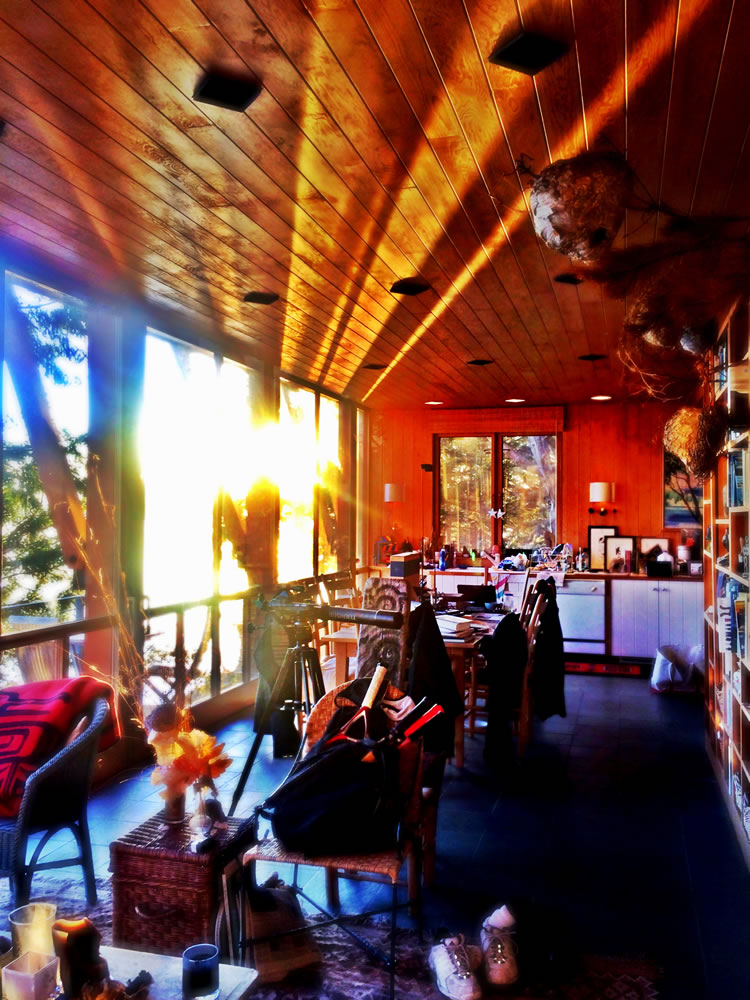 “It was that cattle drive,
the old route, the best riding gear…“ 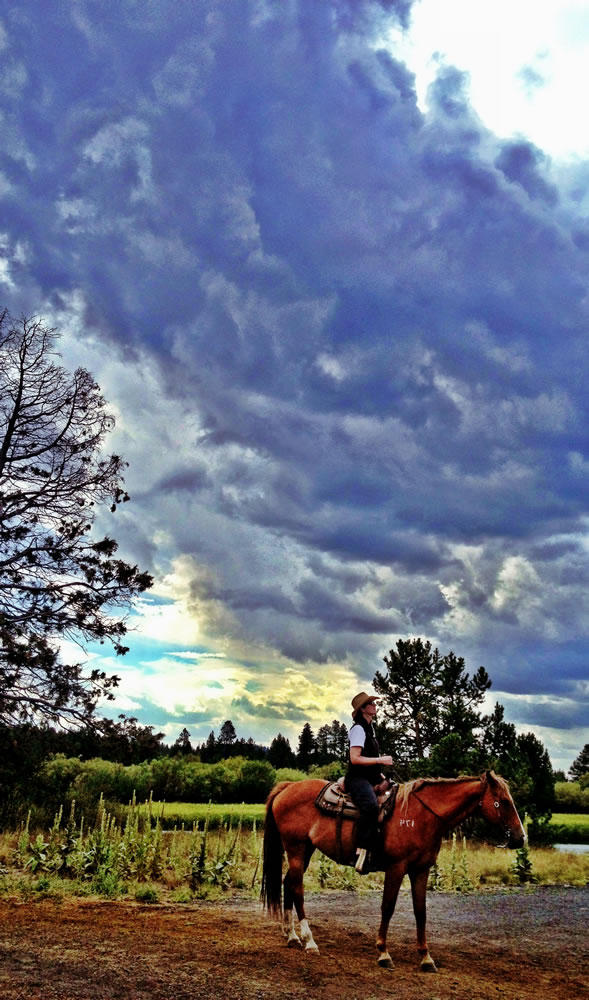 It was on that
one street in Paris.

It was that first one—the first time,
that special tiny shop in Osaka-Kobé.” 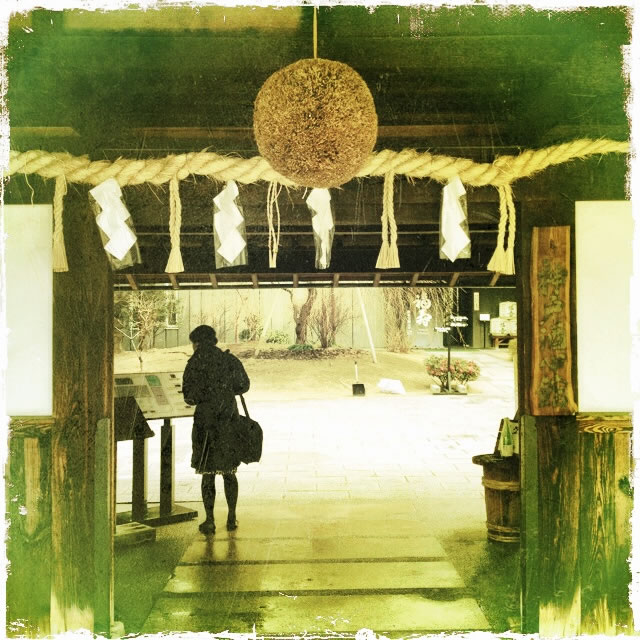 To that, this story rememerged in a conversation about building-out a published life story for a long term client as a familial procession—a book, a multi-generational memoir.

We’re thinking—
“could this be almost like a scrap book assemblage, but something more artful—and dimensionally suggestive—things that are laid down on some kind of surface? This could be like a journal, filled with items that support the narrative—such as recovered objects from a life journey?”

To reference this design thinking and memoir-like proposition I showed the client this other, earlier-built-world, which is a wholly invented one. There was a little store in the market—a shop of stuffed animals, all elaborately-styled and exuberantly merchandised: like a world of creatures. And this was about designing a world that was full of these made personalities, all stuffed animals, each that lived in an elaborately conceived world of toy mice and stuffed bears of all scales.

This was Ophelia’s World [and that’s Ophelia, showing above at the opening header of this blog.]

Now and then, you get a chance to work on a project, or a succession of them,
that might be reaching out to the edge of
“what’s that, you’re looking for what—how to lay down this story, build out imagery around it, tell this tale of products beautifully arrayed?”

It was not a common retail retelling.
Clise’s uncommon world was laden with curiosities orchestrated,
horror vacui, mingled throughout a fabulously decorated shop,
a cornucopia of imaginings of bear-made journeys to far-off locations and adventures.
More like a museum to teddy bears,
a celebration, twas. 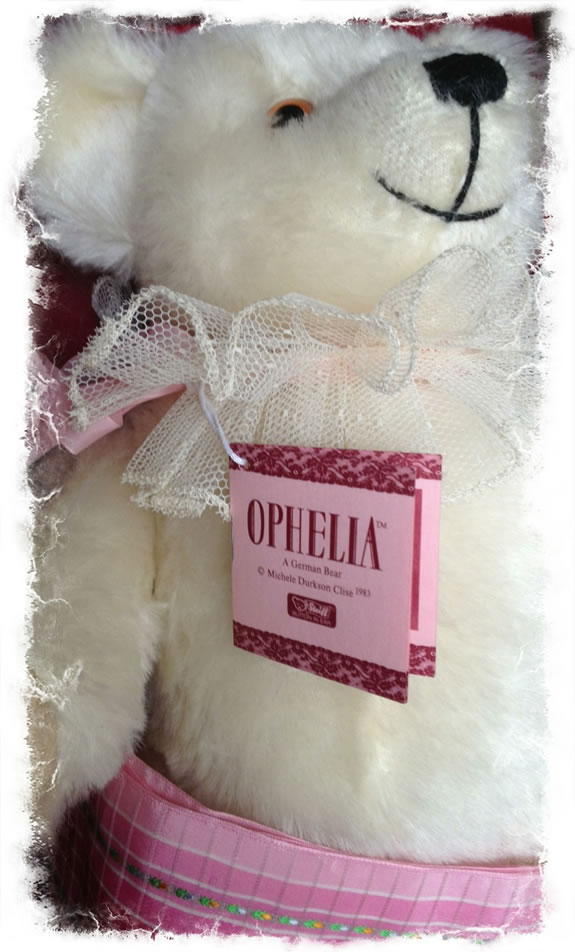 What I found interesting in her work
as a retail stylist: she—the Merchandising Matrix—
had this ability to tell a story in a retail environment, from the street, inwards.

Early on, I was captivated by retail holism—NYC, Tokyo, Moscow, London; which leads to another angle of contemplation: and in another story:
the work of NYC shop window mage, legendary designer, Robert Currie—
was storytelling, detail and interiors.

I worked with and
learned from both of them:
Michele and Robert.
Both designers, both retail thinkers,
both amazing style strategists.

Michele is a consummate retail storyteller, mingling wonderment, spectacle and amazement in an incredibly small place. Robert’s skill was in the layering of objects of, and in, unexpected dimensions, materials and textures in installations that were, at once, Zen-like installations of spectacle and merchandising drama. He was an extraordinary stylist. Geraldine Stutz, who I met one night during one of Currie’s installations, for her, at Henri Bendel’s, later hired him to act as display director for her store, in her role as President of Bendel’s, now passed into history.

They fit together, Michele and Robert, and surely range high
in my ladder of respect and admiration —
design, storytelling, retail retelling and
extravagant luxuriation of theme,
the shaping of content.

To Michele and I, I think that we might’ve met through photographer Marsha Burns, who we’d worked with in the past, designing portfolios for sale, bound to archival standards for her “Dreamers,” series, a collection of 12 silver gelatin prints, boxed by a museum fabricator with printing, to our design, by Hampshire Typothetae, letter press printed on hand made paper. In the Rare Book Library at Girvin,
you can see that and other printed folios of
photography that Girvin designed,
including Graecism by Richard Misrach.

Marsha plays a big part in this retail storytelling, retold.

Working with Michele, her request was to design a string of highly customized books for Clarkson Potter, a publisher in San Francisco. It wasn’t about design, alone, but working with her and Marsha Burns on a layering of installations, in tableau, that would tell the stories of Ophelia, a prize Teddy Bear, later immortalized by Steiff, an international teddy bear manufacturer.

What that would also involve is creating “handwriting” by each of the bears, in their journeys, communicating with other bear companions—it was a complex narrative, and it was world-building. And it gets back to that storytelling that aligns with brands, and with their worlds—which could be a store, a movie, a game.

A gallery follows.
Welcome then,
to Ophelia’s World. 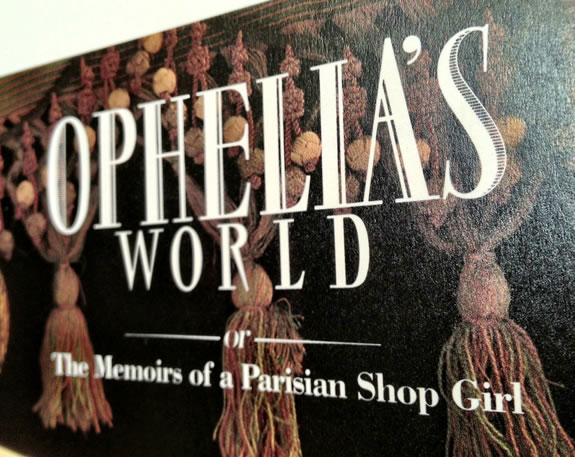 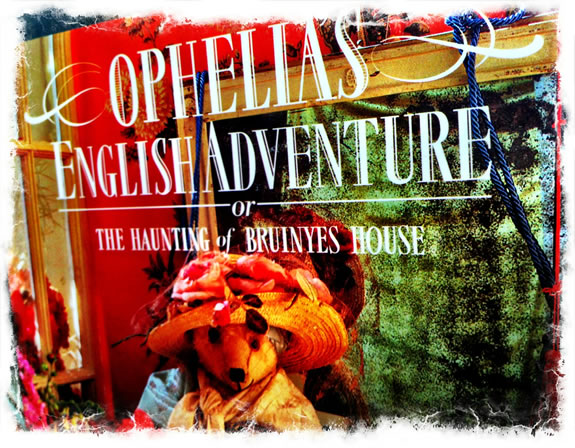 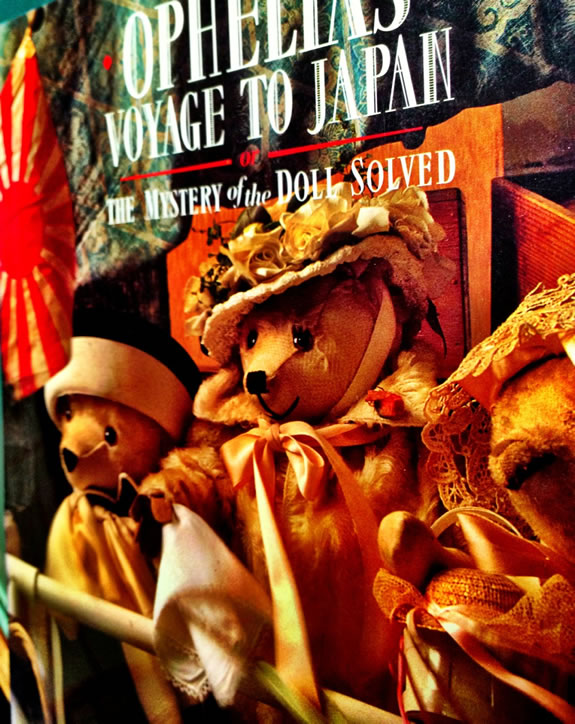 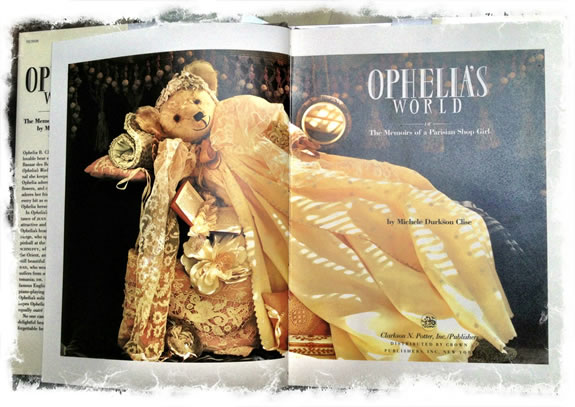 And the literary correspondence we made, in making a world. 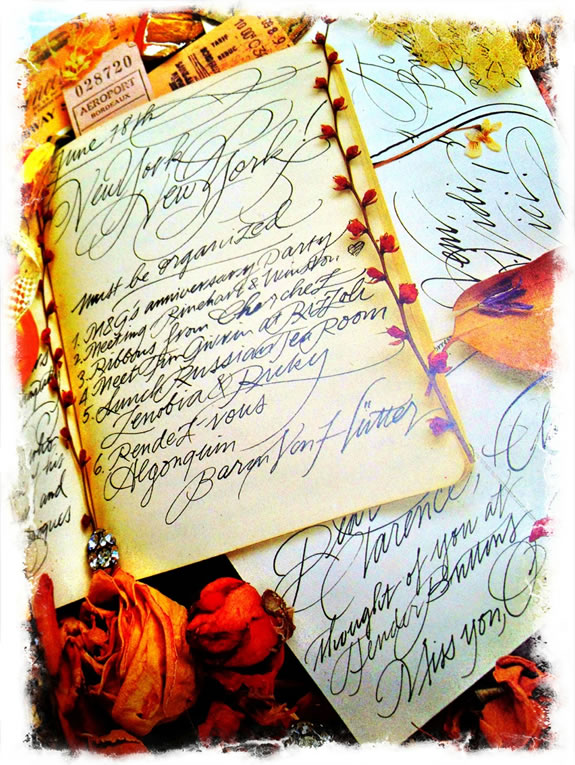 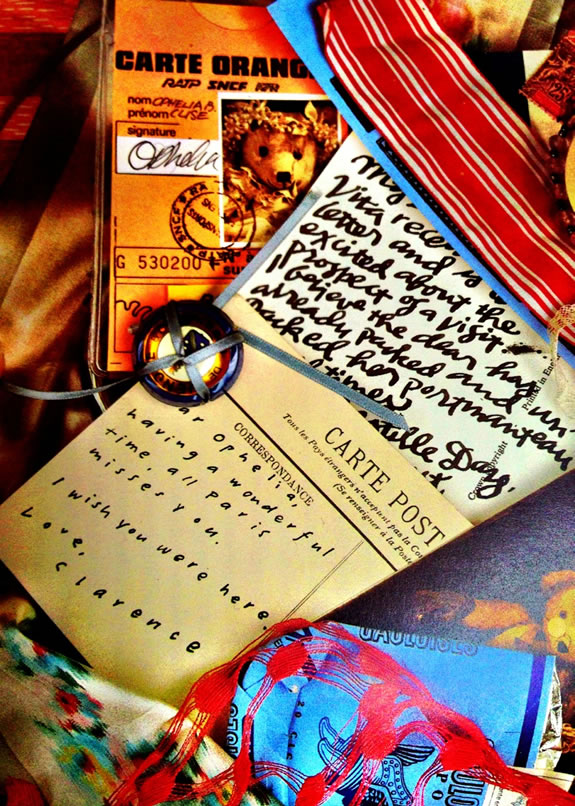 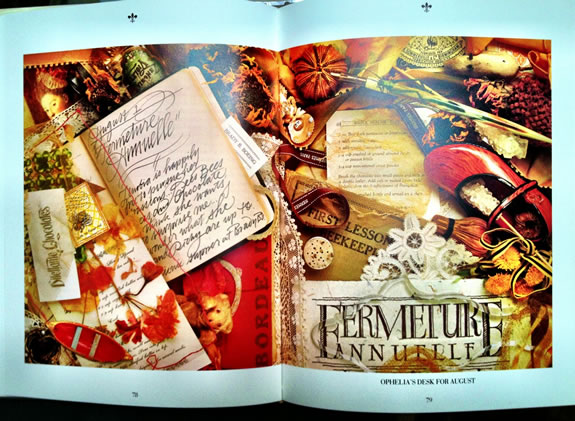 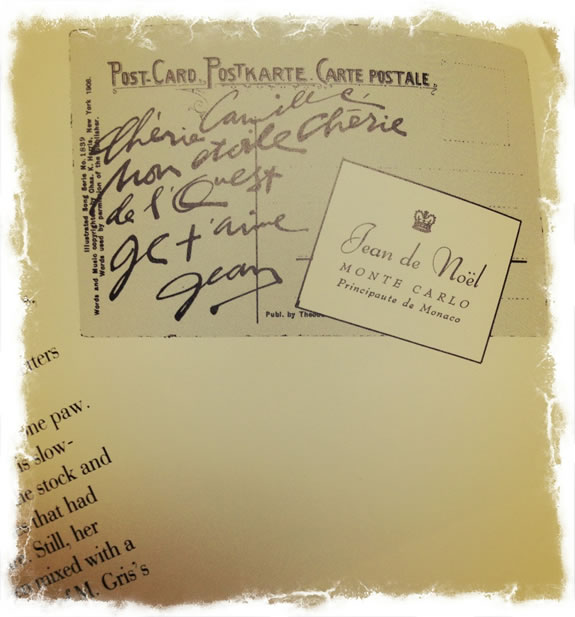 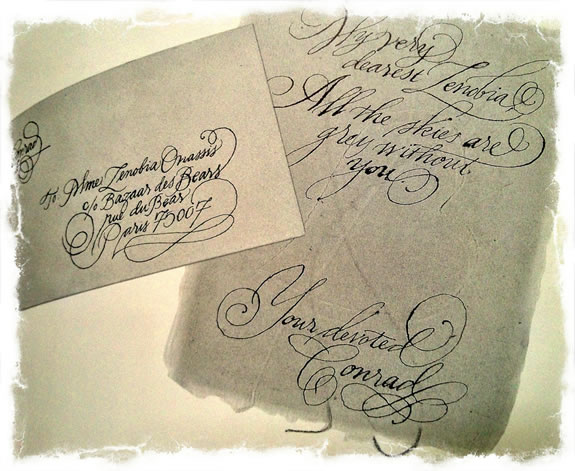 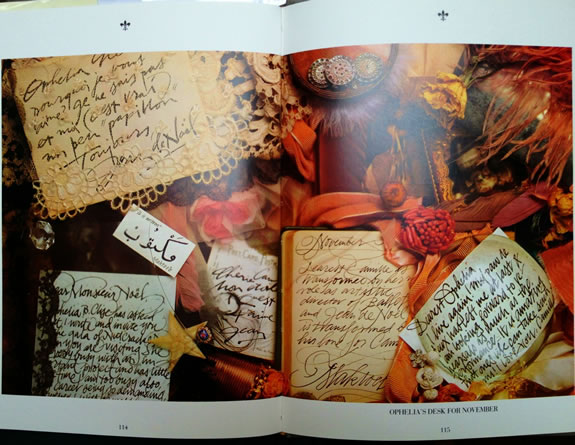 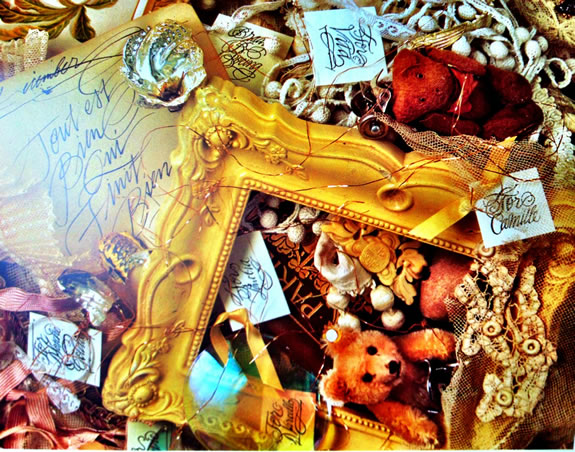 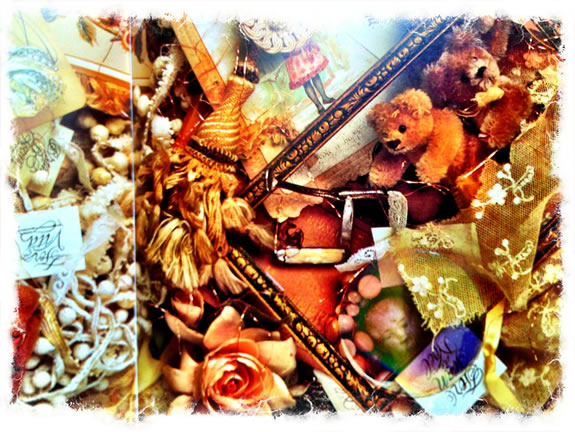 The nature and presumption of hand-writing is
that, written by hand, it would act as evidence of
the personality of the draughtsman.
In that manner, I crossed over to the other side of
humanity, beyond—to bears and other creatures.

In partnering with Michele and Marsha,
perhaps one of the more fascinating collaborations in my history,
and listening to these tellings, the Bear’s worlds, it was
a matter of creating a handwriting that
listened to each, and
spoke to many.

And shared for a moment:

WE ARE THE CHILDREN OF THE LANDSCAPE | BRAND AND PLACEMAKING

ANY BRAND HAS TO THINK ABOUT ITS PLACE—THE PLACE THAT IT MAKES: HOW PEOPLE EXPERIENCE IT AND HOW THE STORYTELLING THAT IS REVEALED—AND, IN THAT, HOW THAT FEELS. I learned about brand and place-making earliest in my career—at the very beginning—college trade—painting brand-based environments, building skins, shopfront design, furniture, plants and objects, installations and interior…

CONTEMPLATIVE OF HIS PASSAGE, A ROBUST 90 YEARS, THE SEAN CONNERY BOND LEGACY IS A PROFOUND OPENING CASTING: LAUNCH AN UNFORGETTABLE NOTCH IN THIS IAN FLEMING STORYTELLING DEPICTION. AND STYLISTICALLY, ONE THAT REMAINED IN PLAY FOREVER. Suavely cool, sardonically witty and calm under fire, yet temperamentally reactive, confidently lascivious and alternatively deadly, Connery’s Bond exemplified…
We use cookies on our website to give you the best experience on our website. By clicking “Accept”, you consent to the use of ALL the cookies.
Do not sell my personal information.
Cookie SettingsAccept
Manage consent