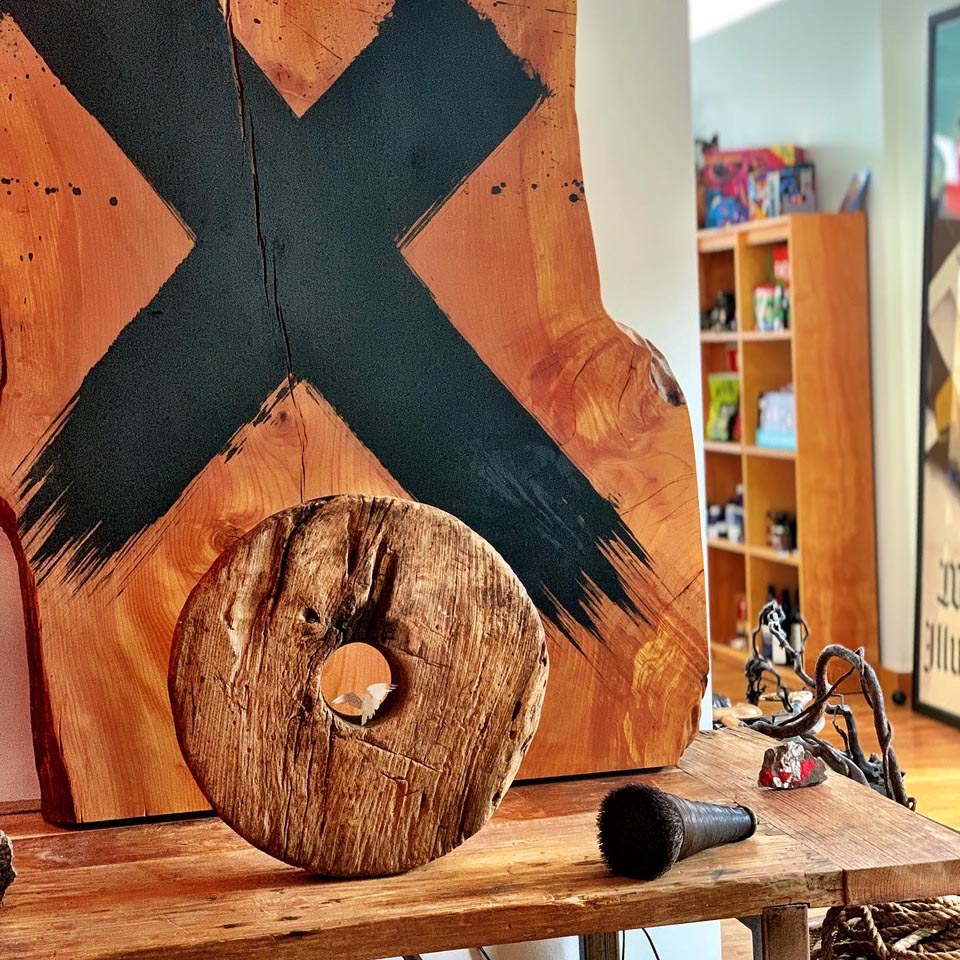 Any designer knows that a simple plane, an empty piece of paper, a coverless book, an empty package or the “undefined” skin of a shopfront is a presence without place—there’s no story, there’s no personality, there’s no…nothing.

As a student of transformation—the shifting of nothingness to fullness, I’m particularly intrigued by the history of this idea: the nature of a single mark that eradicates the nothingness of open and unresolved space into the marked planar characteristics of a graphical signature that re-defines it—a mark, simple as it might be, articulates dimensionality, directional presence and spatial recognizance—a reconnaissance of design—which etymologically reaches to the Latin derivation, designare and speaks to signare, and the “mark” of the sign, signum. Obviously, there are broader implications to the notion of a “sign,” L. signe, “the gesture of a hand,” an “omen or portend—the military “ensign,” the signal—and thereby, “significance.”

As designers, our work is inherently about that transformative act, which has a magical implication, making a sign signals a kind of visual alchemy, a transmutation from one plane of consciousness to another tier of perception, newly defined. A mark makes new.

I thought about this as a sequencing, which as a spell-making transmogrification. that has the power to “say something, tell a story, list features, define a place, protect, narrate or attract layers of meaning. For thousands of years, making marks was imbued with a magical intention, signs as signals of planar and consciousness shifts, to that, historically, books of alphabetic phrasings and symbolic marks were gathered into a “spell book,” known as a “grammar” or to the French rendering, a grimoire.

GIRVIN made its own grimoire—a “book of signs,” as in the journey from the nothing to the everything, drafting archetypal symbols as a sequential explication.

This 15’ book plays to the rhythm of a empty expanse to a progressive revelation of key symbolic gestures, drawn with a large brush in an ori-hon style of folding book, as in the classical book form of Asian, finger-turning as a contactless process of review [no fingers on the artful side of the pages—the pages are turned
underneath as a sliding pagination
.] 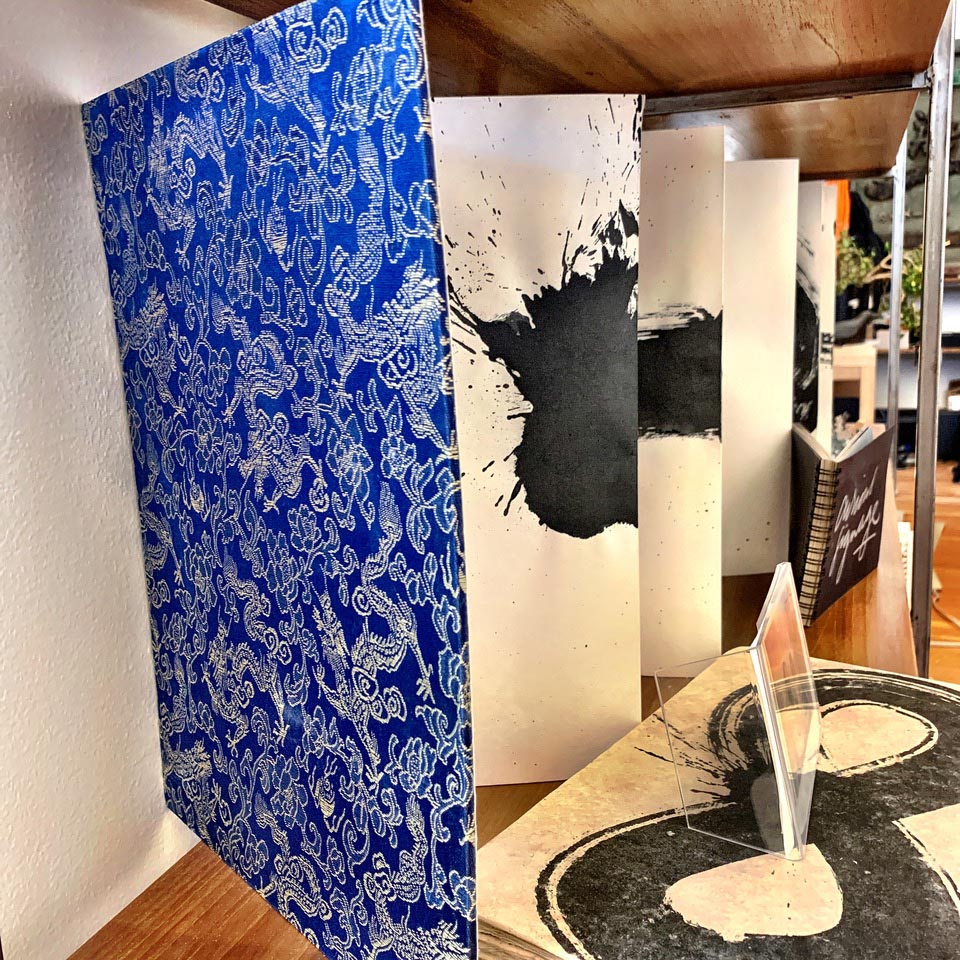 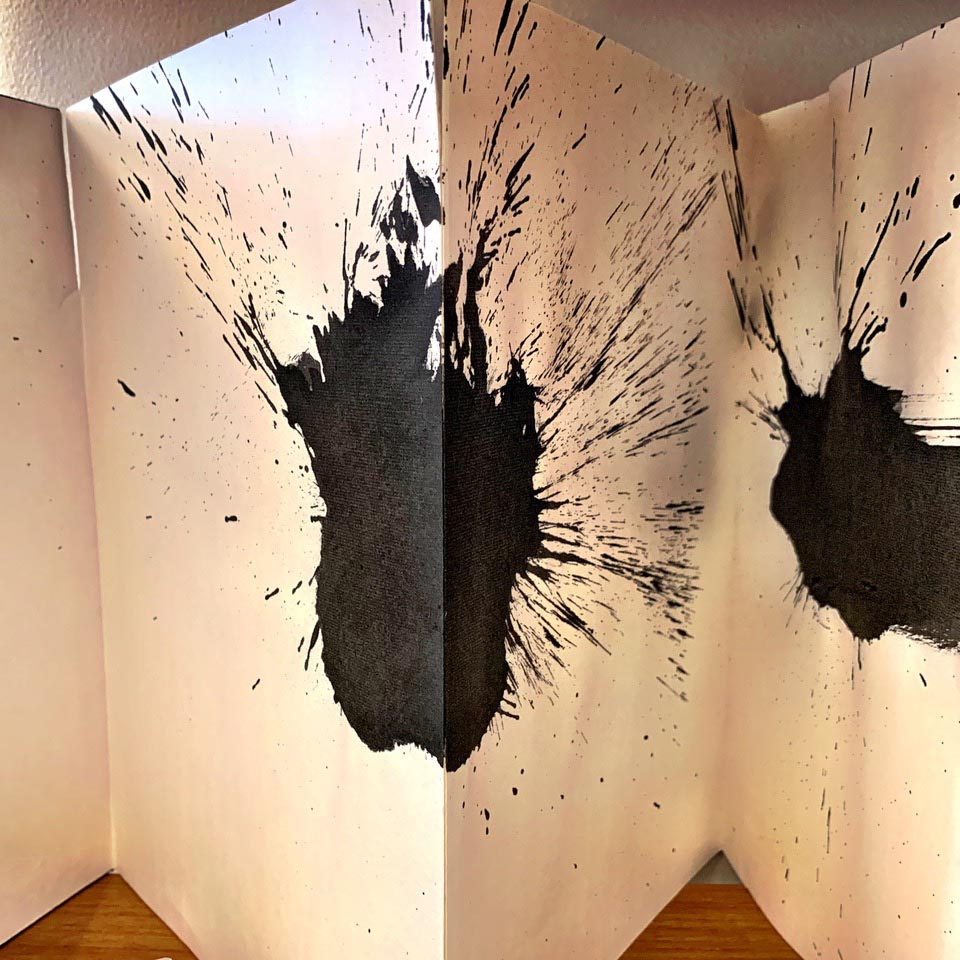 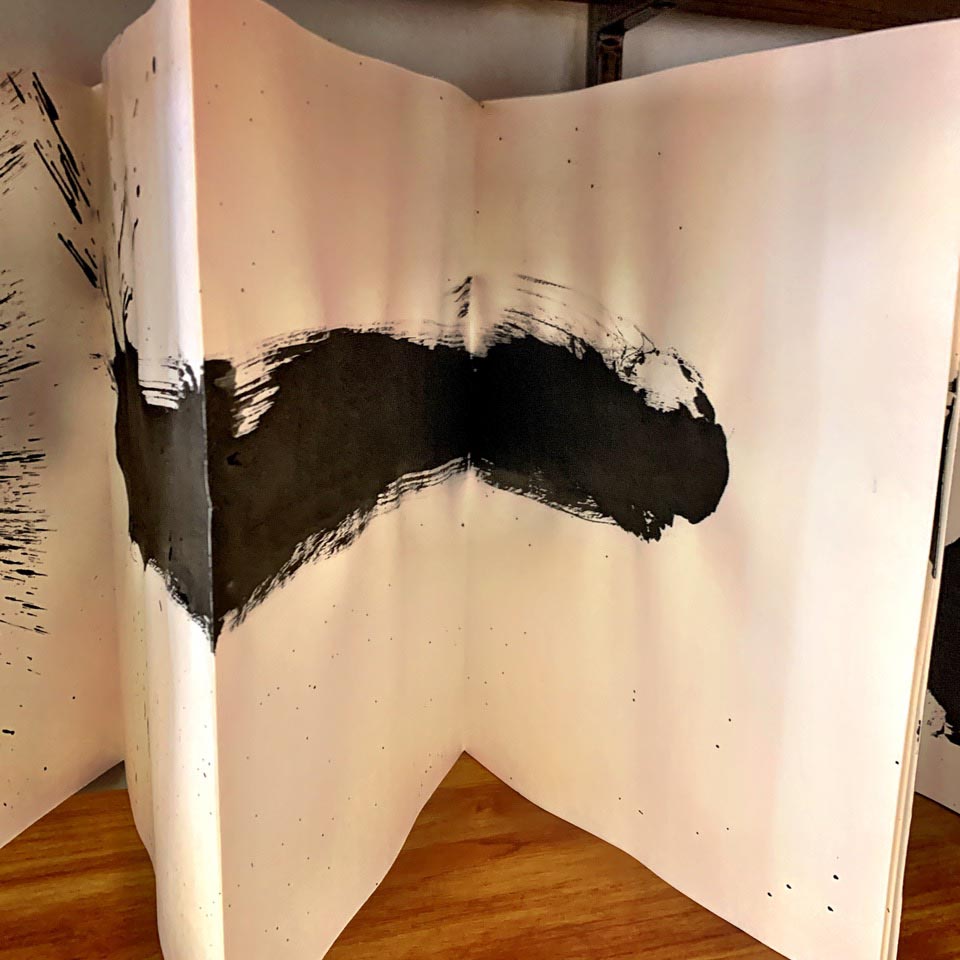 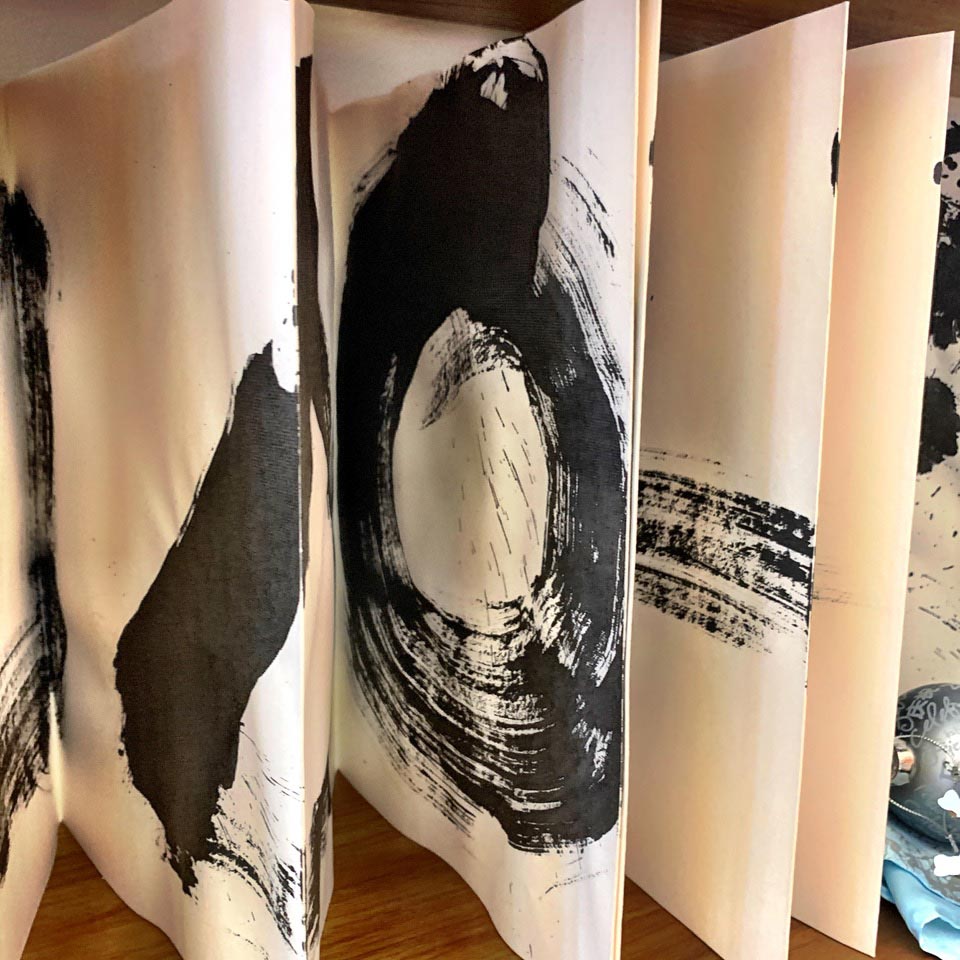 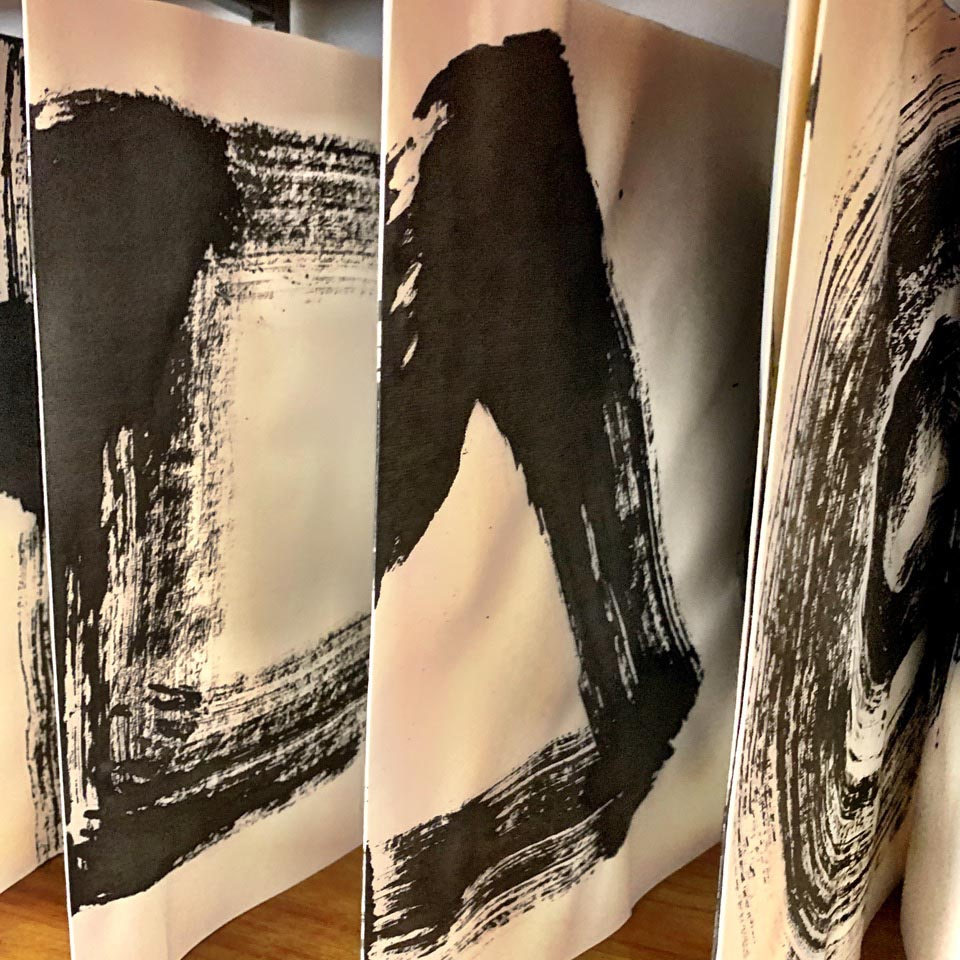 The book flows from one symbolic evidence to another,
as a kind of migration of ancient thinking.

The first revelation would be
the nothing. 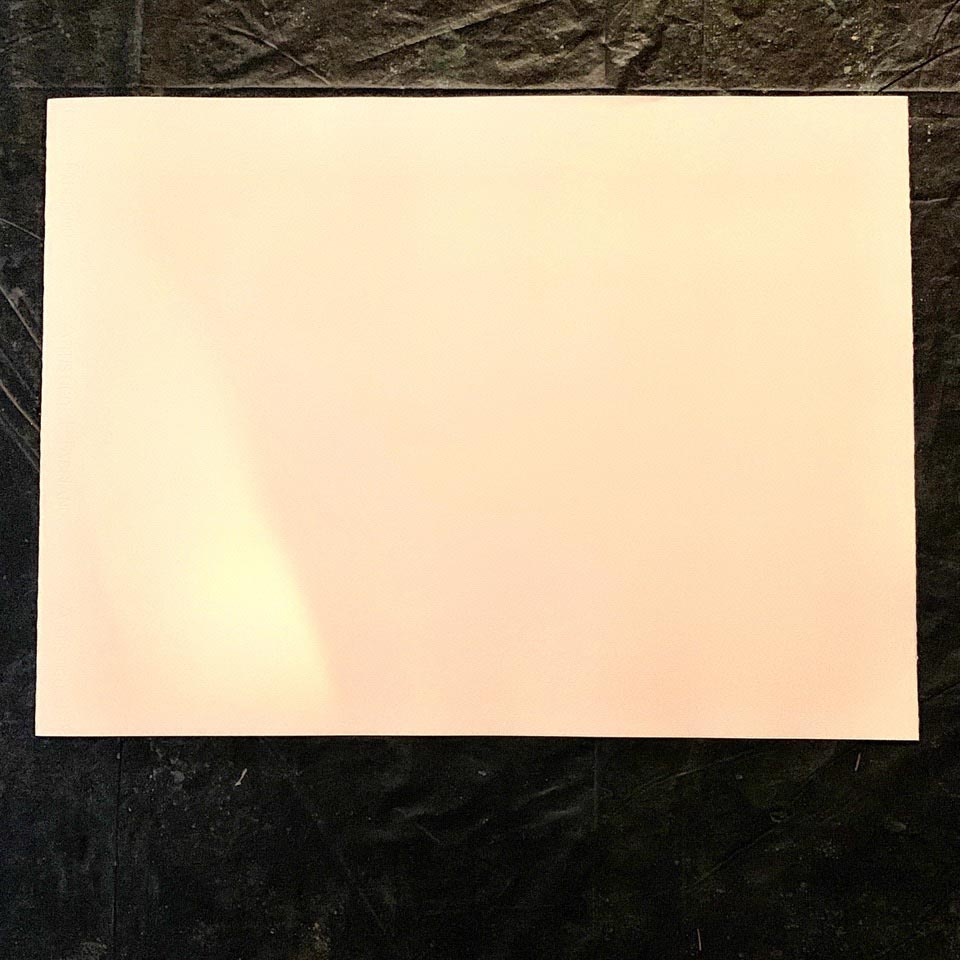 To the tool of somethingness—the making objective place. 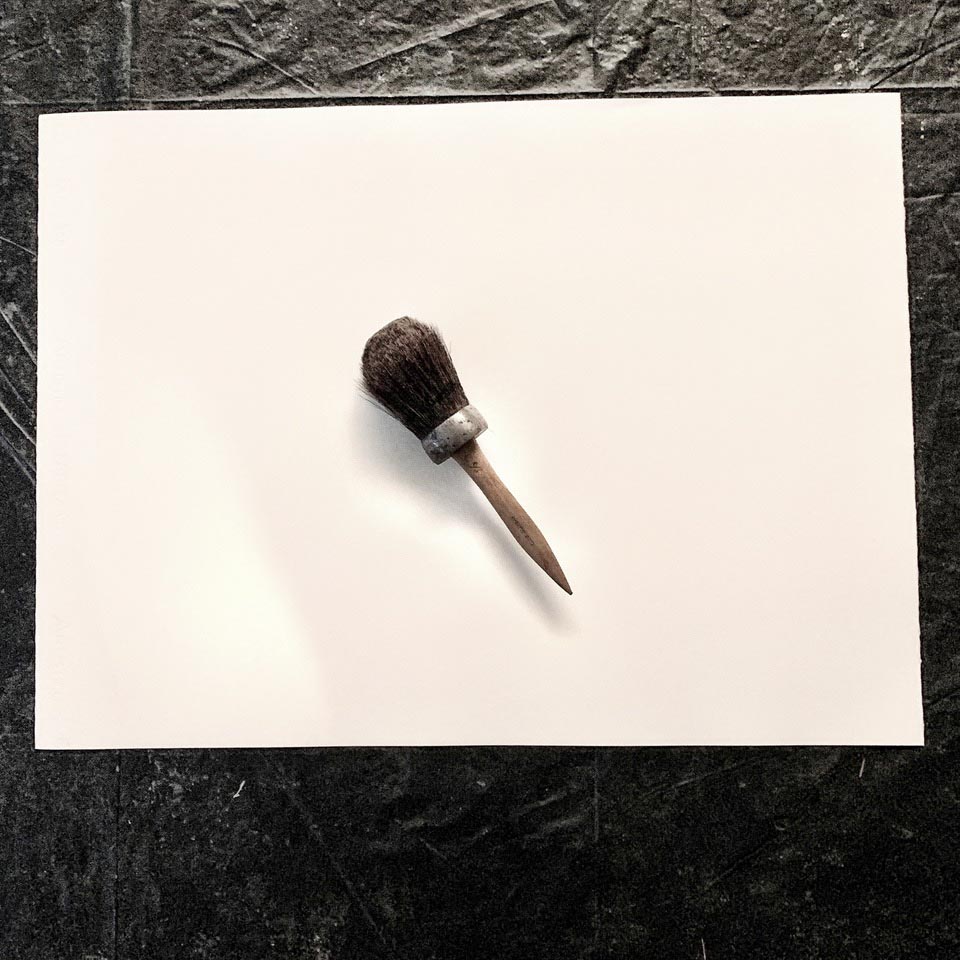 The first stroke of placemaking—the dot,
from which all other marks come. 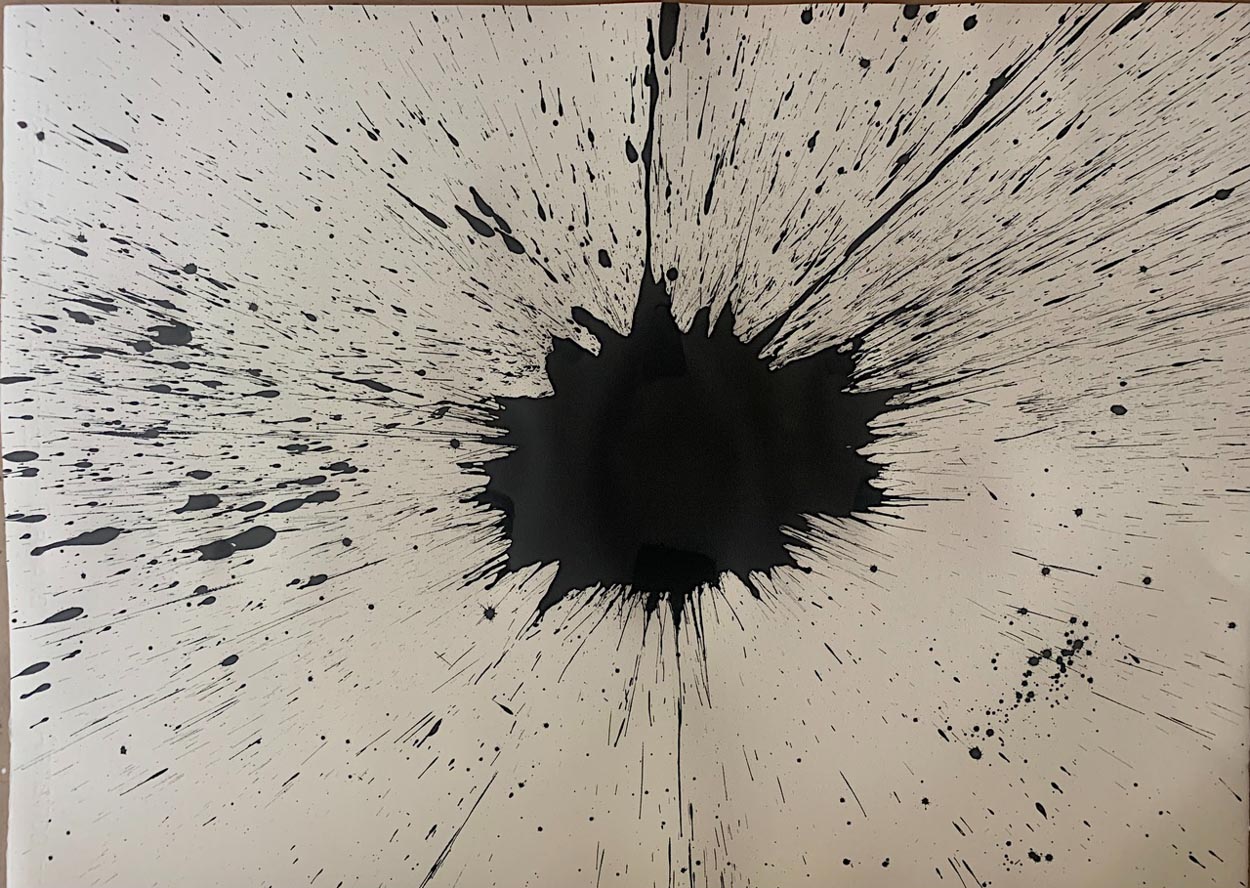 The delineation of place—the second stroke of demarcation. 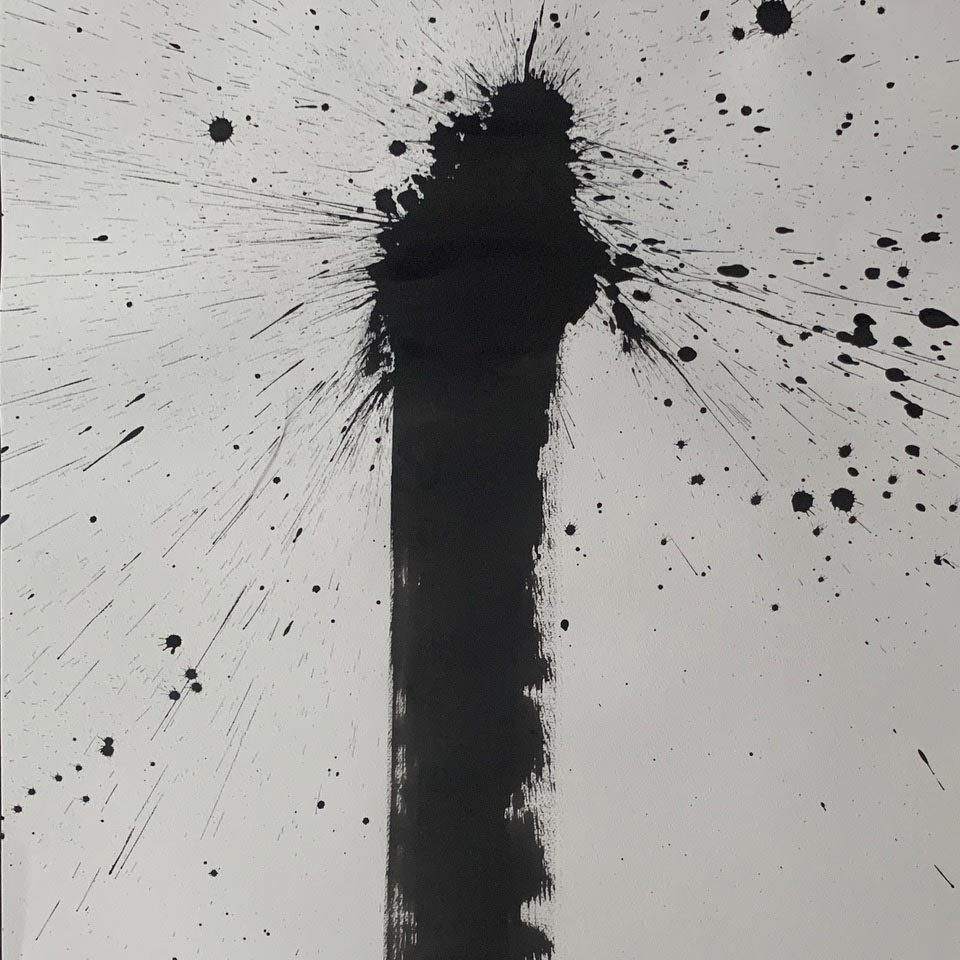 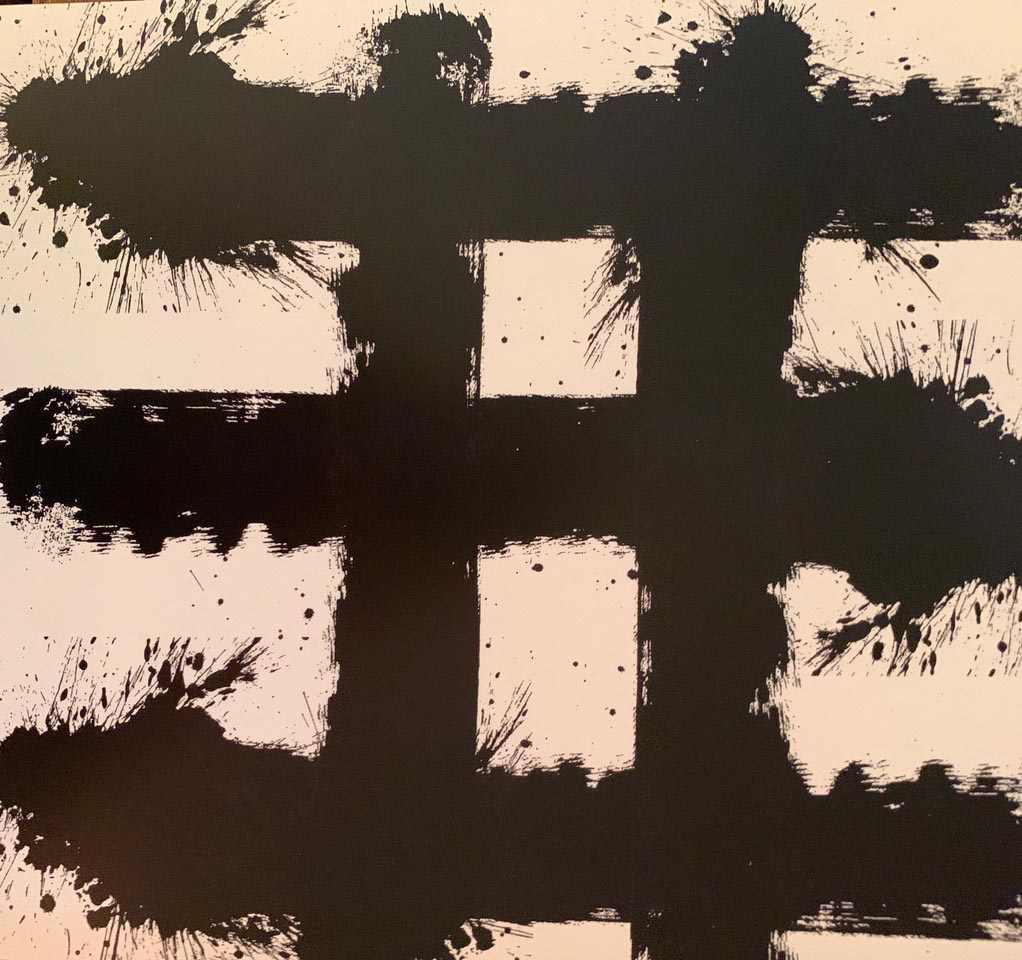 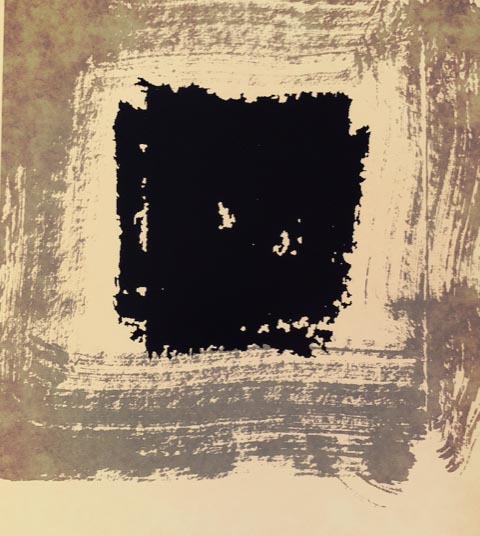 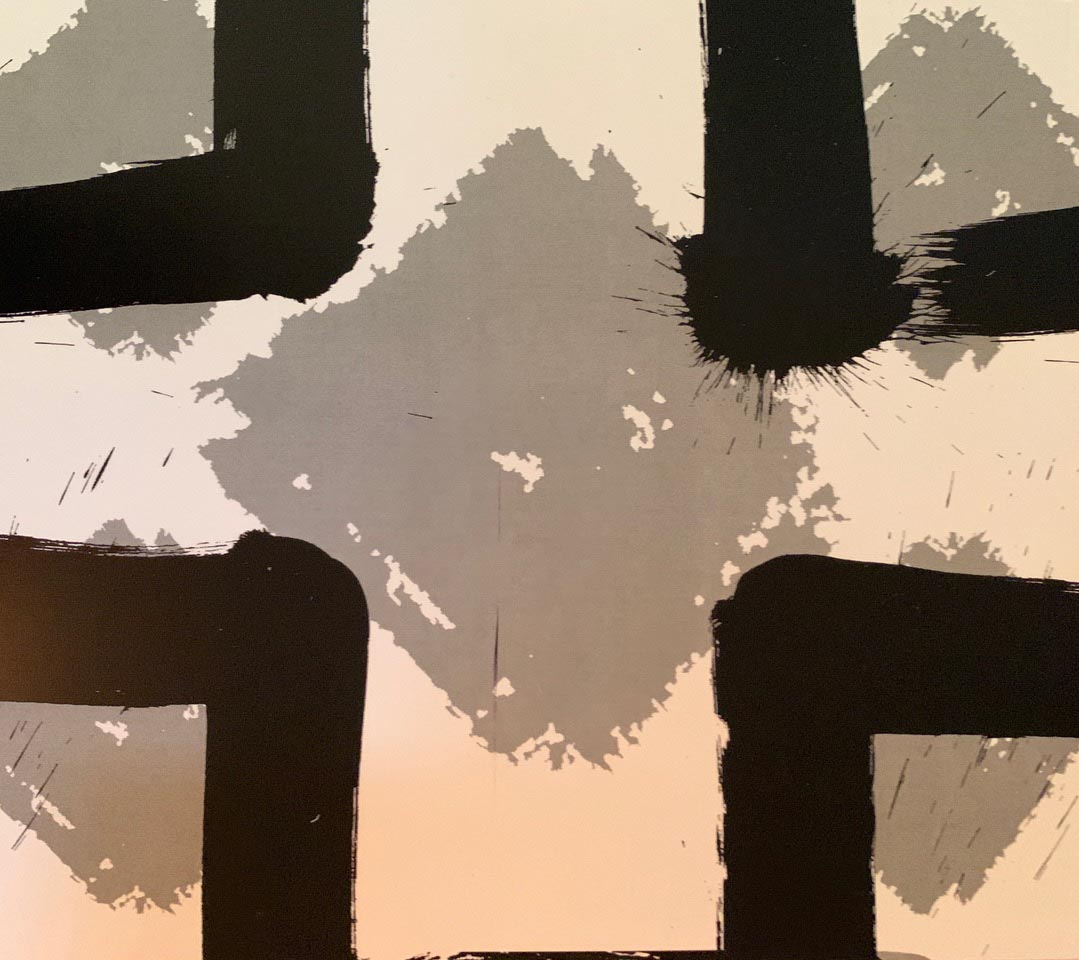 Dimension and direction—
skyward, earthward, the East, the West. 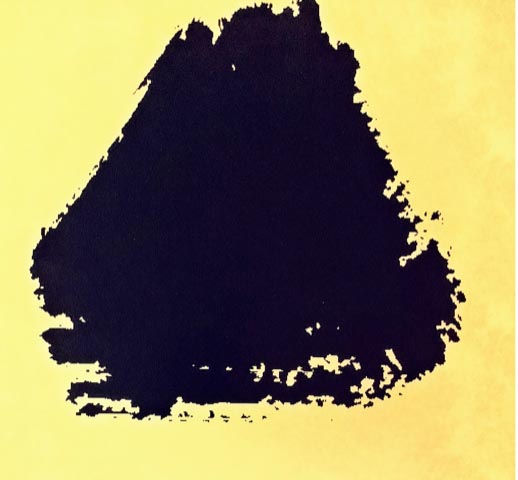 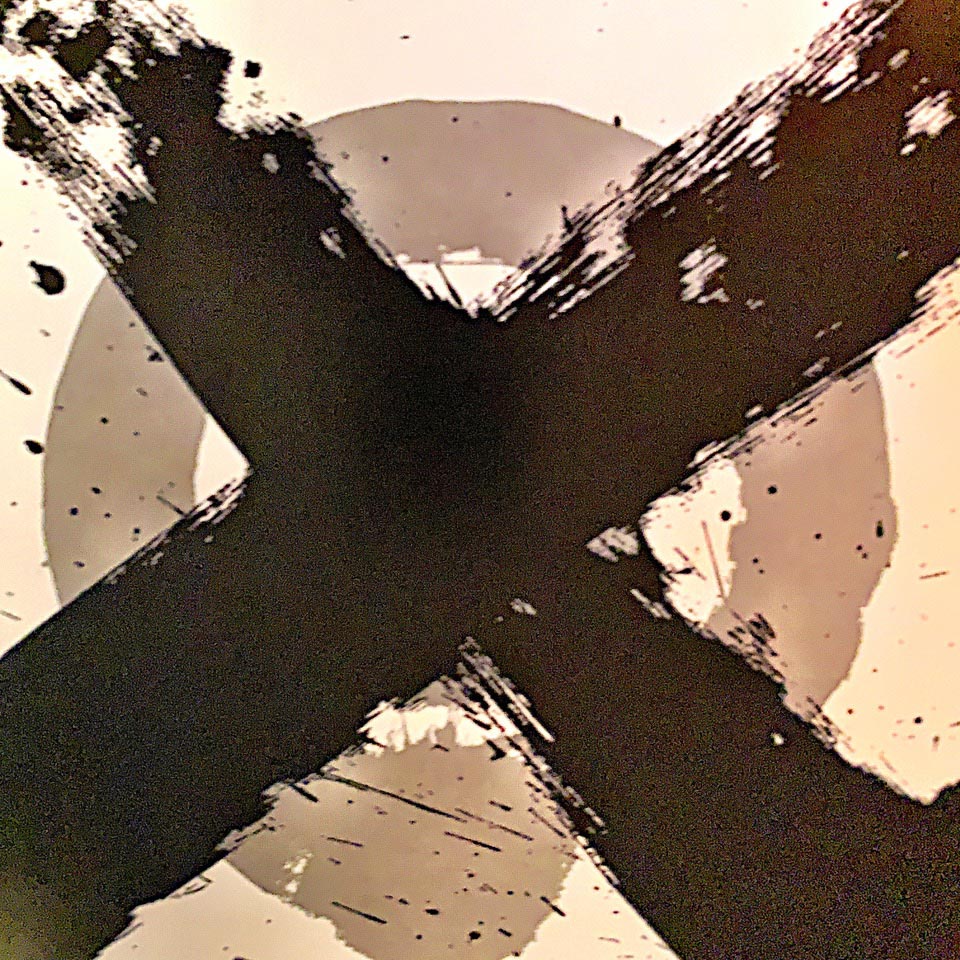 The circle, the arc of the sky—containment. 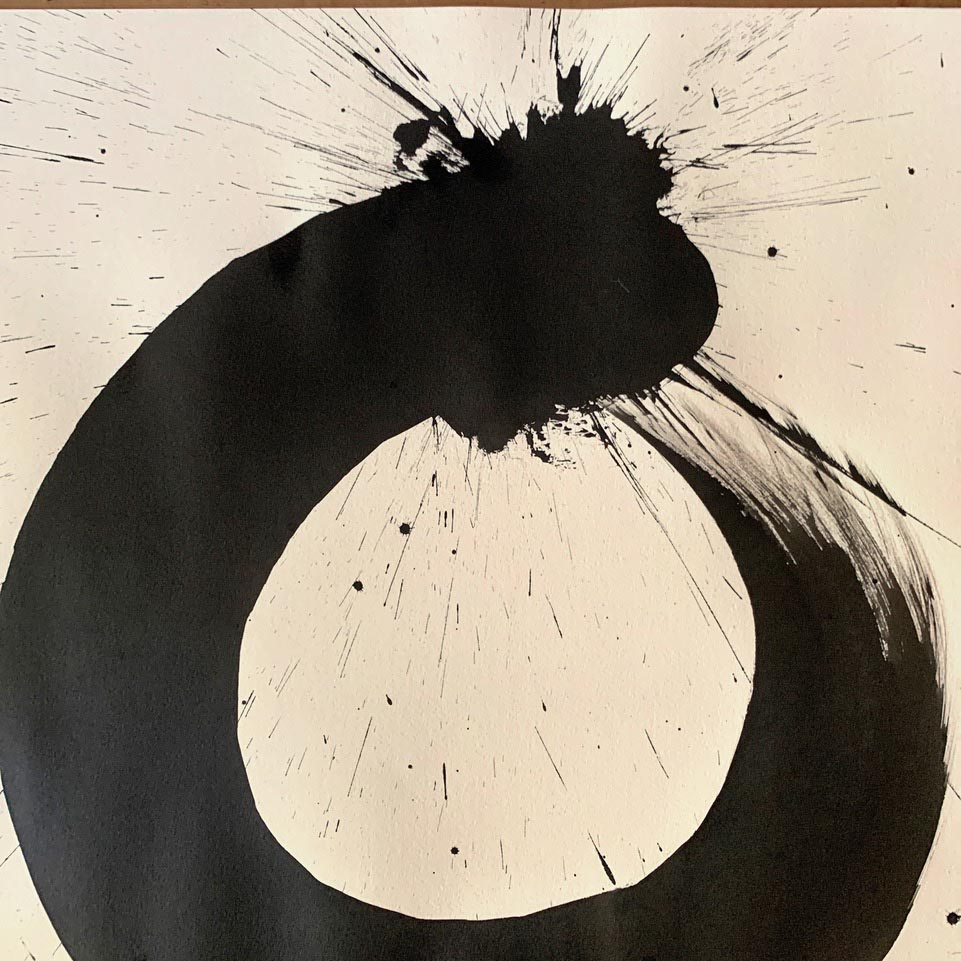 The seed circle in the ring—
the place of presence in containment. 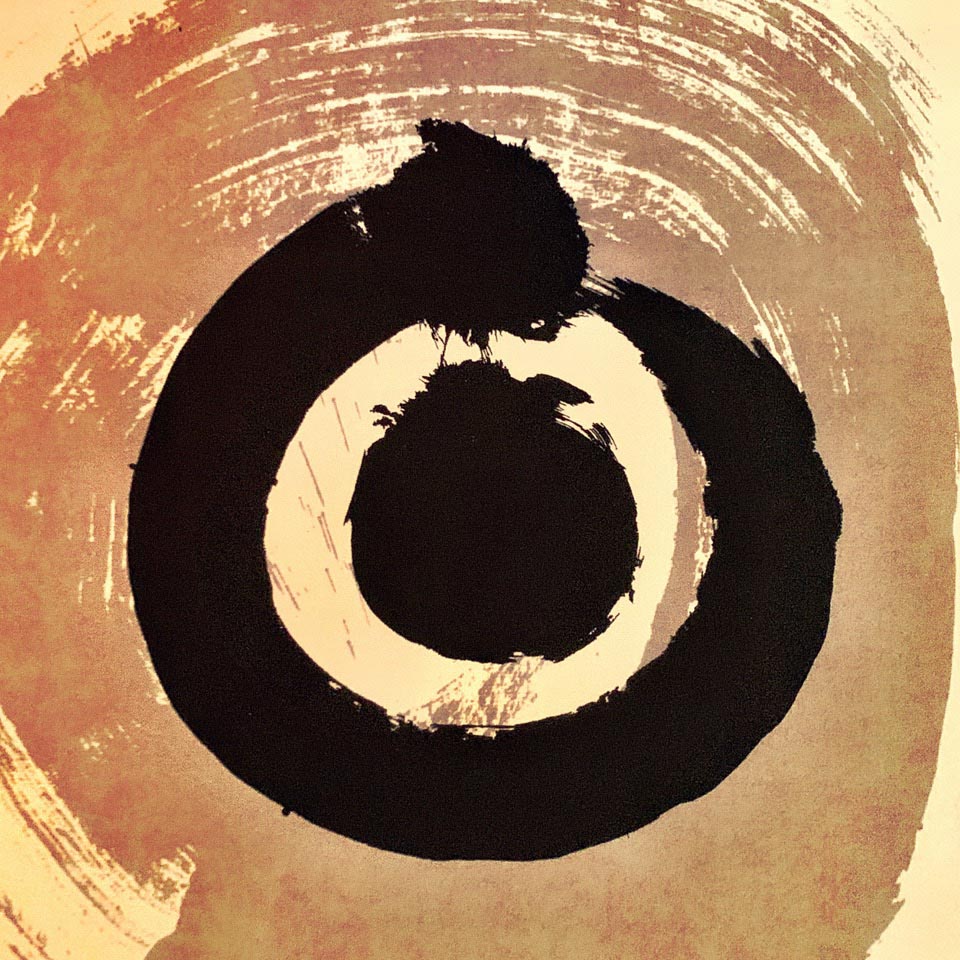 And the interplay of the one in the everything. 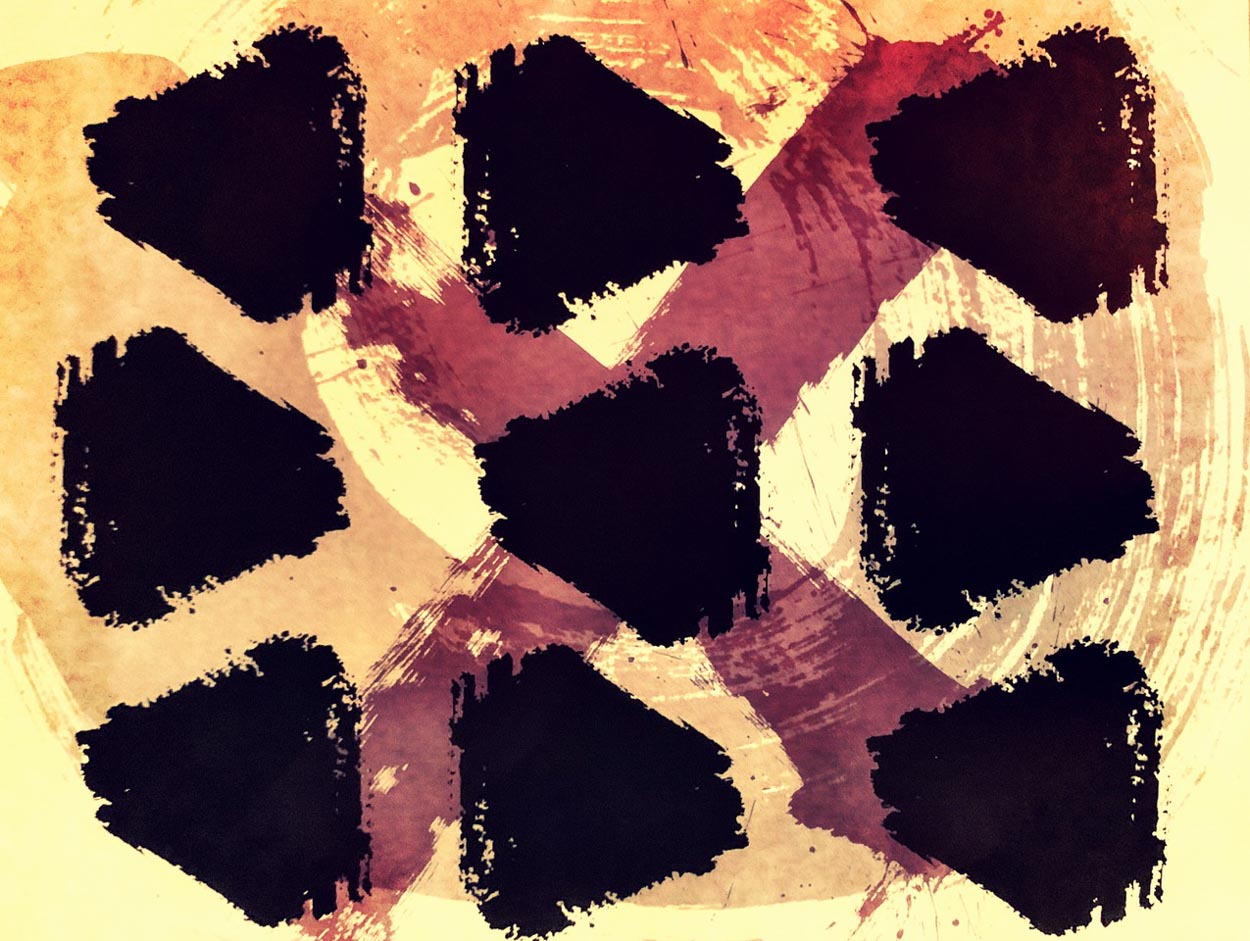 .
That process was built out into a booklet, which you can
review yourself, in a reach to, for a minimal cost and handling fee. 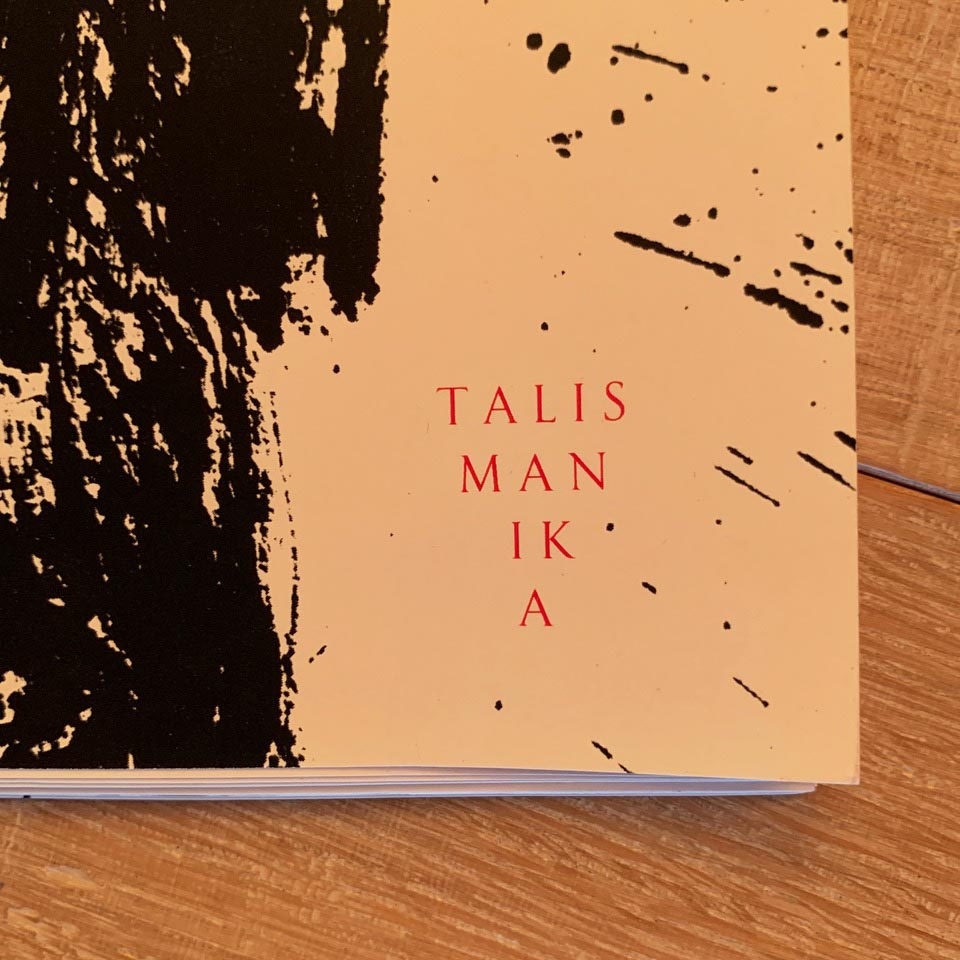 The idea of this expression, horizontally, I’d implemented earlier as a furniture idea, mapping objects with strokes in support of symbolic ideas derived from the deeper meanings of signs—their deep archetypal context. 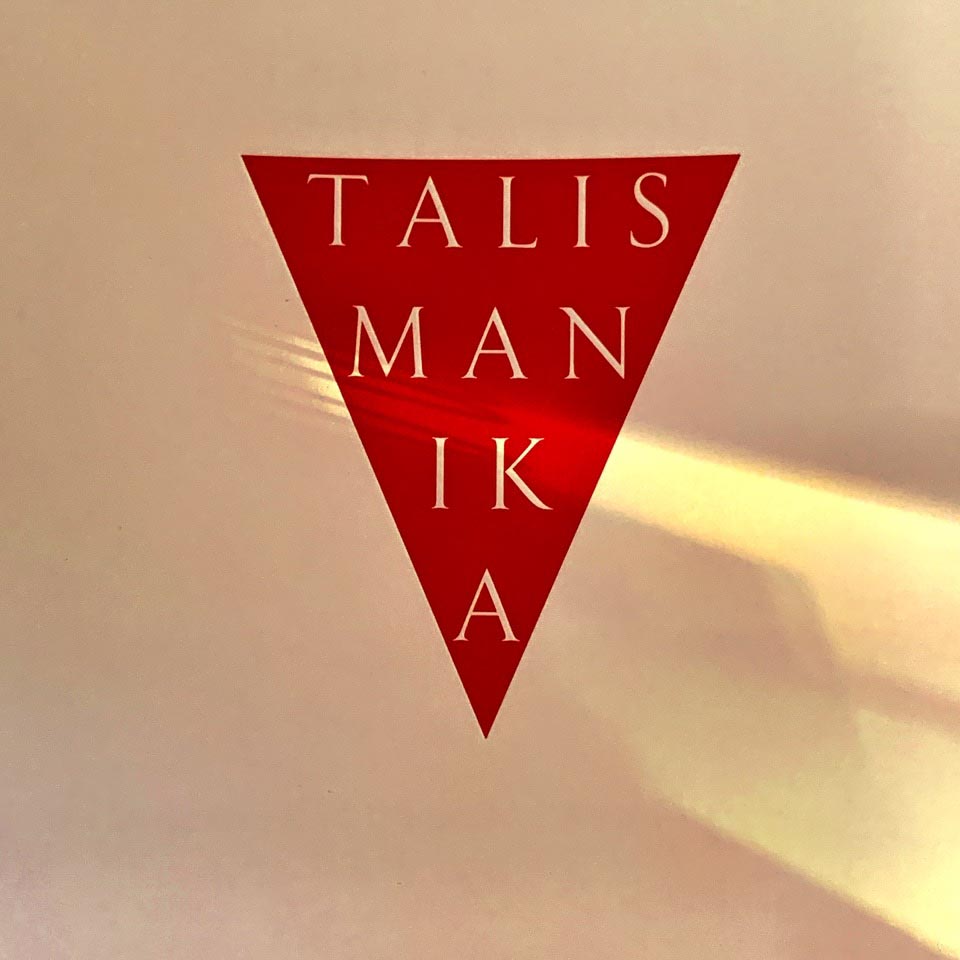 Drawn in the same way, same tools, but on living surfaces—cleaved sections of fallen, urban harvested timber, for furniture and interiors. 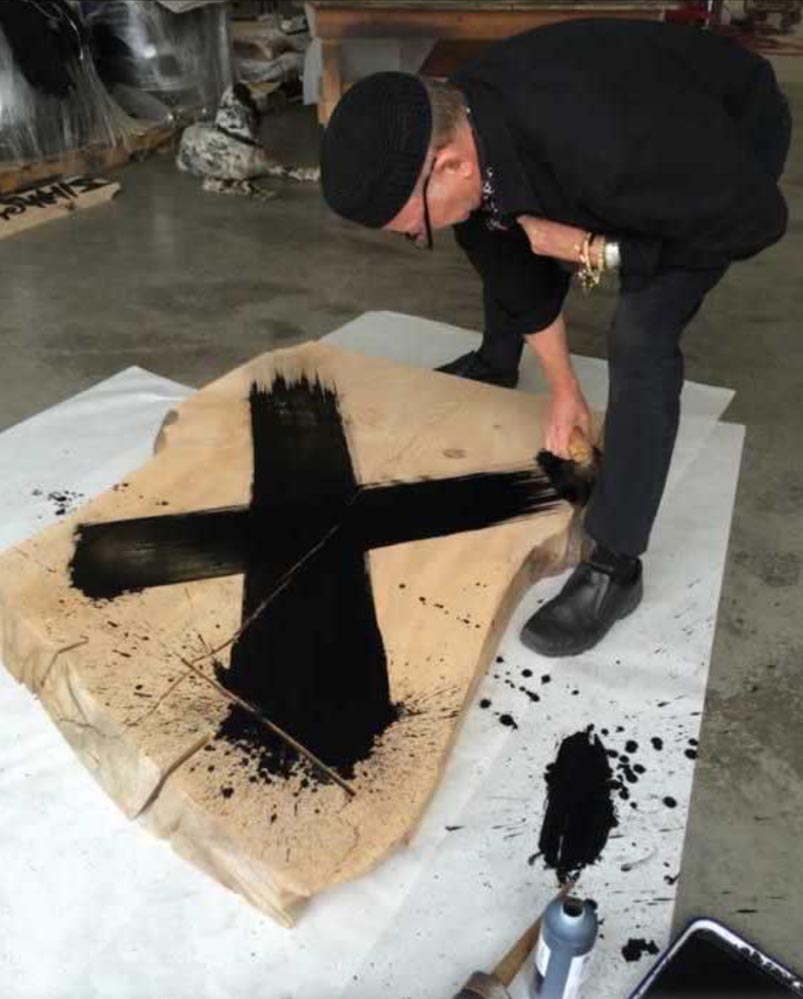 Which applies to other things—arrangements—
in a kind of symbolic power play. 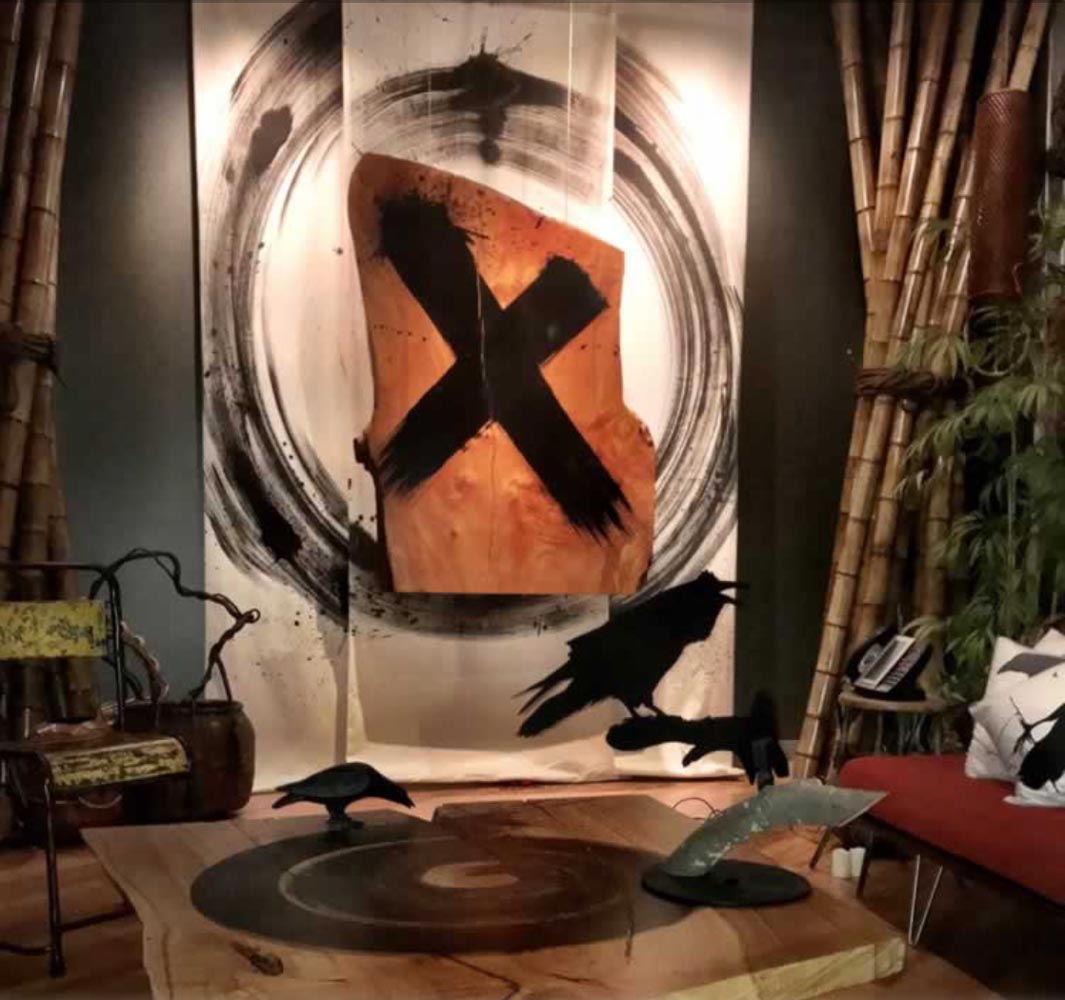 I’ve been calling that Talismanika™—and, in partnering with a manufacturer, Coriander Designs, along with their brand Meyer Wells—the original supplier of the band-sawed, fallen timber—I used in the beginning, we’ve been looking towards a larger scale buildout, marketing and representation as discrete lines inside their brand offerings—Studio Set.

YOU MAKE YOUR WAY—IT’S YOUR MAPPING, YOU MARK THE WAY FORWARDS— A PATHWAY THAT YOU TAKE, AND YOU ACTIVATE YOUR FIRST STRIDE FORWARD. To get somewhere, it’s up to you to take the first step. That, of course, speaks to your life— the journey you’re on, what you’re “doing.” And two—it speaks to the work,…

A GIRVIN Gift for You: December Week 1

Enjoy this free mistletoe pattern to use as your own winter-themed background on your computer, iPhone, or iPad—or even use it to create your own wrapping paper! DESKTOP:  1024×768 \\\ 1280×1024 \\\ 1680×1050 MOBILE: iPhone \\\ iPad Pro
We use cookies on our website to give you the best experience on our website. By clicking “Accept”, you consent to the use of ALL the cookies.
Do not sell my personal information.
Cookie SettingsAccept
Manage consent