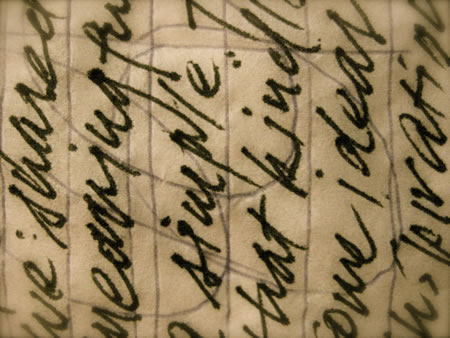 Opening a note, the other day, from someone. It was something — an object — that was a carrying of the touch of that person. A notation, a missive, an expression. It’s interesting, the idea of handwritten, the touch, the inner workings of that person, spilled on paper. What I note, in actually integrating the work of the hand in the brands that we strategize and develop, is that the hand made character can add a dimensionality that can be telling. In the ease of the clinically digital, the hand can be a point of difference. To the truth of that, everyone at Girvin must — literally, by hand — sign each of their cards; and in looking at the cards of the teams, during presentations and opening meetings and exchanges, it’s fascinating to me to reflect on the character of the hand, the handwritten and the evocations of personality. It’s touching.

Flying to Stockholm, to work here this week, I was speaking with a woman who was traveling with a Kindle. I asked her, “what did she think — like it?” The “books, fast download — great,” she offered. But the feeling, to her memory of the experience of the book, holding one — there isn’t any feeling; it’s a technical device. Something is lost. And she worries about the “replacement of the book.” Bill Hill, expert in the design of strategy for Microsoft on the concept of digital books and screen accessibility believes that the book is almost perfectly designed, as an object of reading experience. Thousands of years later, it’s relatively unchanged. 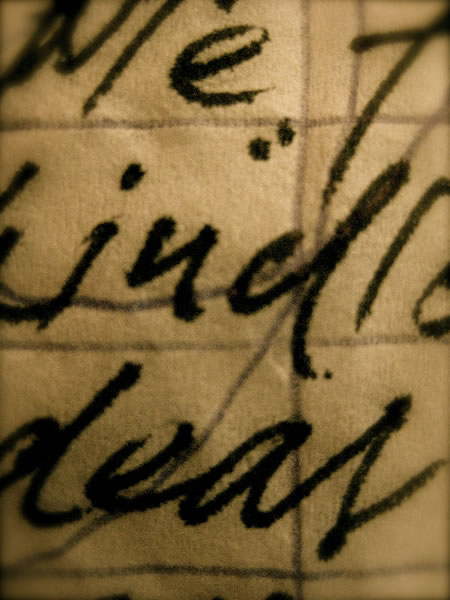 In the work that I do, much of the outcome relates to feeling. Feeling design — brands that have emotional connectivity; they’re touchable, memorable, embraceable. While I’m fully invested in the digital realm, the form of how content traverses hybrid media, I’m still looking for touch.

So I found it interesting, in some now lost overview of what’s missing — what’s dying, in 2009 — one overview cited, as number 9, of 25, is the handwritten note. In speaking with someone that I worked with nearly 30 years ago, he’d mentioned, “you know, I’ve still got all of your handwritten notes to me — even your invoices!” I’m not suggesting that there’s any inherent value to my note, but to the value of the hand-made in communication. That list spreads, in a general sentiment about the loss of handwriting — cursive expressions — in culture generally speaking.

I’m not sure if I’ve got all the facts right, but there’s more here to explore, if you really want to get down to it.

I’m not preaching penmanship. I’m practicing touch. Do something that touches someone — that takes longer than a email blast. Hand a note to someone. It says something about you. 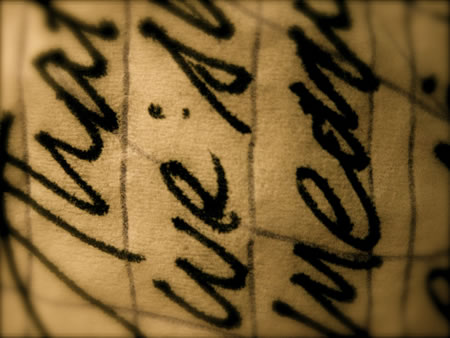 tsg | stockholm
….
Exploring the humanity in the brand:
https://www.girvin.com/subsites/humanbrands

The sense of time in brand: chronology, palaeography and theatrical accuracy. There are a grouping of writers that explore the concepts of typographic design and motion pictures. I'm one. While the notion of typographic precision, in design, is some what of a targeted proposition in Girvin's work on identity, in working in motion pictures, the…

How branding, intuition and distribution built a $300 million product at POP. Hanging out with increasingly younger people, I'm finding exposure to drinks that, well, I wouldn't have thought I'd consider drinking in the past. But I have been, not so much for the idea of drinking them for the sake of added energy, but…
We use cookies on our website to give you the best experience on our website. By clicking “Accept”, you consent to the use of ALL the cookies.
Do not sell my personal information.
Cookie SettingsAccept
Manage consent