As designers, there’s a patterning to be explored, something to be seen, sensed, experienced in the making of place and the character of brand, in story — and the telling of retail. 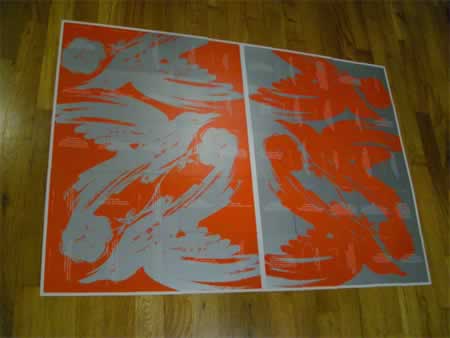 The story for me began some thirty five years ago, working in the beginning as a designer — a calligrapher, a type designer, a creator of books, limited edition printings, drawings and illustrations. I made the rarest of the rare. Then I moved to other things — graphics projects, packaging, hand-drawn logos, signs and shopfronts.

In 1976, I traveled to the UK, to France, to Austria, to Switzerland, to the Soviet Union — Moscow, then Estonia. And that traveling was about exploring and connecting with the best of the best in design. In each, I’d reached out, explored and stayed with various brilliant points of inspiration. Stone cutters, signing designers, scholars, fine printers, binders, papermakers, printmakers, calligraphers, type designers and illustrators. Then, in Moscow and Tallinn, I spoke to groups about American design. That changed my perspective on the work.

In the beginnings, I saw the concept of design as a form of storytelling. And what that might mean is that the whole experience was a celebration of conception. Working over time, in different stores, as a freelance designer, I saw that things could be integrated. And, early on, friends at Nordstrom believed in the idea.

So a campaign would be:
identity
alphabet
signing
merchandising
packaging
concepts and fixtures
broadcast and animation 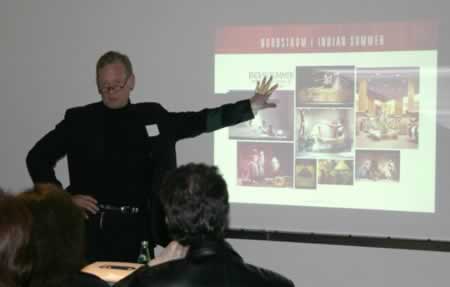 And that is one of the profound components of exploring the conceptions of retail — and retelling.
It is about the story of the brand — the expression of conveying something that is embraceable, something that is captivating — and even something that is psychically powerful — just beneath the surface. It might not even be noticeable, to the gazing eye — but there are reaches in the collective unconscious, the hidden archetypes of sensing content, that are beneath the obvious — the connection of the eight senses of sight, hearing, touching, tasting, smelling. And balance, instinct, memory. And the brand — it can reach to the mind, as patterning — notes in the melody of the place: made.

We walked in the Girvin space — and explored ideas in placemaking. And we talked about energy — the ch’i of design. We talked about the conceptions of wabi/sabi, of shadow, of mystery — and the beauty of dissolution.

And of course, we talked about crows.

And my connection with them.

Good to share, in all things. One story leads to another.

Classic British design, calmly repackaged in the face of fear. I'm sure you've seen this.  (image: Graham Turner | WWII propaganda poster, Woodbridge, UK) If you've been in London, you would've seen it there -- festooned, on the walls, an occasional tube posting. Actually, it's everywhere. And now it's here in the States, as well.…

The examination of nature, replayed in Nature All of us sense the power of the natural, when we can -- and when we have the minute to suddenly step out of the urban workworld, and settle into our place in the natural surroundings, which -- now and again -- we can return to. And in…
We use cookies on our website to give you the best experience on our website. By clicking “Accept”, you consent to the use of ALL the cookies.
Do not sell my personal information.
Cookie SettingsAccept
Manage consent