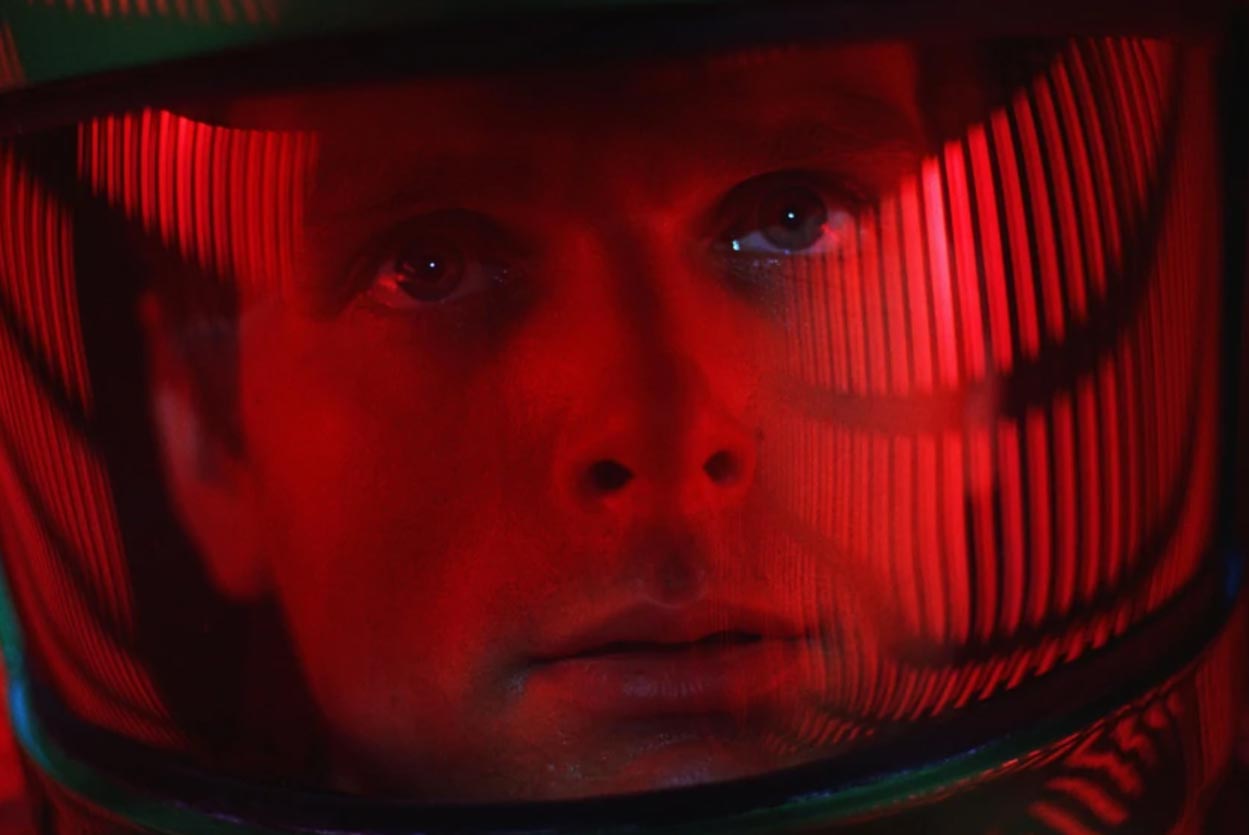 When I think about powerful moments of design discovery, it was likely Stanley Kubrick’s film, 2001: A Space Odyssey that taught me about the idea of thematic consistency, crossing from one discipline to another, particularly in storytelling built space. There were, of course, many striking visual moments, which became an emblematic stylistic reference for Stanley’s filmic art and actor direction—but I remember being struck by the present day to future analogues in currently understood experiences, metamorphosed into a future state impression of hotel lobby interiors.

Obviously, I never saw anything like that. Neither did most of us—except those working for NASA and the Apollo program. Later, I had the astonishing experience of heading to Cape Canaveral for the launch of an Apollo Mission 13, 1970.

But, in a manner, the idea of integrating design messaging in an interior design construct has to get to typography—and this too was an early inspiration—the intra/extra graphics
on the interiors and livery of the space ships. 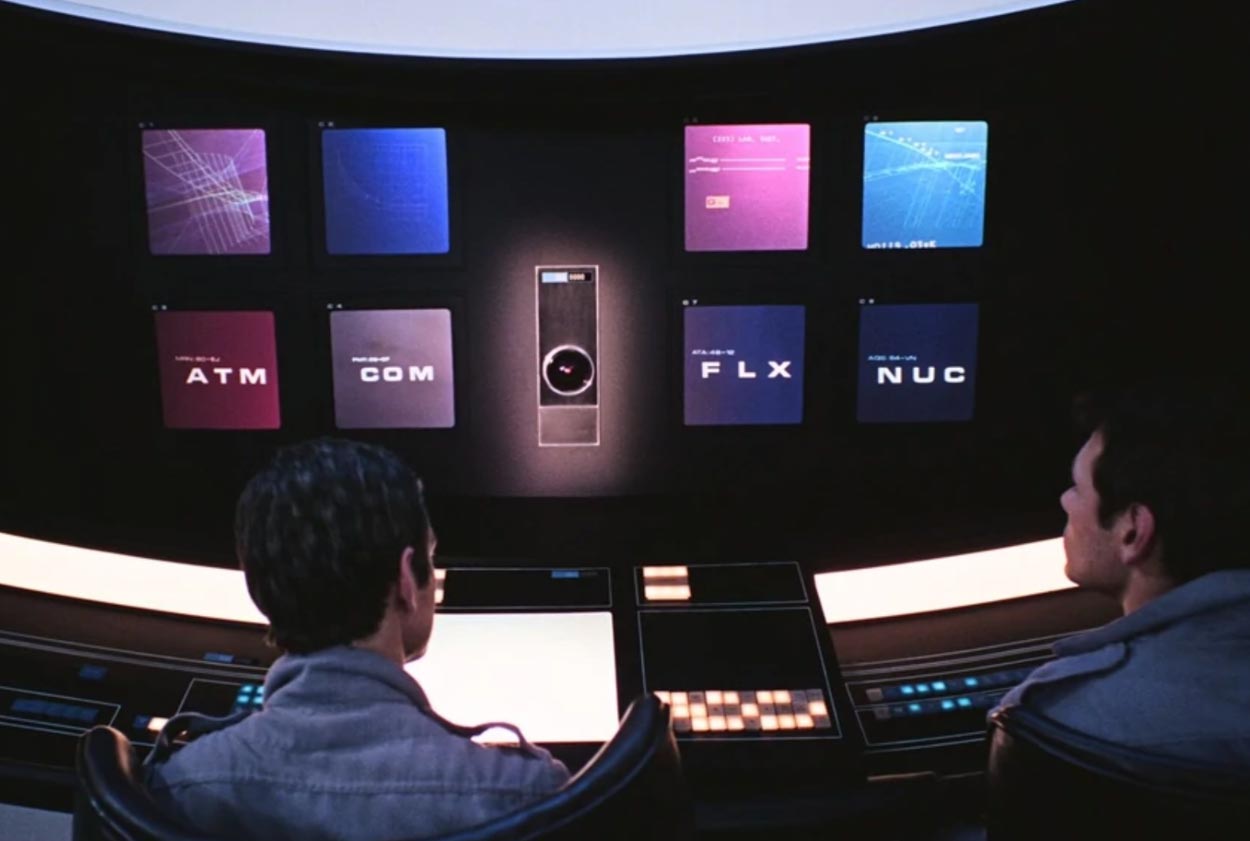 I was struck by the disciplined precision of the set design systems,
from the stark, almost retro-modernist take on furniture to the subtle insinuations of typographic language and early interpretations of UI in the context of guidance—or the unforgettable “exploding bolts.”

But, as ever, to the cinematic collaborations of Stanley Kubrick [another note @girvin.com]—lensing and industrial design production strategy with Doug Trumbull—[who GIRVIN worked with later;] for me, it all speaks to detailing typography in placemaking storytelling—
cinematic and otherwise. 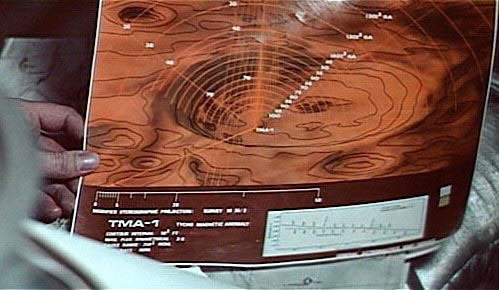 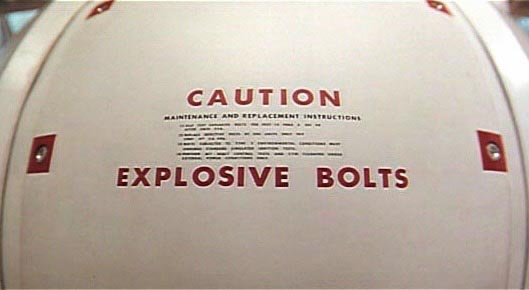 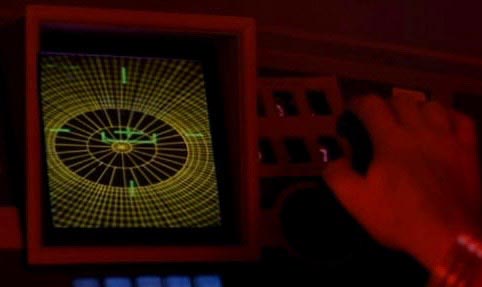 For GIRVIN, this speaks to the alphabetic treatment of placemaking, to my thinking, building custom fonts particularly for buildings and architectural or brand-related renderings, a proprietary font, 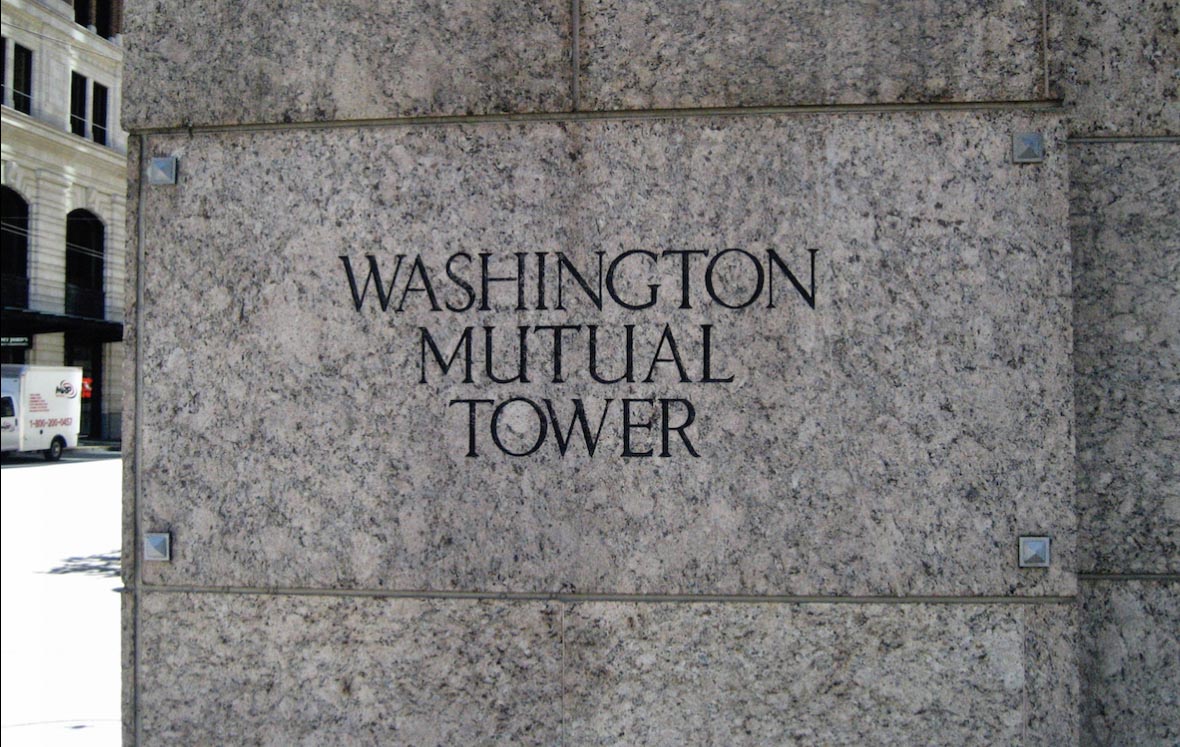 built specifically to align with the design spiritual intention of the building.

For KohnPedersenFox’s building in Seattle, that’s passed through a string of corporate hands, working with their firm and Jon Runstad’s team at Wright Runstad Development, we designed a hyper-classical font in support of their classically derived expressions.

We designed a custom font for the Nordstrom family and their international identity obviously with a deep bow to Hermann Zapf—in a newly customized expression—slightly taller, with an expanded curvature, as in exterior signage, 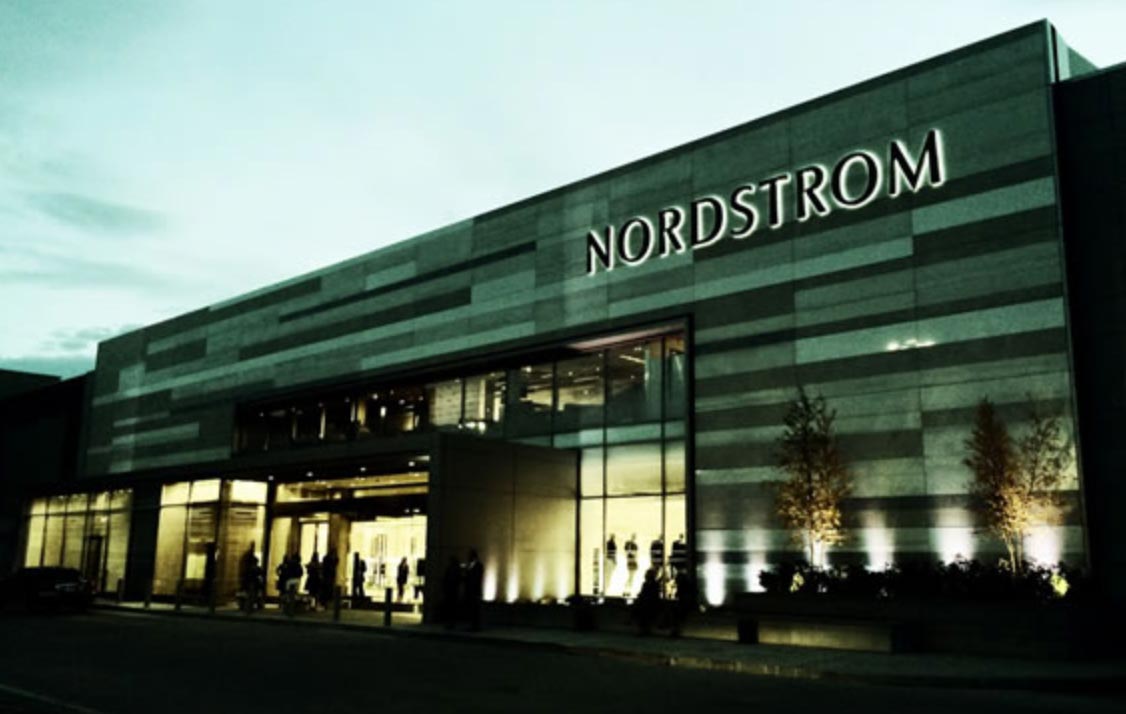 interior departmental signage and a string of print and packaging applications.

For Massimo Vignelli and his then studio design director Michael Bierut, we designed a font specifically for a building signage project—customized to match a particularly disciplined deco-condensed and industrial rendering, as in:

Of course, we’ve designed others that cross from signage applications
to print and broadcast, as well as set design for CBS Studios in Manhattan. 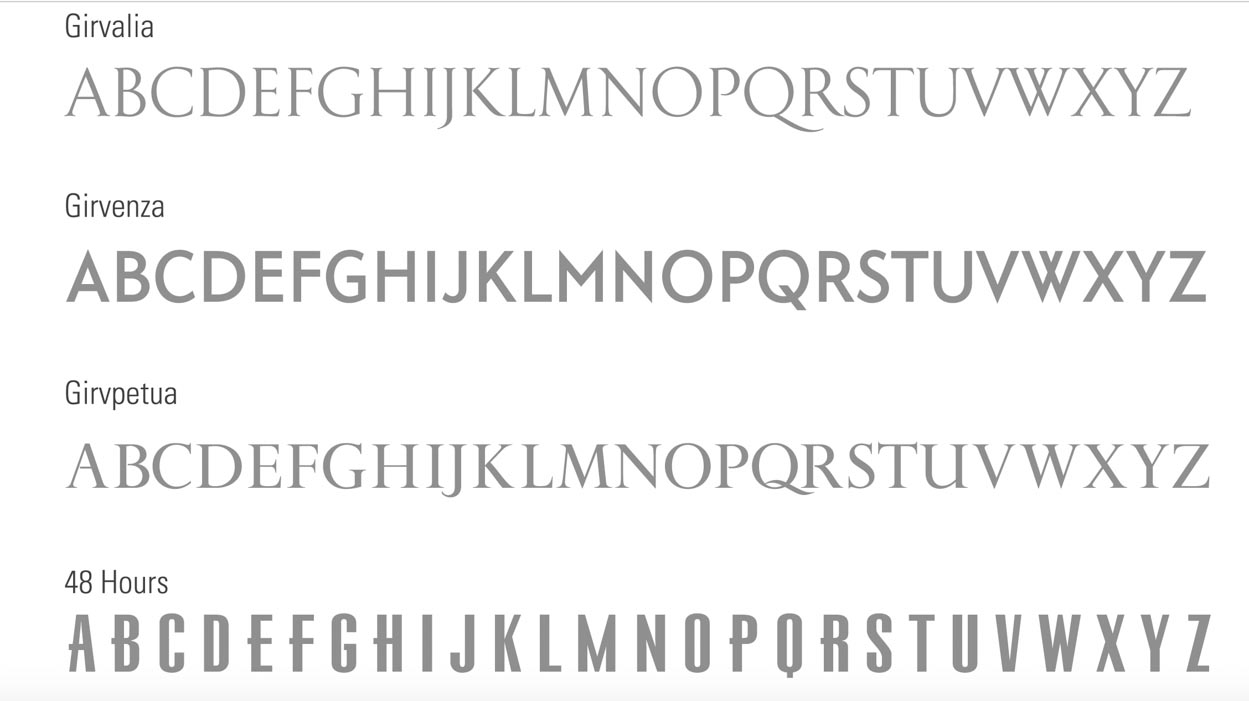 What drove me to looking at typographical alphabet systems for signage came from years of working in retail—naming and designing campaigns for Bloomingdales, Neiman Marcus, Jordan Marsh, John Wanamaker, and Nordstrom. 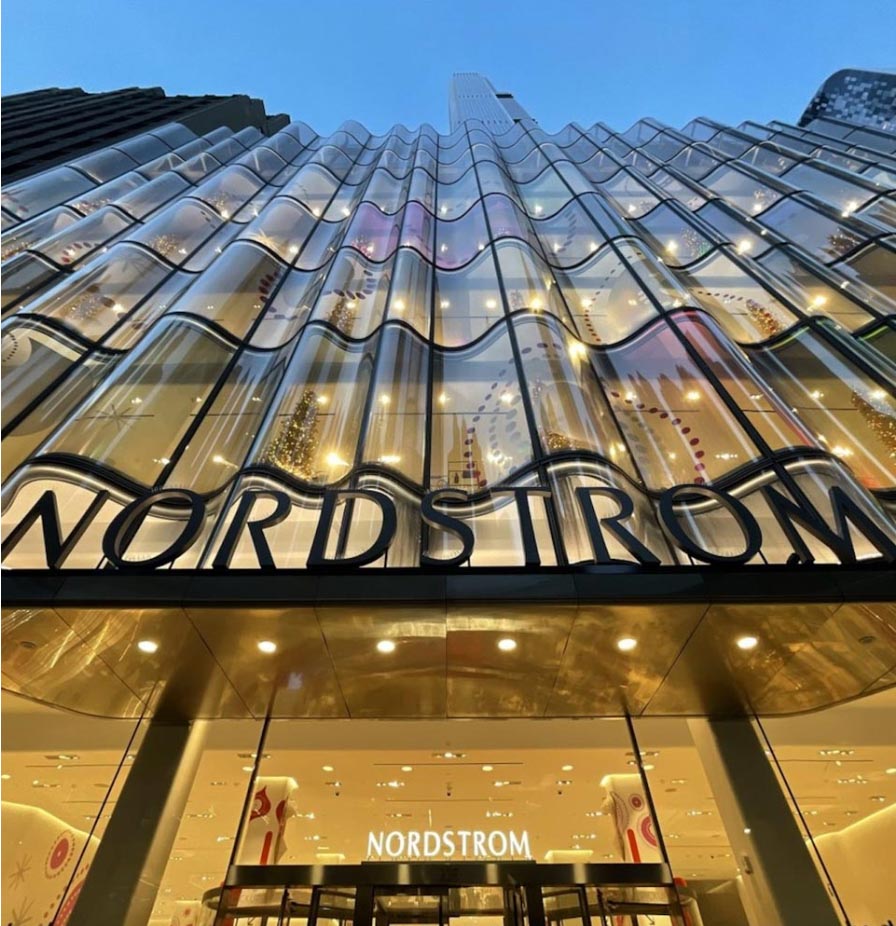 And when people come to a place, the thoroughness with which it’s made,
could influence every little [or large] touchpoint—including the tuning of the font.

And the implications to brand, strategy and the target Image: Disney Marvel Studios In my history, working around brand space, there are inherently central points of business structure, key practices that boost the brand’s proposition—channel core offerings. The strategy for these, more often than not, emanates from the nucleus of the business: the center of…

INSPIRATIONS FOR CREATIVE ACTION, MESSAGING AND DESIGN | THE DEEP STORYTELLING OF THE SEA When I was a child, growing up in Spokane, there would be the occasional parental inquiry—“it’s time for the Opera—a vacation, and where would you like to go?” I had an answer, and it was always the same: the ocean. We…
We use cookies on our website to give you the best experience on our website. By clicking “Accept”, you consent to the use of ALL the cookies.
Do not sell my personal information.
Cookie SettingsAccept
Manage consent