BRAND FEEL. THE STRATEGY OF SENSATION IN BRAND DEVELOPMENT 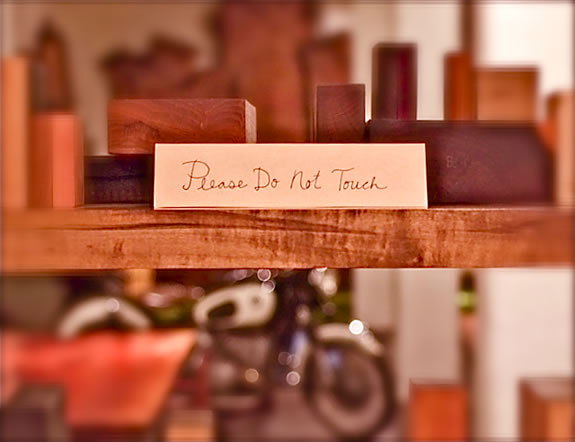 BRAND TOUCH: SENSUALITY AND THE IMPLICATIONS OF SENSE IN THE VIBRATION OF BRANDING

When you think about it, would you describe yourself as a sensualist? Would you call yourself sybaritic? Do you indulge in exploring sensation? You’re a…voluptuary, bon viveur, sense-seeker?

When you contemplate a brand experience, your relationship to the enterprise, is there something about touch?
––––
As a student of etymology, my journey—from Middle School Latin–is to look at lexicographical modeling, how words have histories, layers of content and meaning that reach to their etymon—“the true meaning of a word,” according to those that made the word: the Greeks.

These can be mapped and built out to a foliage of arrangements of words and their meanings—as interrelated branches. That map-making comes back to an earlier brand consulting effort, walking around word searching programs and App development–a word cartographic tool that is expansible—one word search leads to another, which is VT.

It’s a word gardening tool that speaks to those that might
have an affinity for tendrils of information —
entwining paths to more words.

This word, sense—which speaks to feeling: Latin: sentire, I was thinking about the nature of sensation and sensuality, the holistic sensate spiderwebbing of scent, sight, hearing, taste and touch.

sybarite
“Those who don’t mind indulging in too much of a good thing are good candidates for this word, which denotes one devoted to gratifying sensual pleasures. Their role models were the denizens of Sybaris, an ancient Greek city in what is now southern Italy.”

The point to designing experiences will be how wholly you, as the theorist, designer and strategist for sensate sequencing will embrace the character of how the senses interplay—the sensuality of it all: whole. 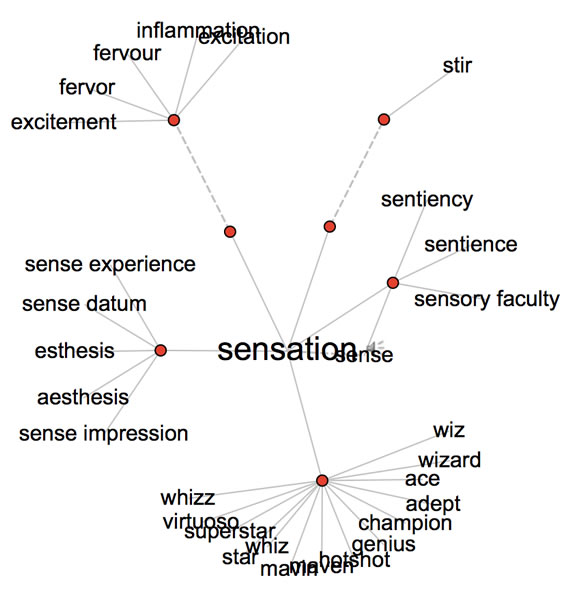 In the past, we’ve written of a metaphor to think about branding as spherical—with all the senses linking into one impression set—in the construct of brand rippling, the ever-expanding
circular rhythm of awareness,

We’ve thought—in these brand metaphorical meditations—and written, about passion and pain, magic, sentience, and attention all as attributes of that layering of experience in the context of the spherical nature of sensationalism. 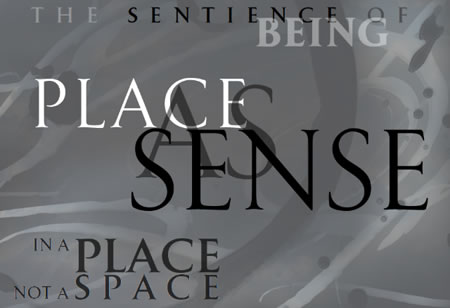 As we’d noted earlier, to the modeling of sentience and sense they are inherently two different words in their original etymon—one, sentience, from the Latin, sentire which is, simply “to feel.” While the framing of the historical context of sense, from the Latin, sensus — which, in its most ancient voicing is “to go” — and in later interpretations, it came to gather content through the centuries of use, which is: “perception, feeling, undertaking and
the
quest
for
meaning,”

Ultimately — sense and sentience are two different words, but they both have the deeper seed [PIE: sent] meanings of “feeling.”

If you feel something, you’re going there—you’ll touch it, because you’re close[r]. And as designers of experiences, it’s precisely that—we’re going somewhere, that new kingdom of sensation and journey—and are our audiences coming along for the ride?

We’ve talked about
that idea — “going there.”

You’re not here, now—you’re there, someplace new, you’ve crossed a threshold to a new perception of “place.”

Some people are highly analytical in their relationships to brands—they think-through pricing, value, relevance to need, resonance to holism.

It’s not emotional—it’s relevant because it serves a use; it’s dispassionate and remotely committed. But it’s a start.

A harder sell. A different set of judgement tools.

Others move from a scanning analysis to an emotional connectivity that is almost more psychic to the haunt of desire—the holistic story is embraceable, but it’s not only embraced, then engaged, but finally held as a resonant belief.

Others define this as a statute of neurological—emotive branding, we’ve commented on that premise.

Still, even neurological strategies come back to emotional captivation. 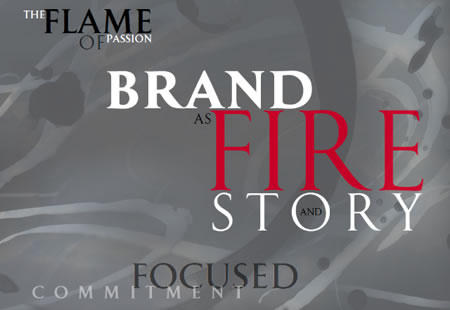 This grouping of images, from a GIRVIN talk at a conference in British Columbia close the premise—brand, emotionality, design unthinking—the sensual base of brand meaning. 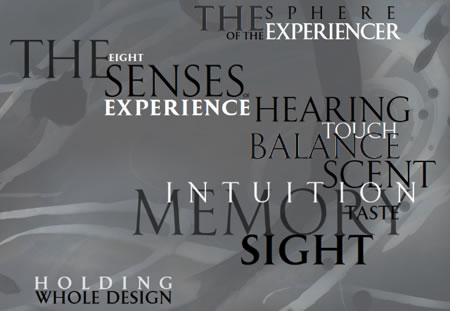 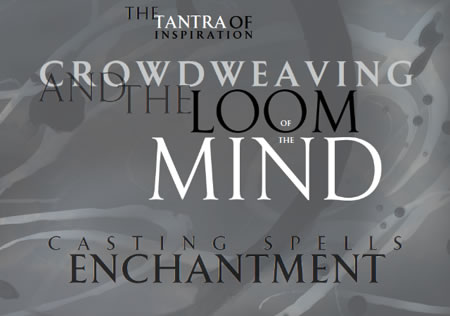 Think of experience design strategy as an experiencer—your journey in, to, inside, around and through.

You smell.
You taste.
You hear.
You touch.
You see.
Design like it.

NEURAL-MARKETING: THE PSYCHIC PLACE OF BRANDING

In the journey of brand strategy—trying to define brand direction and orientation—there is an alignment between stance, intention, personality and direction: future visioning. It’s a synchronism of story—which invariably involves humans and their build-out of the brand. What that might come down to is an examination of the core principles—the cultural character of the humanity…

THE FOG OF BRAND | UNCERTAINTY IN A TIME OF CLARIFIED VISIONING

THERE’S A BRAND THAT YOU KNOW, ONE THAT IS CLEAR, CLARIFIED—YOU KNOW WHAT IT STANDS FOR. AND THERE IS A BRAND THAT IS FOGGED—IT’S UNCLEAR, VAGUE AND FORMLESS. WHICH DO YOU HAVE A RELATIONSHIP WITH? What is a brand? It’s a marked enterprise that has a coherent link between its cultural and designed representation that…
We use cookies on our website to give you the best experience on our website. By clicking “Accept”, you consent to the use of ALL the cookies.
Do not sell my personal information.
Cookie SettingsAccept
Manage consent