THINGS SHALL GET BETTER, THE UPLIFT OF OPTIMISM: YES TO IT!

BACK IN SPOKANE, I FOUND THIS PANEL THAT I DREW FOR MY PARENTS; STILL THERE, NEXT TO THE PIANO. 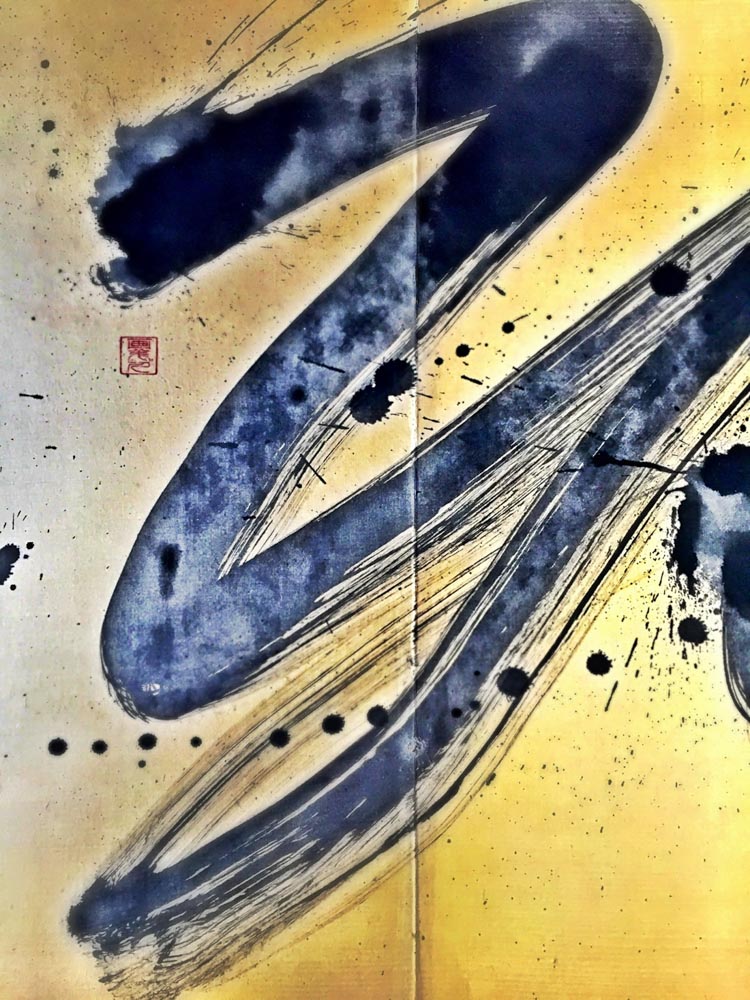 THE MEDITATION ON THE ANSWER OF UPLIFT—YES!

I went to Spokane to see my family—my Mother and Father, for a check in—both in their 90s, there has been a health-related challenge for each of them, and I went to see them, talk and explore the things that we know, the things that we worry about, and the need to keep the eyes up, looking towards uplift, the positive range of view.

It reminds me of my grand children, and the specifics of diction. This one child, who happens to be my six year-old grandson Ellis, and he was saying
“No.”

Meanwhile, my other, our first-welcomed 10-year-old grandson Isaiah has a special way of saying “Yes.” It’s very specific vocal enunciation, a precise diction he offers. It’s very particular, he speaks this word with a kind of certainty and clarity which is amusing and charming. His Mom, my daughter Gabrielle, also speaks this word in a particular diction; and it’s a shared inflection. Others have picked up his precise way of pronouncing yes.

It’s an optimistic offering.
And it says to me—
“Yes, to Everything.”

When I was asked to draw something on this panel by my Mother, I was thinking—it should be “yes.”

What is that sound, yes?
The theory is that yes
is “yea,” matched with si.
And aligned with “Ja” an affirmation of an older language than West Saxon and Old English — gea and ge, which is “so, yes,” and probably comes from a far more ancient grouping of seed sounds,
the PIE—and from that, “over there.”

And it comes forward to Latin idem, “the same” and id, “it, that one.”
So the answer is “that one”—the yes.

And that phrasing came back to my memory, as my mother said—“hey, I have this folding screen, want it? Draw something on it?” Seeing this panel again, this last weekend, I was reminded of that conversation—and what next?

“Sure,” I thought about that for a long time. Months, actually.
“What could I draw on that?”
Then I finished it
in a matter of minutes. 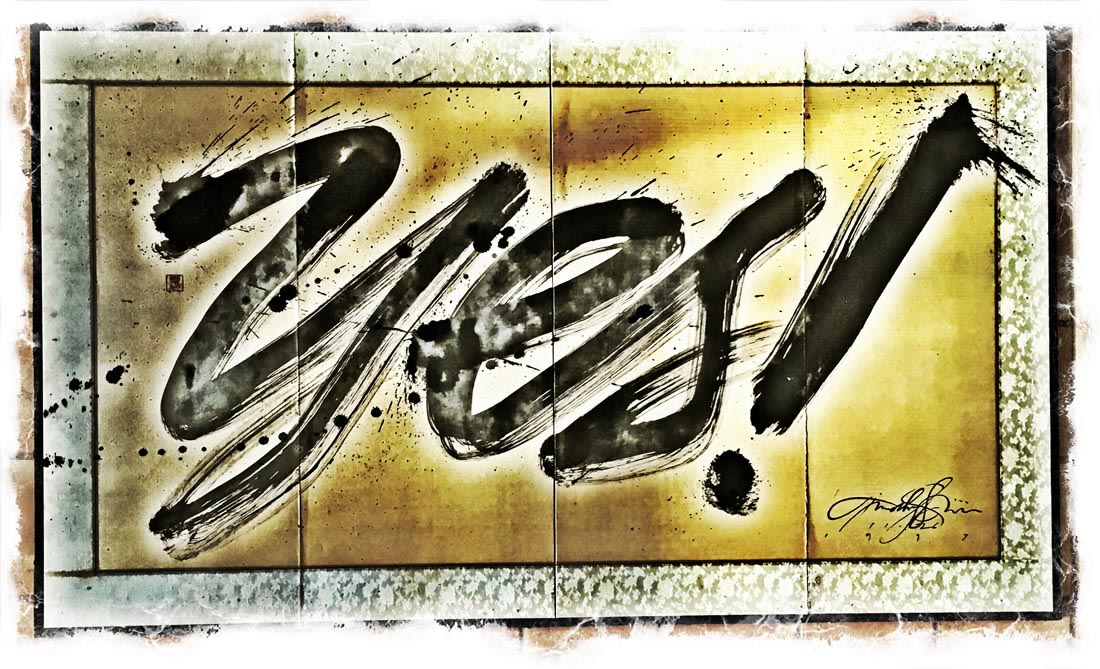 I ponder the big yes, the big “that one,” and
then the smaller worlds that lie within the ink, smoke, strokes and
the mysteries of how the black
ink comes on—it draws out the breath of the voicing, and it goes
in
the paper.

The brush strikes and buries its head in the paper—plays out the enthusiasm of the movement, and momentum, which laps it up like a hungry entity—
and that match-up, that synchrony of thought, word, action, imagining and sheer uplifting energy leaves its own world
in worlds. 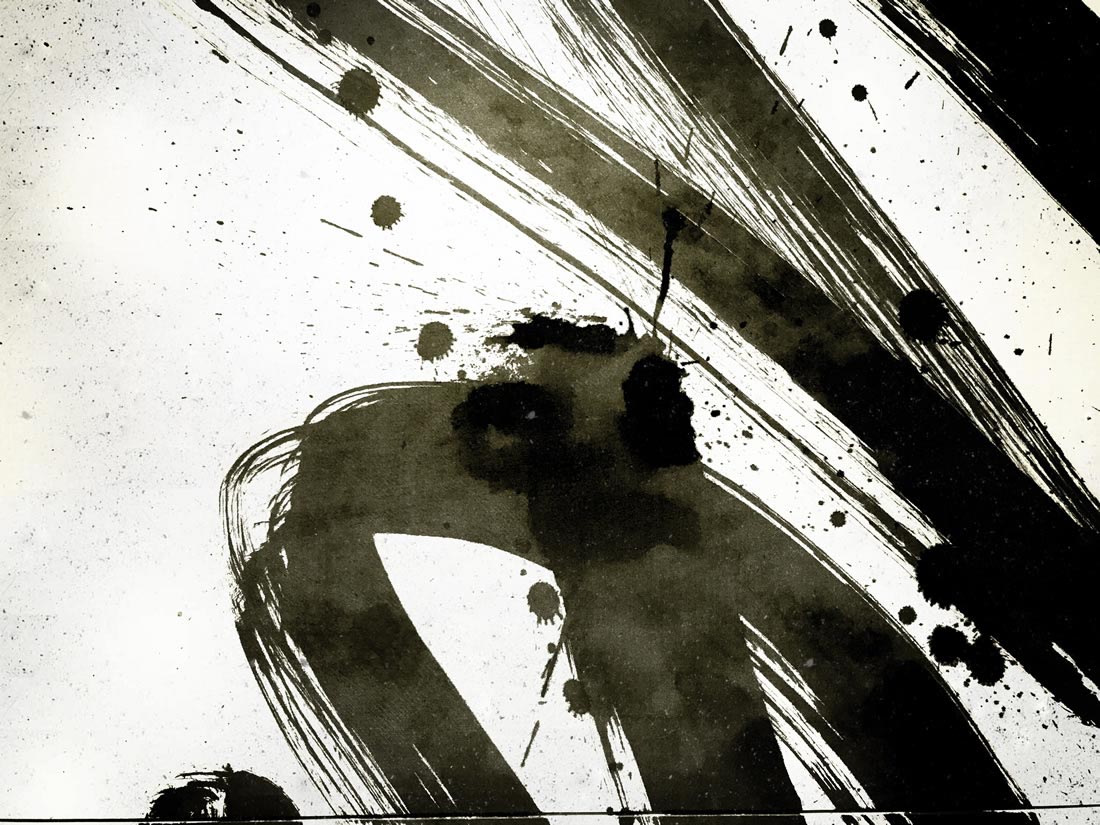 Inside any stroke, there is the world of that which is marked—the blackening of washi, and there is the world of what is left behind, the white of the stock which tells its own story, the movement of the nothing, with the something.
And in “yes!” there is energy, life force—it’s a measure of goodness and wonder, power, healing and uplift. It’s optimistic—it can be. 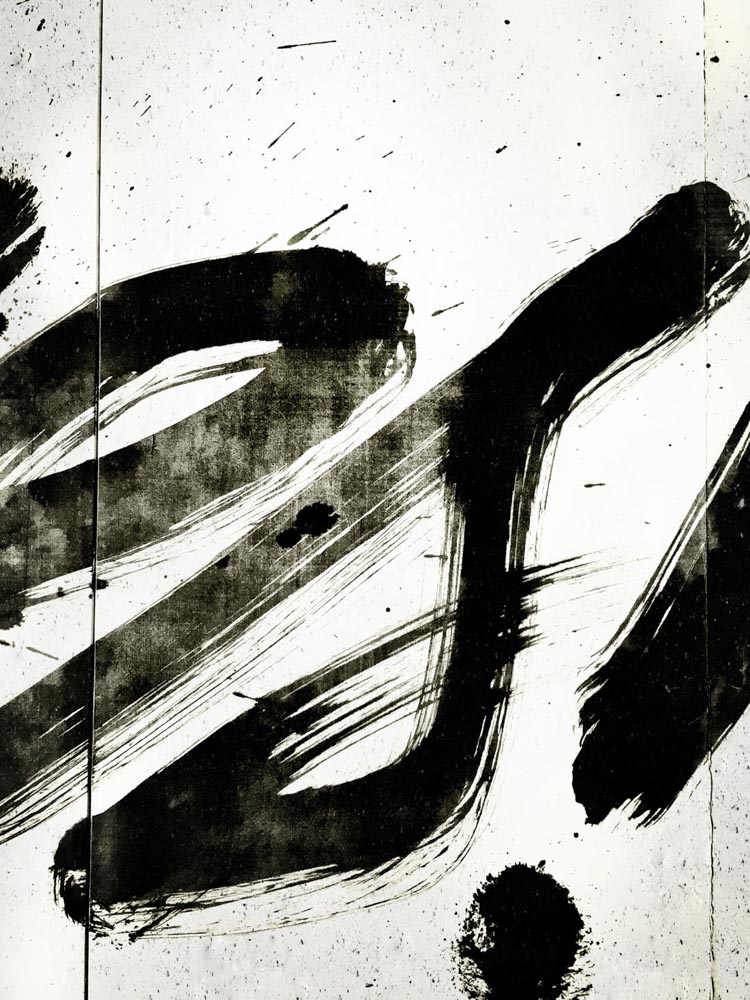 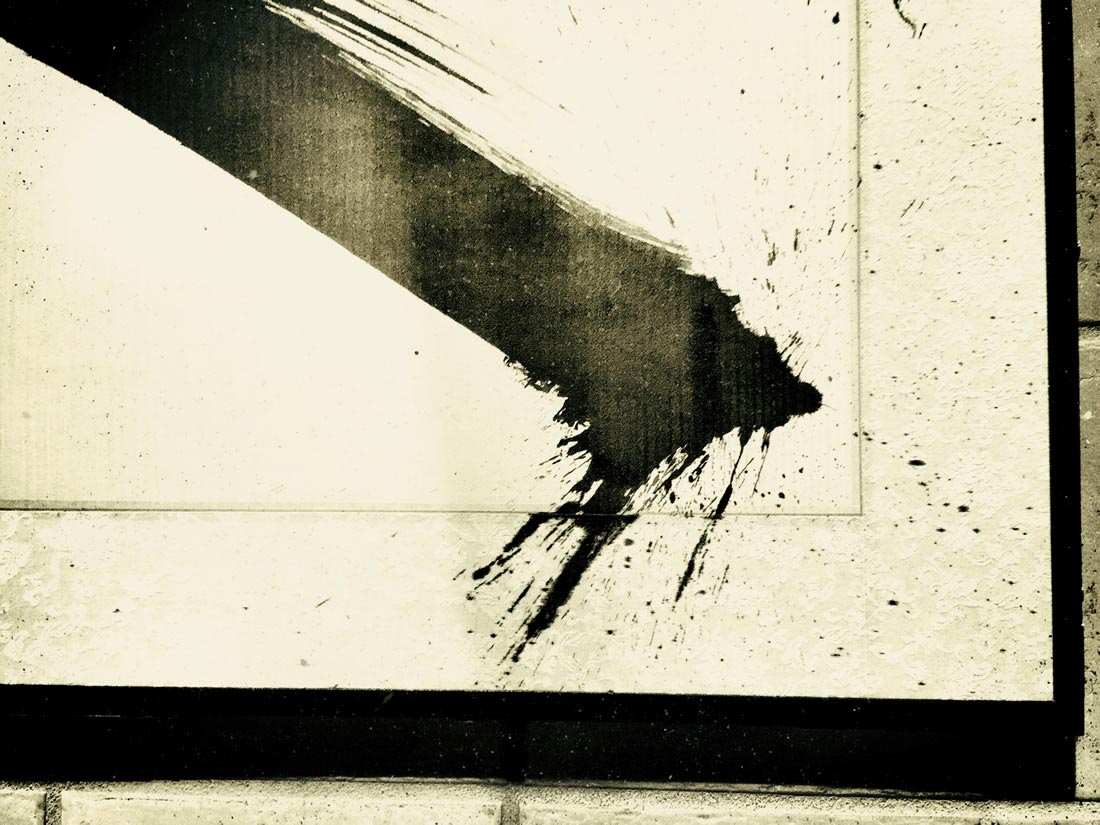 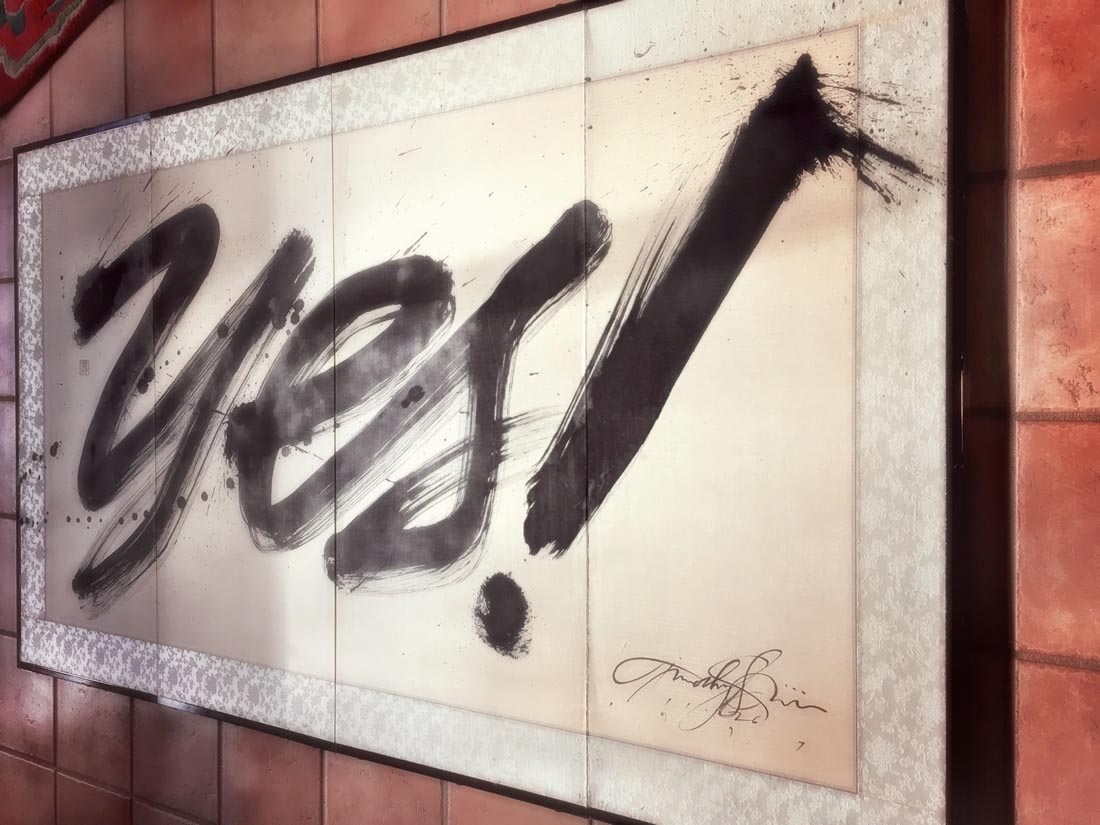 Life—living inside that balance—
yes it can, and shall, be! 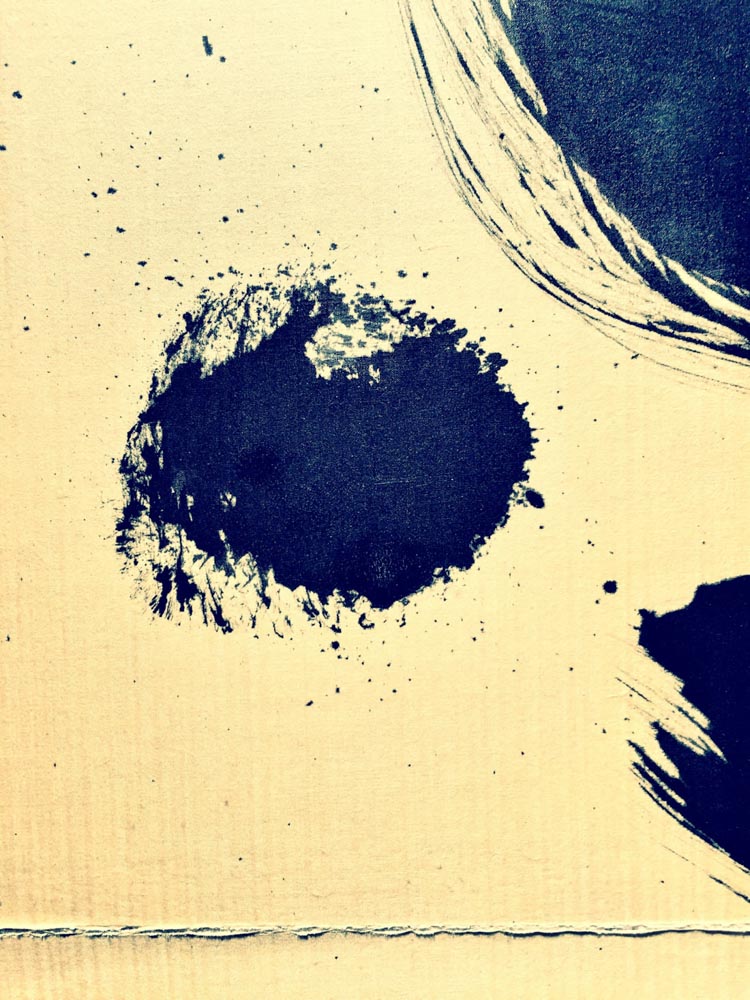 The energy holds no boundary, it leaps off the edge, to the future of possibility. 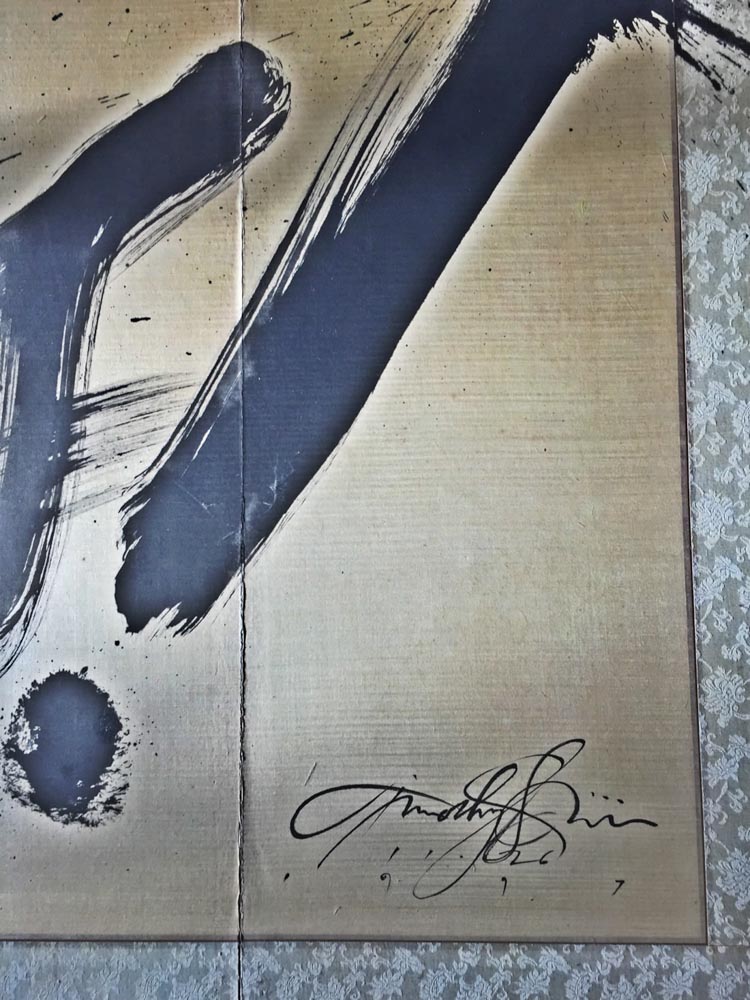 I’ll take that as
a yes.

That was back then—back and back—to the answer of “that one.”

When you think of this, then that, your answer might be
“yes, then—that one.”

How you say yes tells the story of
what you think about the word,
and the meaning,
of
yes.

That brings back another meditation, that being—in this darker time for everyone on the planet—optimism, what could be a better vista for our view to the future—and I draw on the past, to contemplate the future—uplift for all. 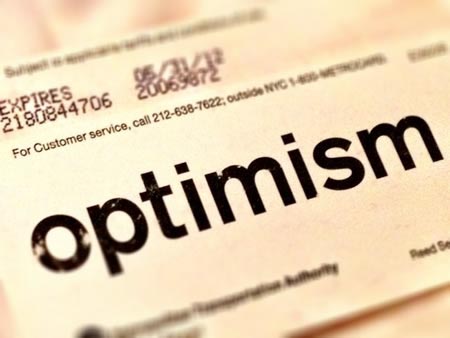 The word works: and that optimizes.

Going back to Manhattan, I was working in NYC, I was rifling through my wallet, heading downtown to the office, I pulled my subway card—which I’d noted in an earlier overview—and you remember it, as a Metro rider, yes?

Optimism, the MTA card.
There’s a word, that word—placed—says more than the word alone. It is the message—and it’s what we all need right now—worldwise, and my family in Spokane.

I was working in a client questioning and listening session, in Seattle — the bridging between the power of the person, and the personal, the brand, the soul, the presence.

In looking into the soul of brands, there is love, warmth, passion, insight. Brands, their stories, are invariably about humans. Humans make them for other humans. If they love their work, then what they make—will be love[d].

During this listening, an emergence: a brand character—optimism. What is that word? From the Latin—optimus—simply: “the best.” To the idea of the best—to doctrine, holding to the principle, “the best of all possible worlds,” in which the creator “accomplishes the most good at the cost of the least evil.”
Good will prevail.

If the core intention is to make, or to do, something good, then the ultimate turning
will bring this power,
this outcome, into play.

Look up, look out, you see what’s up
and what’s out—lifted up.

And, in a manner, the craft of making—brands or otherwise—will be about “construction” a constructive move to building. To pile, to build together, accumulate.

Make: create, to form, do, prepare, arrange, cause, behave, fare—and finally, transform. And this link, to work—which, to engagement in action, the making, ties to the ancient word for urge—the need to create.

Designing for perfume—the detailing of scent-related *experientiality: D I P T Y P Q U E. When I see things, invariably I smell them. When I touch things, I hear them. It’s a trait of curiosity—it’s one thing to see things, it’s another to touch them, still another to taste them, or hear them. And…

THE X FILES: ALPHABETICAL SYMBOLISM AND THE CROSSROADS OF CONTENT

DESIGN STRATEGIES, DEEP BRANDING, METAPHORICAL NARRATIVES Of course, we have a different way of thinking about the alphabet—as designers, as brand fire starters, letter crafters and identity theorists. If you’re thinking about a letter—what’s your favorite? Me? X. As I’ve written before about the symbolism of the X, in what appears to be the most…
We use cookies on our website to give you the best experience on our website. By clicking “Accept”, you consent to the use of ALL the cookies.
Do not sell my personal information.
Cookie SettingsAccept
Manage consent